Harvey Weinstein, the former Hollywood film mogul who is serving a prison sentence in a New York state penitentiary for rape, is being accused by another four women of sexually assaulting them on separate occasions decades ago.

In 1994, Weinstein, who has been accused by scores of women of a range of sexual crimes including harassment, rape, and assault, is alleged to have lured one of the women to a hotel room when she was just 17 years old.

He has denied the allegations, saying any sex was consensual.

Harvey Weinstein, 68, is seen above being led into a Manhattan courtroom in February 24. Four more women have filed lawsuits alleging Weinstein raped and sexually assaulted them decades ago

They are accused of fostering a culture of silence which allowed the abuse to take place.

A spokesperson for The Walt Disney Company told DailyMail.com: ‘The Weinsteins operated and managed their business with virtual autonomy.

‘There is absolutely no legal basis for claims against the company and we will defend against them vigorously.’

Harvey Weinstein allegedly told the 17-year-old girl to meet him in his room for a business meeting to discuss an acting opportunity.

According to the lawsuit, Weinstein, 68, greeted the girl at the door while he was almost naked.

He then sexually assaulted and raped her, it has been alleged. The lawsuit’s filing was reported by the New York Daily News.

‘Because she was on her own in a hotel several miles from her home, with no way of getting home without Weinstein’s associate taking her there, she decided to keep her cool and try to get through the “meeting” as quickly as possible,’ the lawsuit states.

Initially, the girl, who is referred to in the court filing as 43-year-old ‘Jane Doe II,’ rejected Weinstein’s advances, her lawyers claim.

But then he cornered her and forced her to perform oral sex on him, it is alleged in the lawsuit.

Weinstein then proceeded to rape her, according to the filing. 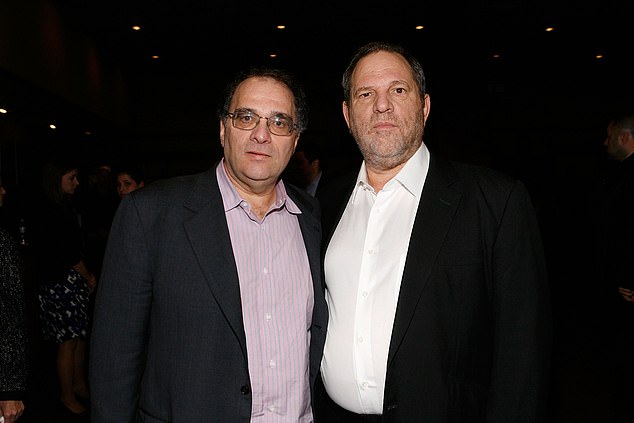 Weinstein’s brother, Bob (left), is named as a defendant in the lawsuit. He is accused of fostering a culture of silence which allowed the abuse to take place. The brothers are seen above in November 2009

Afterward, Weinstein demanded that the girl turn over her driver’s license.

He allegedly threatened her, saying that if she revealed what happened, he would ‘not only make sure she never got to act in any films, but also have his associates track her down and physically harm her and her family.’

According to the lawsuit: ‘She was thus afraid to come forward until now.’

The three other women named as plaintiffs in the lawsuit make similar allegations against Weinstein.

Jane Doe I alleges that Weinstein raped her in a hotel room during the Cannes Film Festival in France in 1984.

Weinstein’s brother, Bob; their onetime production company, Miramax; and the Walt Disney Company, are also named in the lawsuit.

‘As Harvey Weinstein’s sexual abuse of young girls and women continued for decades on end and became harder to conceal, the number of participants and facilitators continued to grow,’ the suit states.

‘There is no doubt that Harvey Weinstein was acting within the scope of his employment while sexually abusing Plaintiffs and, as evidenced by his repeated avoidance of discipline, had his behavior ratified or concealed by higher-ups, managers and principals’ at The Weinstein Company, Walt Disney and Miramax, according to the lawsuit.

Disney acquired Miramax, the film studio co-founded by the Weinstein brothers, in 1993 for $60million.

The Weinsteins continued to operate Miramax until leaving the company in 2005. Shortly thereafter, they founded The Weinstein Company.

DailyMail.com has reached out to Miramax, the independent film studio which produced such hits like Pulp Fiction, The Crying Game, and Shakespeare in Love, for comment.

Harvey Weinstein is currently serving a 23-year prison term for rape at the Wende Correctional Facility near Buffalo, New York

A representative for Harvey Weinstein was also asked to comment.

Jane Doe III has alleged that she was sexually assaulted by Weinstein in a hotel room in the SoHo section of Manhattan in 2008.

Jane Doe IV claims she was assaulted by Weinstein during the Venice Film Festival in 2013.

The four women were able to file lawsuits thanks to a New York State law, the Child Victims Act, from last August which allowed victims of sexual abuse to sue their assailants even though the statute of limitations had expired.

In March, Weinstein was sentenced to 23 years in prison by a New York judge for sexually assaulting former production assistant Mimi Haleyi and raping Jessica Mann, a former aspiring actress.

His conviction was hailed as a victory for the #MeToo movement against sexual misconduct by powerful men.

Last month, Weinstein was charged in Los Angeles with a third sexual assault case, and prosecutors there said they have started the process of seeking his extradition from New York.

Weinstein, who tested positive for the coronavirus soon after being incarcerated in upstate New York but has since recovered, was charged with a single felony count of sexual battery by restraint. 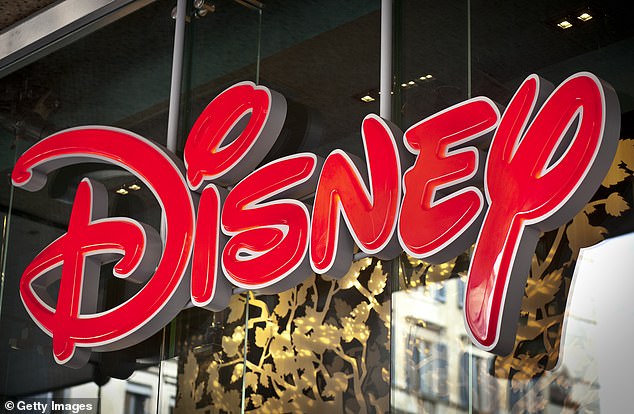 The Walt Disney Company vowed to fight the lawsuit. It is being accused of fostering a culture of silence which allowed the abuse to take place 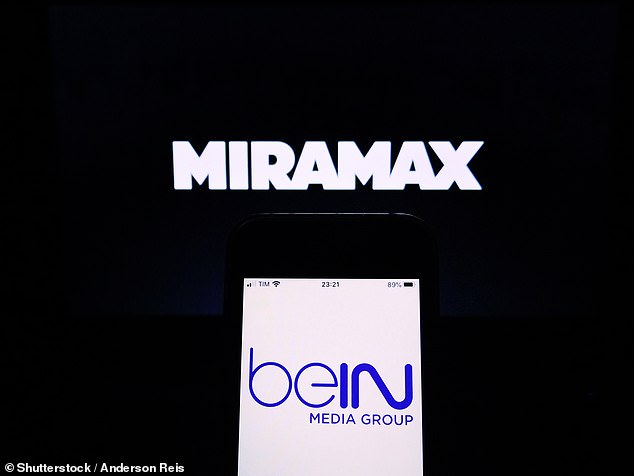 Miramax, the independent film studio founded by the Weinstein brothers, is also named in the lawsuit

The 68-year-old had already been charged in Los Angeles with rape, sexual penetration by force and forcible oral copulation for an alleged encounter with one woman, and with sexual battery of a second woman, both in February of 2013.

The latest case stems from an incident that occurred in May 2010 at a Beverly Hills hotel, the Los Angeles County District Attorney’s Office said in a statement accompanying the amended five-count criminal complaint that contained the new charge.

The revised criminal complaint filed says Weinstein touched ‘an intimate part’ of the victim while she was restrained against her will by the film producer and an unnamed accomplice.

None of the three women cited as Weinstein’s accusers is identified in court papers.

The third accuser was interviewed by law enforcement in October as a possible corroborating witness in other complaints, and provided detectives last month ‘with information confirming that the assault took place within the 10-year statute of limitation,’ prosecutors said in their statement.

The district attorney’s office also announced on Friday that two other cases involving Weinstein were declined for prosecution ‘because the victims did not want to testify against the defendant in this case.’

Prosecutors in Los Angeles have initiated a request for temporary custody of Weinstein from New York State as they begin the extradition process, the statement said.

He is to be arraigned on the Los Angeles charges once he arrives.

If convicted as charged in the revised complaint, Weinstein faces up to 29 years in prison, according to the statement.