Four South Carolina high school students have been punished after being photographed spelling out the word rape at a charity football game.

The students were part of a larger group which spelled out the letters of the phrase ‘bump cancer’ in pink paint on their torsos for the game at Westside High School in Anderson last week.

They lined up separately to pose for a photograph spelling out ‘rape’ and sent the image to friends on Snapchat along with the caption: ‘What we do to Daniel,’ a reference to their opponents, DW Daniel High School.

A row of cheerleaders are seen laughing and posing behind them.

Four students at Westside High School in Anderson, South Carolina, spelled out the word rape at a charity football game last week and posed for this photograph which sparked outrage on social media

Other students who saw the image were outraged and posted it on Facebook, calling for all four of the boys to be expelled.

Anderson County School District 5, which is in charge of the school, has not expelled them but said all four boys, two of whom are sophomores and two are seniors, had been ‘punished’.

‘These are good kids that made one bad decision, some of them didn’t even know how to get to the principal’s office,’ school district superintendent Tom Wilson told WSPA.

Critics who were upset about the photograph slammed the school’s response to the scandal.

One, who claimed themselves to be the victim of sexual assault, said: ‘I’m glad Westside High School and Anderson County School District 5 think that rape is okay. 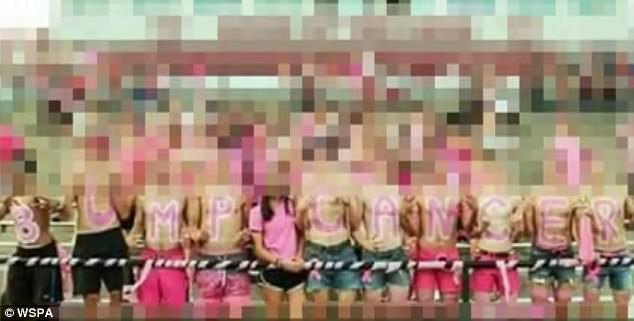 ‘They’ve chosen not to expel any of the boys who spelled “rape” with body paint at a football game and made a joke about it.

‘What a disgrace of a school and of the employees on the school board.’

Parents labeled the boys’ actions ‘insensitive’ and said they likely had no idea how many people they were upsetting.

‘You don’t really understand how many people could actually be hurt by getting raped whenever they were children or older, ex boyfriends you don’t really know who you are hurting by being so insensitive,’ Misty Grogan said.

‘They tried to do something clever and funny but it just turned into something awful,’ said another. 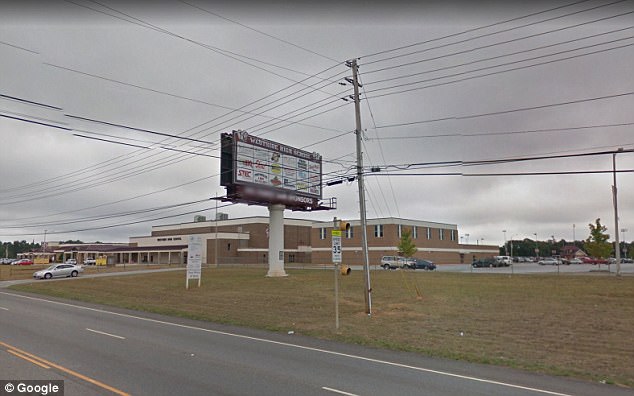 School board staff said the boys were ‘good kids’ who made ‘one bad decision’. The incident took place at Westside High School (above) in Anderson on Friday during a game against D.W. Daniel High School