Four teenagers taken to hospital with stab wounds after brawl in Auburn, Sydney

Four teenagers have ended up in hospital after being stabbed in a wild brawl involving 20 males in Sydney’s north-west.

Police arrived at Auburn Road in Auburn around 4.50pm on Saturday as the group fled the area.

Three teenagers aged between 14 and 15 suffered stab wounds while another sustained minor injuries.

All of the injured teenagers were taken to Westmead Children’s Hospital with non life-threatening injuries.

Four teenagers have been taken to hospital after being stabbed in a wild brawl in Auburn in Sydney’s north-west (pictured: police at the scene)

Roads have closed southbound between Kerr Parade and Queen Street.

Police have set up a crime scene and are investigating. 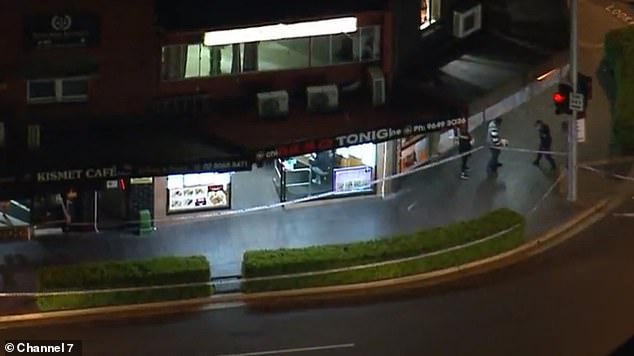