A ‘cheeky’ four-year-old has died from a condition that is so rare it does not even have a name.

Scarlett Thomas, from Caerphilly, passed away on Monday from a mysterious disorder that affected how her DNA was expressed.

Her mother Clair Patridge wrote on Twitter last Tuesday: ‘With a broken heart I write this message. Sadly at 10.30pm last night our little princess passed away.’

In her short life Scarlett defied doctors’ expectations, who wrongly told her parents she would be blind, deaf and unable to even smile.

Her father Chris, 36, said: ‘They told us she would never smile or interact with us and she was the most happy, smiley child I’ve ever met.

‘I signed more paperwork saying she might not make it out of an operation than I care to remember but she always smiled through it.’

The ‘smiley’ and ‘cheeky’ four-year-old Scarlett Thomas died last Monday from a condition that is so rare it does not even have a name. The mysterious disorder affected how her DNA was expressed and is known only as ‘unbalanced translocation of chromosomes 7 and 10’ Her mother Clair Patridge (pictured with Scarlett’s father Chris, left) said she is ‘broken hearted’ that her ‘smiley little princess’ has died following a long health battle. The family are pictured at an ice hockey match with a Cardiff Devils’ player pictured right

In her Twitter post, Ms Patridge added: ‘As you can all imagine we are devastated but so immensely proud of her for being so brave.

‘We can’t thank you all enough for helping us show her how much she was loved!’

Scarlett suffered from a condition known only as ‘unbalanced translocation of chromosomes 7 and 10’. It is unclear how many other sufferers there are worldwide.

Chris also payed tribute to how his daughter overcame her prognosis.

‘Scarlett’s diagnosis doesn’t give a true reflection of the character she was,’ he wrote on Twitter on Wednesday.

‘They told us she would never hear or see but she did both.

‘She went through a lot in such a short time.

‘The outpouring of grief and support we’ve had is amazing. For her funeral we want it to be a celebration of who she was and what she did.’ 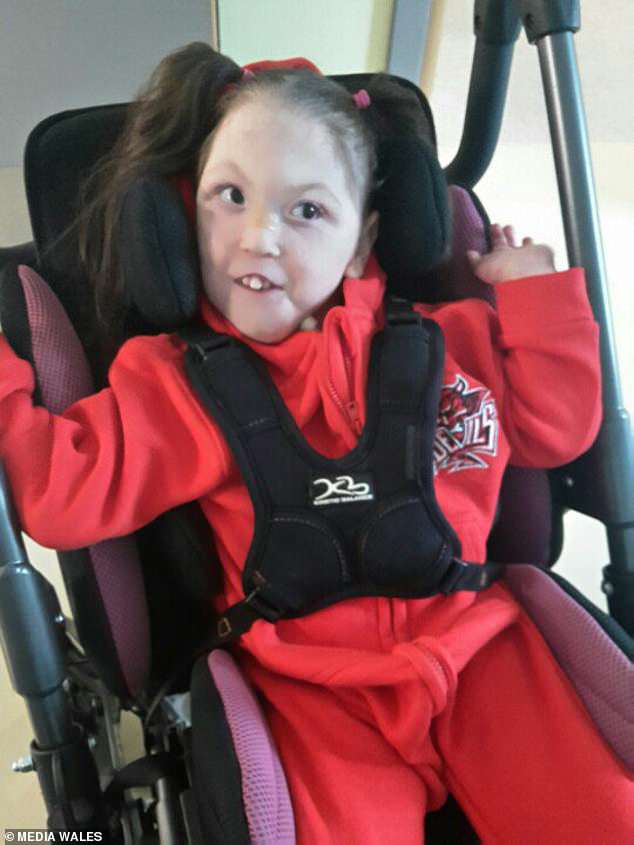 In her short life Scarlett defied doctors’ expectations who told her parents she would be deaf, blind and unable to even smile. Her father described his daughter as ‘cheeky and naughty’ 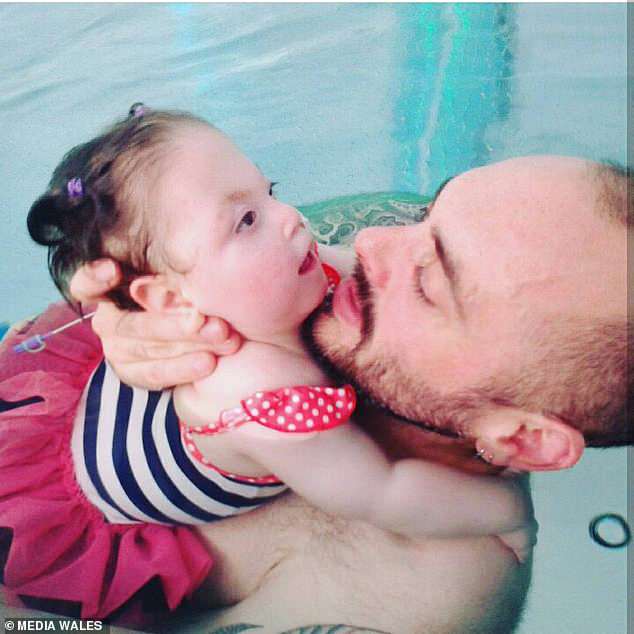 Scarlett (pictured with her father) loved swimming. Her parents tried to give her a normal life

The youngster’s personality managed to shine through her disorder, with Chris adding she would often wreak havoc in the hospital.

‘Scarlett was always cheeky and she was naughty – she would set the alarms off on her machines,’ he said.

Despite her ill health, Chris and Ms Patridge tried to help their daughter lead as normal a life as possible.

‘She would love it when we took her swimming,’ he said.

‘I would take her to the aquarium in Bristol and she would just look at the fish and follow them.

‘She enjoyed life. We would paint her hands and she would play with all the textures.’

As the daughter of two Cardiff Devils season ticketholders, Scarlett was also a regular visitor at the city’s arena where she would watch the team play ice hockey.

‘Scarlett would love the social interaction of going to see the Cardiff Devils. The fans and players gave her so much attention,’ Chris said.

‘Some members of the team, including Joey Martin, Doug Clarkson and Andrew Lord, came to the house to see her when she was born.’ 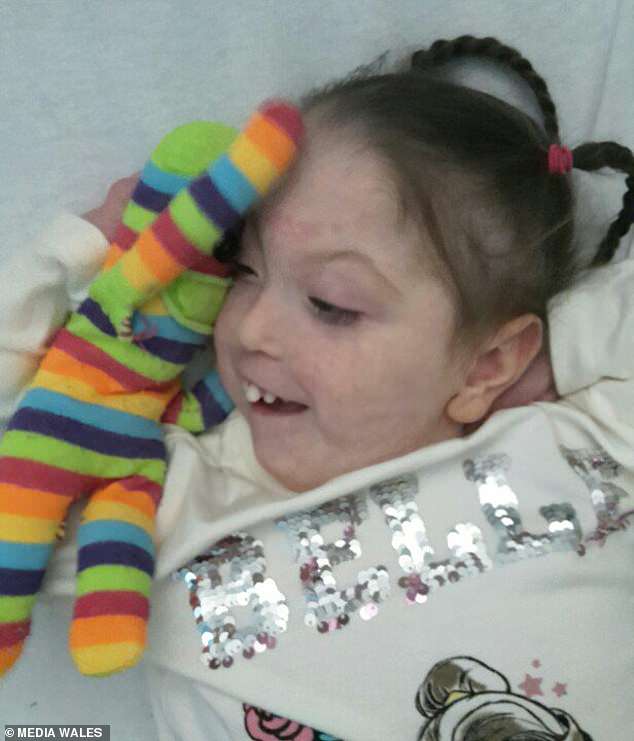 Overall, Scarlett ‘enjoyed life’, with her parents being left ‘devastated’ but ‘immensely proud’ 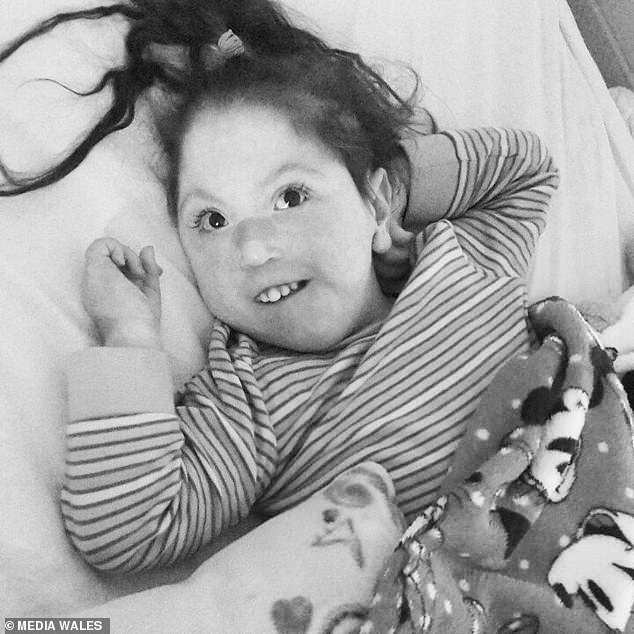 In the wake of Scarlett’s death, ice-hockey commentator Aaron Murphy shared a touching tribute to the four-year-old on Twitter.

‘Life is far from fair. And sad things happen to good people. I recently was approached in Cardiff to take a picture with a flag,’ he wrote.

‘The flag was for Scarlett’s Army – a flag that represented all the places the young Devils fan Scarlett Thomas’ parents and friends knew she would have loved to be, and showed support and love in a tough time, so she could be a part of enjoying her beloved Cardiff Devils.

‘Scarlett passed away on Monday and her parents are some of the kindest, most dedicated people in the hockey community.

‘We send them condolences, hugs and prayers at this painful time.’

The children’s charity Noah’s Ark added: ‘Scarlett touched the hearts of everyone she met, both here at the charity and the hospital. We all feel honoured to have met her.’