Fox News Channel host and former Westchester County DA Jeanine Pirro has plead guilty to speeding after being clocked at 119 miles-per-hour in November in New York.

She has already paid her $393 in fines and fees.

Pirro, 66, ended up pleading the offense down to driving 95 in a 65 mile-per-hour zone, will also have to take a defensive driving course, according to LoHud. 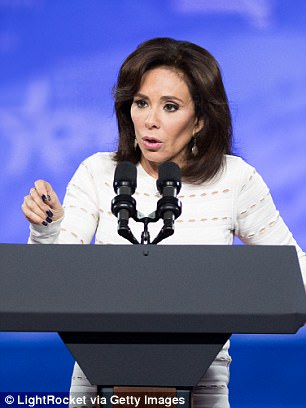 Jeanine Pirro is a Fox News host (left) and formerly the Westchester District Attorney. She scored a sweet-heart deal on excessive speeding which allowed her to keep her license

She could have lost her license if she was unable to catch a break on a plea deal she negotiated with the the Tioga County District Attorney’s Office.

Going 30 over the speed limit is just six points on a license in New York, but over 40 miles-per-hour, as the former DA was ticketed, can result in a license suspension.

Getting all 11 points at once is a feat, but if you collect them over 18-months, your license can be suspended until you finish a defensive driving course which knocks off four points and would allow you to drive again.

Pirro, who lives in Harrison, was pulled over after visiting her ailing mother in Elmira, and knew why she was being pulled over, although she said in a statement she simply did not realize how fast she was going.

However, she was over the limit. She told the trooper during the stop ‘I was speeding that’s why I pulled right over,’ according to his supporting deposition. 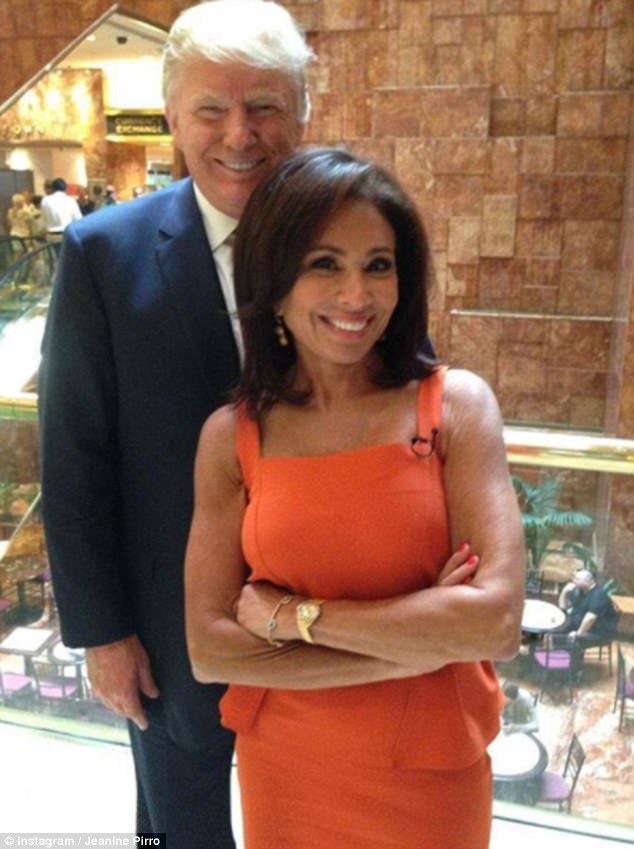 Jeanine Pirro, an outspoken supporter of President Trump, was stopped by New York State police near Ithaca for going 119mph in a 65mph zone in Novemeber

She currently hosts the Fox program ‘Justice with Judge Jeanine’ on Saturday nights.

She is also an outspoken supporter of President Donald Trump, and is a critic of Hillary Clinton.

Pirro recently did a mock search for Clinton during one of her shows in Chappaqua, the area the Clintons reside in.