Fox News host Sean Hannity has accepted the push-up challenge that Joe Biden issued to President Donald Trump, offering to sub it for the president.

‘I’ll take you up on that challenge,’ said Hannity, 57, on his show Tuesday night, responding to 76-year-old Biden’s remarks about the president, who is 73 years old.

‘Joe, the president is busy cleaning up the mess you left,’ said Hannity, who has often boasted of his skill in ‘street martial arts.’

‘You name the time and the place. I’m ready. I don’t even need to practice, I train every day.’

On Tuesday morning, Biden had said that if Trump were to make an issue of his age or energy level during a debate, he would challenge the president to a push-up contest on the spot.

Hannity, a master of ‘street martial arts,’ accepted the challenge on behalf of the president 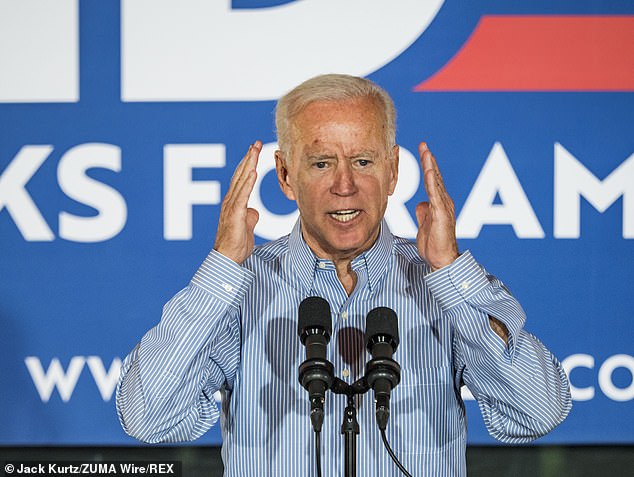 Biden had said that if the president were to make an issue of his age or energy level during a debate, he would challenge him to a push-up contest on the spot

‘I’d say, ‘C’mon Donald. C’mon man. How many push-ups do you want to do here, pal?’ Biden told ‘Morning Joe’ co-host Mika Brzezinski in an interview.

Biden said he often runs instead of walks along parade routes like the one where he appeared July 4 in Independence, Missouri.

Trump has mocked Biden in speeches and on Twitter as ‘Sleepy Joe,’ arguing that he has lost a step since he was Barack Obama’s running mate.

Bernie Sanders joked a few hours after Tuesday’s broadcast that he might challenge the president to a mile-long footrace.

‘I think some of the reporters who have followed me around say, ‘Slow it up, Bernie. No more parades, please’,’ he said during a livestreamed Washington Post interview.

‘When I was a kid I was a pretty good long-distance runner, cross-country runner, came in third-place in public schools mile race,’ Sanders said. ‘So I have good endurance  Look, age is a factor, but it is one of a dozen factors.’ 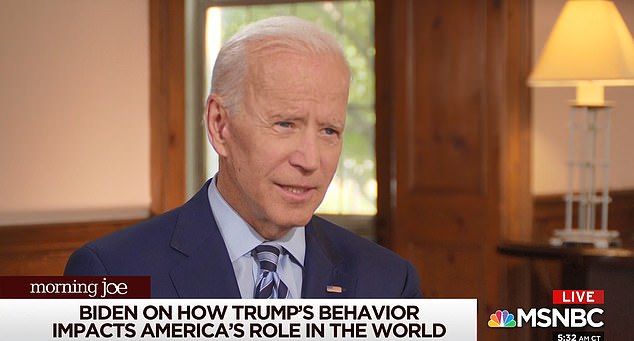 Former Vice President Joe Biden said in an interview broadcast Tuesday that if Donald Trump disses him over his age and eneergy level, he’ll challenge him to a push-up contest 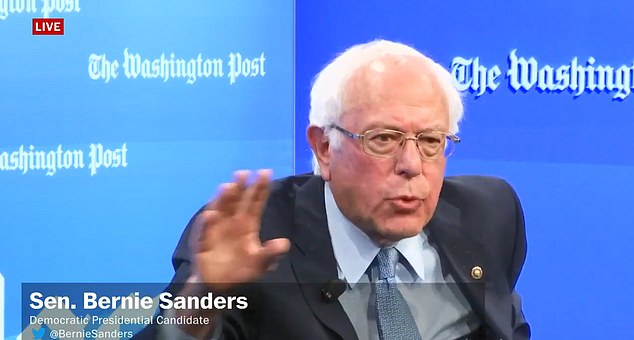 Asked about the potential for a push-up contest, Sen. Bernie Sanders deadpanned a line about challenging Trump to a mile-long foot race – but then said he was joking 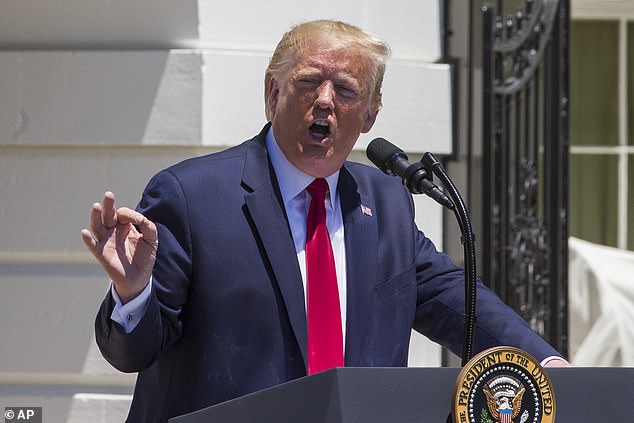 President Trump has mocked Biden in speeches and on Twitter as ‘Sleepy Joe,’ arguing that he has lost a step since he was Barack Obama’s running mate

Asked if he was challenging Trump to run a mile against him, Sanders deadpanned: ‘Alright, I will. There you go. The media would like that one.’

Presidential candidates have taunted one another before with the prospect of duels based on feats of strength.

In 2015 Donald Trump claimed in a DailyMail.com interview that former Texas Gov. Rick Perry lacked the energy, toughness and ‘brain power’ to go toe-to-toe with him.

Hours later Perry grinned on a New York City stage and told DailyMail.com: ‘Let’s get a pull-up bar out there and see who can do the most pull-ups.’

Trump ultimately made his foe the secretary of energy. 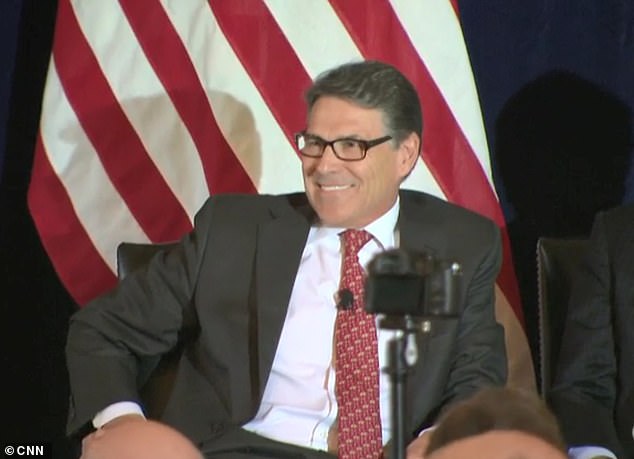 In 2015 Rick perry, then a presidential primary candidate, told DailyMail.com that he wanted to hang a chin-up bar and challenge then-rival Donald Trump to a different exercise competition

Biden has also gone after Trump in the past with the idea that he could best him in a physical fight.

During a 2018 campaign appearance in Miami the former vice president told a campaign audience that ‘if we were in high school, I’d take him behind the gym and beat the hell out of him.’

Biden was responding to what he said was Trump’s inappropriate treatment of and comments about women.

‘I’ve been in a lot of locker rooms my whole life,’ Biden added then. ‘I’m a pretty damn good athlete. Any guy that talked that way was usually the fattest, ugliest S.O.B. in the room.’