France announces second national lockdown: Macron says coronavirus second wave will be worse than first and doing nothing will kill 400,000 people – but schools will stay open

French President Macron has announced a new nationwide lockdown today, stating that ‘France could never standby and see hundreds of thousands of its citizens die.’

The national measure will take effect from midnight on Friday and is considered to be ‘more flexible’ than the lockdown first imposed on France in March, with all public services to remain open.

He added: ‘9,000 patients will be in ICU by mid November – that’s our maximum capacity in France’.

The new measures echo the eight-week lockdown that France enforced in the spring, when hospitalisations and deaths caused by the COVID-19 epidemic reached a peak. 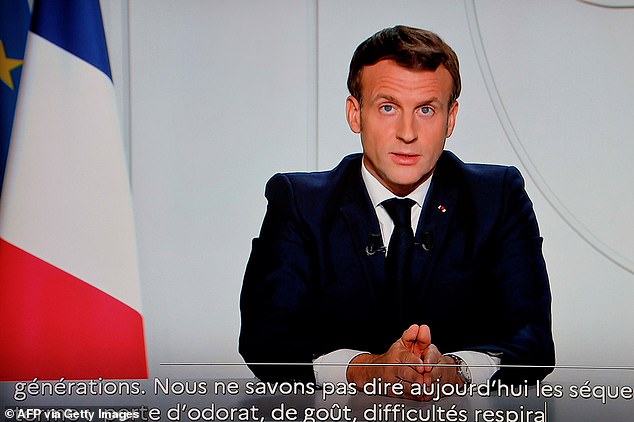 But unlike the previous lockdown, most schools are to remain open, Macron said.

France on Tuesday reported 523 new deaths from coronavirus over the previous 24 hours, the highest daily toll since April, when the virus was at its most severe. Doctors have warned that intensive care units risk becoming overwhelmed.

He continued: ‘We are currently overwhelmed at the pace with which this virus is spreading as winter approaches and the temperatures outside drop. We know that this second wave will be even harder and more lethal.’

‘Having spoken with scientists, representatives from the economy, as of Friday we will have to go back into a lockdown that put a halt on the spread of the virus. 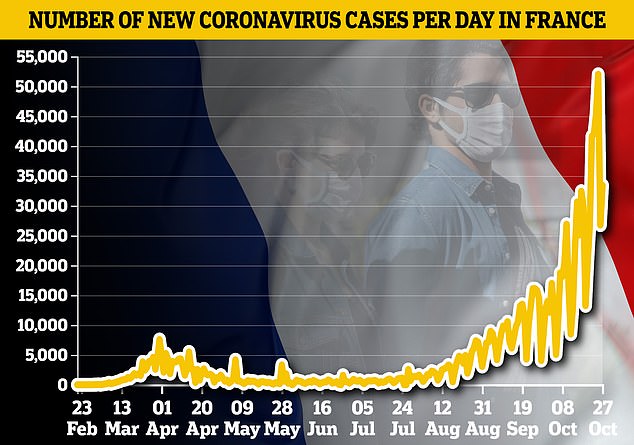 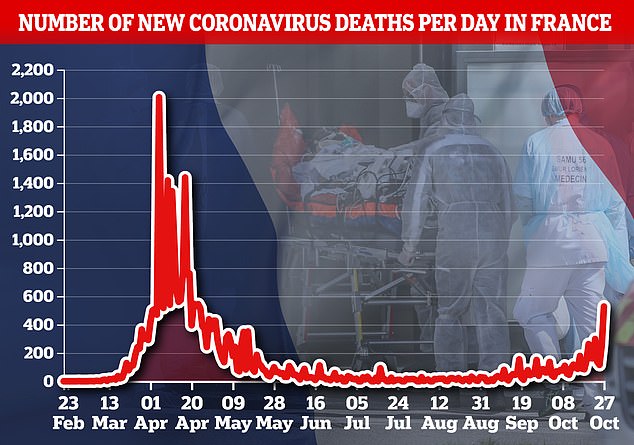 ‘Schools will remain open work will continue to remain open and retirement homes will be able to accept a visit.

‘The PM will give more details over the next few days. You will be able to leave home to provide assistance and do essential grocery shopping and this is going back to the time when you need a special permit to leave home.’

The new measures he announced will mean people have to stay in their homes except to buy essential goods, seek medical attention, or use their daily one-hour allocation of exercise.

People will still be allowed to go to work if their employer deems it impossible for them to do the job from home, and – in a departure from the previous lockdown in March – most schools will remain open, Macron said in his address. 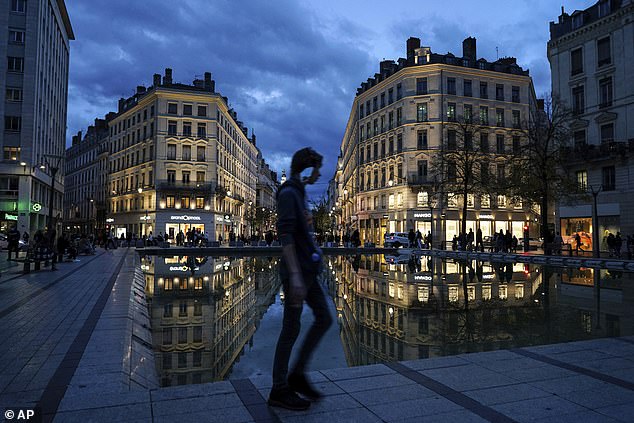 A man wearing a mask walks in the street in the center of Lyon, central France, today

‘The virus is circulating at a speed that not even the most pessimistic forecasts had anticipated,’ Macron said. ‘Like all our neighbours, we are submerged by the sudden acceleration of the virus.’

‘We are all in the same position: overrun by a second wave which we know will be harder, more deadly than the first.’

The new measures echo the eight-week lockdown that France enforced in the spring, when hospitalisations and deaths caused by the COVID-19 epidemic reached a peak.

The lockdown was effective at containing the epidemic, but its started spreading again after it was relaxed on May 11, and people started congregating again in classrooms, universities, bars and restaurants.

France’s death toll, at over 35,000, is the seventh highest in the world, according to Reuters data.

Earlier this month, Macron announced a night-time curfew in Paris and other big cities, but officials this week acknowledged that measure had proved insufficient to bring down infection rates, requiring a more drastic response.