By Emily Webber For Mailonline and Ap

Dozens of French activists blocked an Amazon warehouse south of Paris in a Black Friday-inspired protest as France considers banning the sales altogether amid claims it causes ‘resource waste’ and ‘overconsumption’.

Increased opposition to the post-Thanksgiving sales phenomenon that has seen a group of French lawmakers push to ban it altogether.

Former Minister of Ecology Delphine Batho put forward an amendment which was passed by a legislative committee and is set to be debated in the National Assembly on December 9.

Protesters from climate group Amis de la terre (Friends of the Earth) spread hay and old refrigerators and microwaves on the driveway leading to the warehouse in Bretigny-sur-Orge on Thursday. 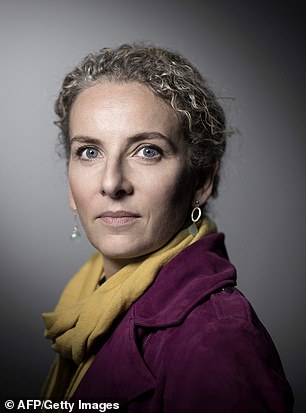 They held signs in front of the gates reading ‘Amazon: For the climate, for jobs, stop expansion, stop over-production!’

The activists were later dislodged by police.

More demonstrations are expected as Black Friday looms into view. French climate activists Youth For Climate are planning a ‘Block Friday’ demonstration on Friday against the commercial event in Bordeaux and other cities.

Their objections are garnering some support within France’s National Assembly. Some French lawmakers want to ban Black Friday, which has morphed into a global phenomenon even though it stems from a specifically U.S. holiday: Thanksgiving Thursday.

A French legislative committee passed an amendment Monday that proposes prohibiting Black Friday since it causes ‘resource waste’ and ‘overconsumption.’

The amendment put forward would position Black Friday with ‘aggressive commercial practices’ – a punishable offence of two years imprisonment and a maximum fine of 300,000 euros.

The amendment, which was put forward by France’s former environment minister, Delphine Batho, will be debated next month. France’s e-commerce union has condemned it. 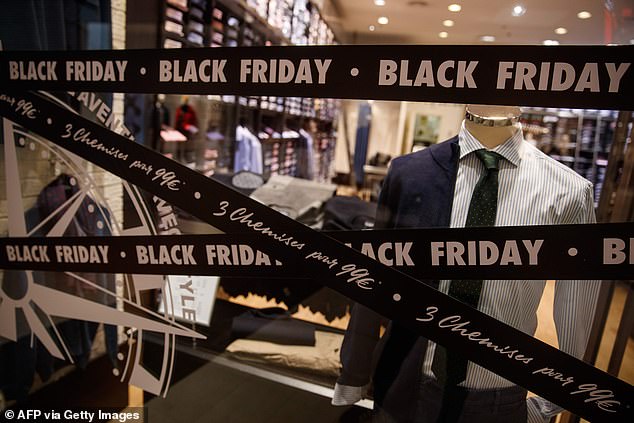 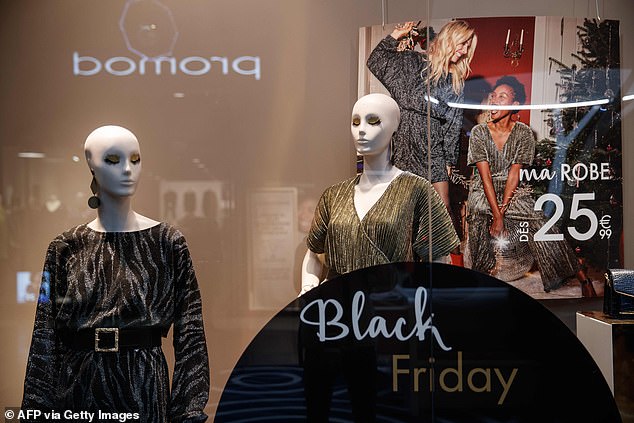 President of Fevad branded the amendment ‘ridiculous’ and said it prevents people from benefiting from Christmas promotions, according to BFMTV.

Some people have called for shoppers to be better educated about consumer waste instead of banning the promotional event.

She added that she would support Black Friday if it helped small French businesses, but said it mostly benefits large online retailers. 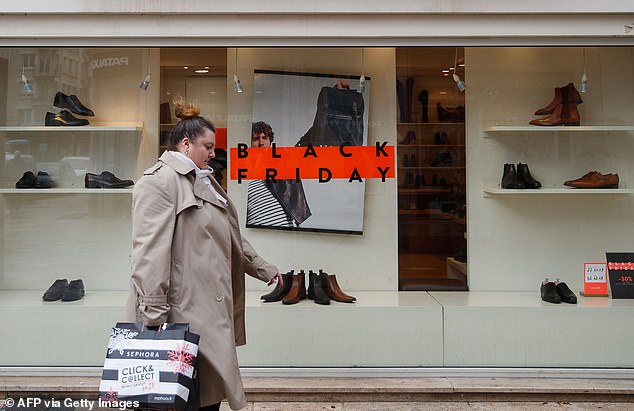 Some people have called for shoppers to be better educated about consumer waste instead of banning the promotional event. Pictured: shopper in Caen, France