British people who are fully vaccinated against Coronavirus will be able to enter France with proof of a negative antigen test from next week and do not need a ‘compelling reason’ to be in the country, it was revealed today.

It is expected the NHS Track and Trace app can be used to prove vaccination.

However, unvaccinated Britons will not be allowed into the country unless they have a compelling reason to visit – and must isolate for seven days as well as providing proof of a negative test on arrival.

It’s a blow for any families wishing to head for sunnier climes as healthy children are unlikely to receive vaccines until at least the end of summer, with the British government prioritising second doses for more vulnerable age groups.

The relaxation in requirements comes as Britain itself clamps down on travel abroad, including advising people to avoid holidaying in countries such as France and Portugal, amid fears over the Nepalese variant.

France is on the UK amber list, meaning that Britons must quarantine for ten days on their return and take two Covid tests, as well as testing negative before they depart for France.

France is currently on the UK amber list, meaning that Britons must quarantine for ten days on their return and take two Covid tests, as well as testing negative before they depart 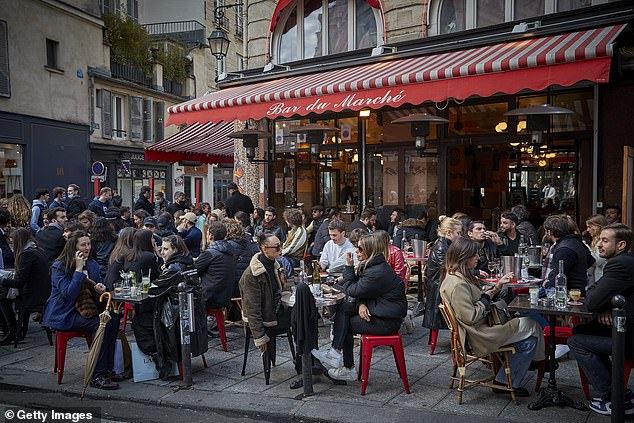 Last week, French officials had been threatening to force all British travellers into quarantine with the threat of fines if they were caught ignoring the rules, and the move will be welcomed by Brits who are still hoping to go abroad on holiday.

The border opening on June 9 will also allow EU passport holders based in the UK in without any proof of testing at all, opening up the possibility of unrestricted holidays.

A new document released in Paris on Friday called ‘Strategy for Reopening Borders’ outlines plans for what is effectively a travel passport.

Documents issued by organisations including Britain’s National Health Service which prove a double vaccination against Coronavirus will be sufficient to get into France.

Up until today, anybody entering France from the UK has required a ‘compelling reason’ for being in the country.

The acceptance by French border officials of an antigen test, as opposed to the far expensive PCR (Polymerase Chain Reaction) is also highly significant.

It will mean that travellers can avoid paying £100 plus to a private firm for a PCR test, and instead opt for an antigen test, which is often free.

‘Europeans vaccinated against Covid-19 will be able to enter France without a PCR test from June 9, which proof of a negative test – PCR or antigen – will still be required for travellers from the United Kingdom and the United States,’ said a French government source. 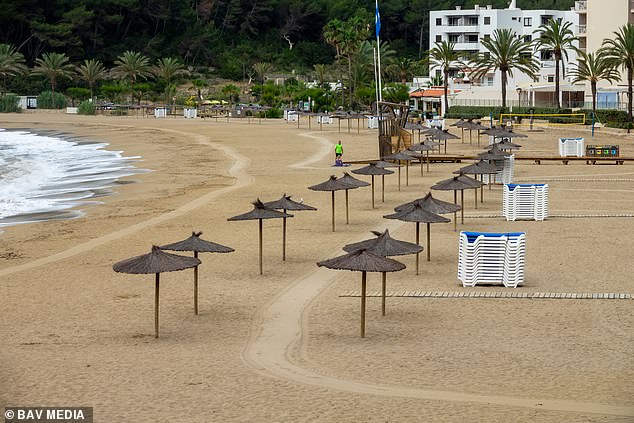 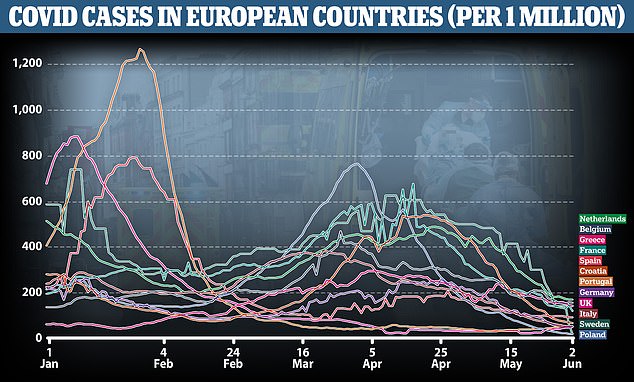 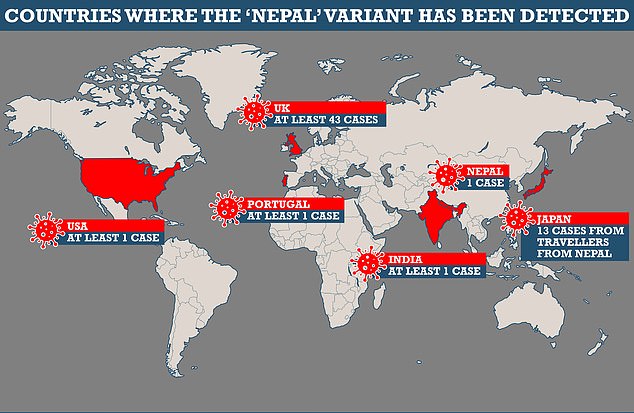 ‘Those who have had a full vaccination for at least fourteen days on the date of travel (and four weeks for the Johnson & Johnson vaccine) are considered to be vaccinated.’

The source added: ‘For countries classified in orange, such as the United States or Great Britain, a PCR or antigen test is required if the traveler is vaccinated, otherwise he must have a compelling reason for being in France, a negative test and go into isolation for seven days.’

Despite France effectively giving the green light for holidays, Britons travelling to France will still have to isolate for up to 10 days when they get back to the UK.

They will also have to pay for at least two tests which government recommended providers are currently charging up to £390 for.

Destinations welcoming British tourists (and the tests and forms needed before you fly):

Some places will accept evidence of jab

Negative test but only if coming from France

OR Proof of full vaccination, 14 days before arrival

Call Covid helpline to inform them of visit

OR Certificate of previous infection

Free test on arrival, must isolate until results come back

PCR or rapid test 48 hours before

OR Fully vaccinated 14 days before travel

Evidence of paid accommodation in Croatia

OR Evidence of full vaccination (not required, but skips testing requirement)

+ Fill out form 24 hours in advance of travel