France defeated Morocco 2-0 on Wednesday night to advance to their second consecutive final at the tournament and are now on the cusp of becoming the first team since Brazil in 1962 to win back-to-back World Cups.

Only Argentina now stand in their way, after Lionel Messi guided the South American side to a convincing 3-0 win against Croatia, with Manchester City forward Julian Alvarez also making history, becoming the youngest player since Pele to score two goals in a World Cup semi-final. 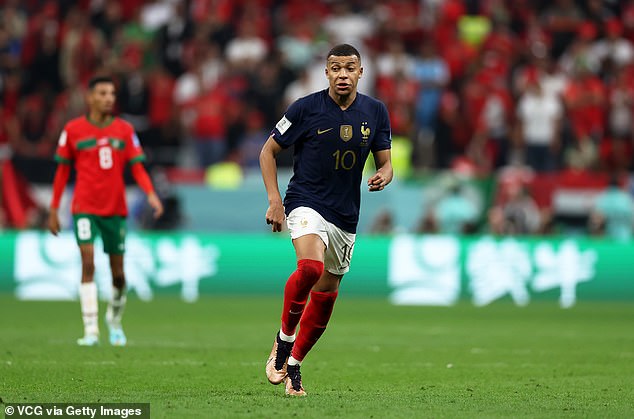 France have worn a tricolour kit with red socks, white shorts and blue shirt akin to their flag

As both teams prepare to do battle, it seems France are having to drop their tricolour strip to ensure there are no clashes with Argentina’s white shorts.

It’ll be only the second time in this tournament that France have worn an all-blue strip, with Didier Deschamps side replacing their white shorts and red socks during their 1-0 Group stage defeat to Tunisia. 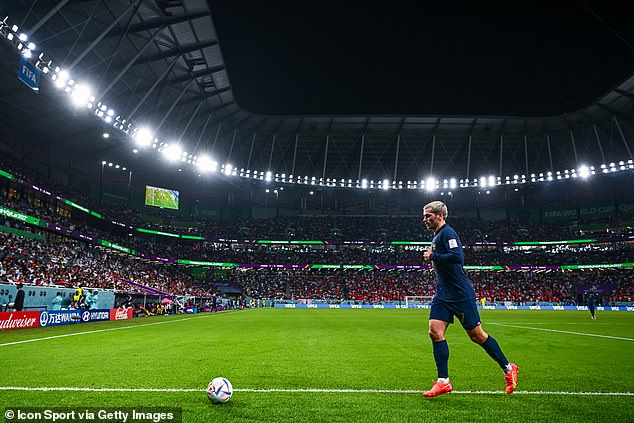 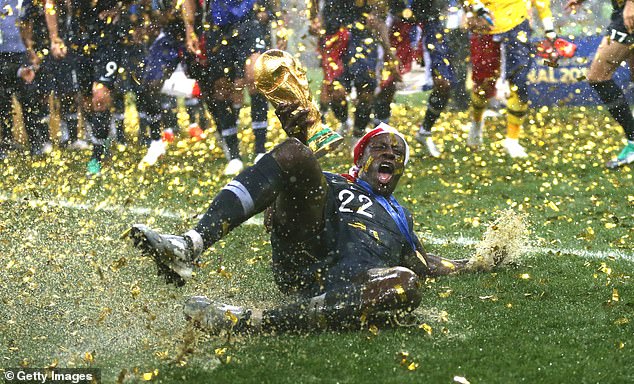 To once again avoid a conflict with Argentina’s shorts the French are donning the same blue shorts and socks that they wore in 2018 when they became World Champions for the second time in history, beating Croatia 4-2 in that epic final.

Whatever way you look at it, France’s defeat in the all-blue kit against Tunisia could be a bad omen for the Les Bleus.

On the flip side, history does have a habit of repeating itself, and wearing their all-navy kit, France could go on to claim their third World Cup championship on Sunday evening.

It’s been a whirlwind of a tournament for the French national side who have missed several key players like Paul Pogba, N’Golo Kante and Karim Benzema due to injury.

They have also been struck down with a virus that threatens to impact their preparations for the final, with all of Kingsley Coman, Dayot Upamecano and Adrien Rabiot doubts for Sunday.

Meanwhile, questions were raised yesterday over Messi’s fitness after he did not Argentina’s main squad training session, but was in fact completing a recovery session indoors with a few starters from their win against Croatia.