Everton boss Frank Lampard was full of praise for Donny Van De Beek after the midfielder shone on his first start in Saturday’s 3-0 win over Leeds.

Lampard said of the performance produced by the Holland international, who played alongside Allan in a 4-4-2 formation: ‘I sort of expected that, because I knew Donny as a player from the outside, brought him here because of his talents in terms of he can play, his intelligence, his work ethic, really intelligent and technical player.

‘He was part of a really strong work-ethic kind of performance, he matched the other players in that sense, he gave us a sense of calm, he linked the play, looks confident on the ball and that’s exactly what I brought him here to do.’

He added: ‘I think he can do different roles, and that was the beauty and why I moved so quickly to try to get him when I came in.

‘I’m a big admirer of his and I think he can do both roles for us – he played in the double six, or two midfield players (against Leeds) and I know he has the talent to link and get us through the lines with his passing, also the work ethic needed in that role.

‘I know he can do higher and he’s a goal threat too. 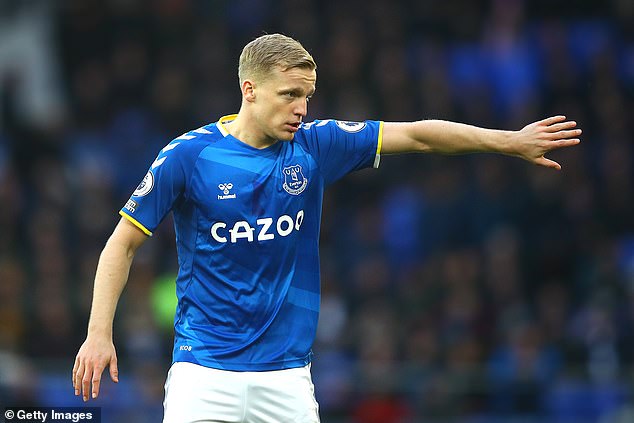 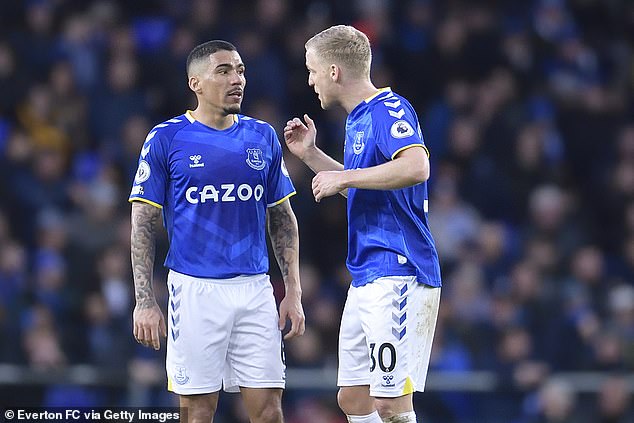 ‘That’s one of the big pulls of me bringing him in, knowing he can bring different elements to help us in different ways, and when called upon to do that kind of disciplined role, I thought he did it really, really well.’

The opener came when Van De Beek, having received the ball from Anthony Gordon, delivered a low cross, Dominic Calvert-Lewin slid in with Diego Llorente to meet it and Coleman was on hand to nod in from close range.

Gordon subsequently provided the assist for the second goal, his 23rd-minute corner being headed in by Michael Keane, and then scored the third himself, deflecting in a Richarlison shot with 12 minutes of normal time to go.

Regarding the 20-year-old Everton academy product, Lampard said: ‘Has he surprised me? No, because I’ve watched a lot of him. 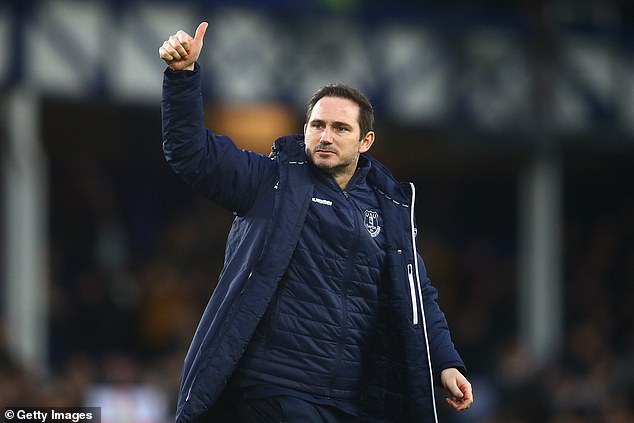 ‘I analysed a lot of the games before I came in to get an idea of the squad and Anthony was a standout for me, I really liked some of the attributes he was showing.

‘But you never know until you get here and from the first day in training – engaging, wants to learn and listen, and there’s a great talent and a work ethic.

‘When you’re an Everton lad as he is, and the fans see that in him, that’s a huge start, but then he’s got talent I think as well and I think he can go a really long way in the game.

‘His job now is to keep his head down doing that. 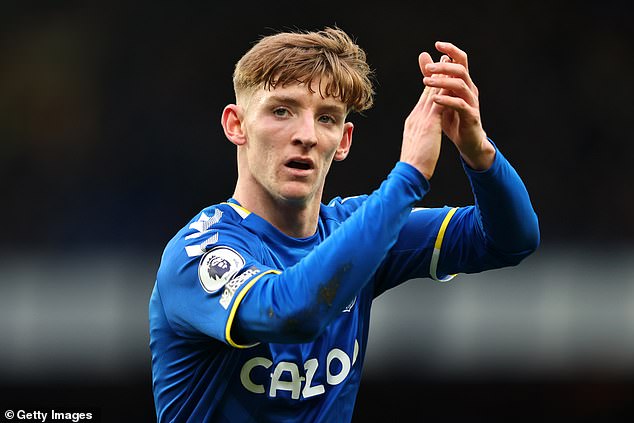 ‘I have no real worries about that because I can see how much he wants it and then it’s mine and the staff’s job to try to eke out everything from him.

‘He’ll develop loads more, but at the moment, he’s playing outstanding football and long may that continue.’

Everton’s first Premier League win under Lampard – following the FA Cup victory over Brentford a week earlier in the opening match of his tenure and the 3-1 loss at Newcastle three days later – saw the 16th-placed Merseyside outfit go five points clear of the relegation zone.

They are a point behind Marcelo Bielsa’s 15th-placed Leeds, who hit the crossbar twice in the first half through Rodrigo strikes either side of Keane’s goal. 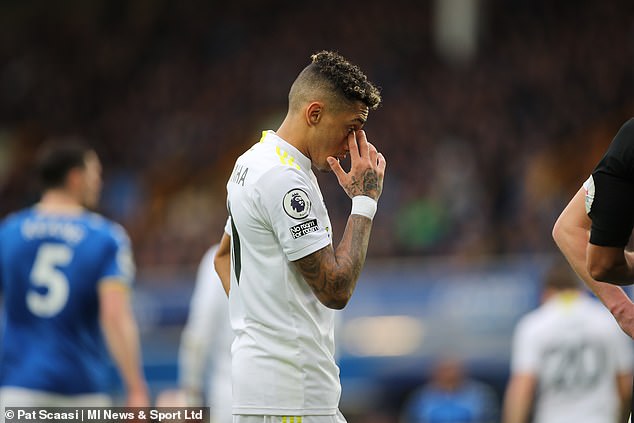 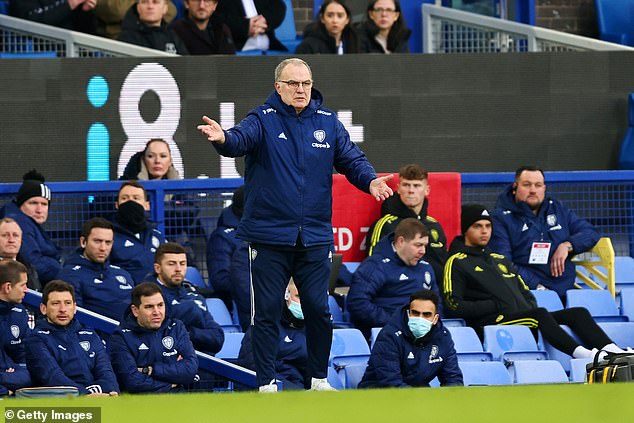 Bielsa substituted Leeds’ top-scorer Raphinha at half-time for Tyler Roberts, something he said had been tactical.

And, according to Leeds Live, the manager added with regard to the Brazil forward: “Players can play better or worse, it’s very difficult to stand out and to shine when you’re an attacker.

‘There isn’t attackers who are at a high level continuously. The first half against Aston Villa (a 3-3 draw on Wednesday), Raphinha made important contributions.

‘A winger with a different characteristic could have added a different variable to the game.’