Frankie Bridge reveals she’s rarely ‘in the mood’ for sex

She and her husband Wayne Bridge recently spoke openly about their struggles to keep the spark alive in the bedroom on the Channel 4 show Married To A Celebrity.

And Frankie Bridge has risked leaving the former footballer – who whom she’s been married for three years – even more red-faced, as she reiterated her reluctance to engaged in coital activity with him during a live TV interview on Wednesday.

Speaking on ITV’s Loose Women, she said of 37-year-old Wayne’s desire for sex when she’s not in the mood: ‘I will try and I can be persuaded. But if I’ve sat there and I’ve made it very obvious that’s not what I want… It’s never quick is it?’

Relight my fire: Frankie Bridge has spoken out on TV once again about her reluctance to have sex with her husband Wayne Bridge

However, despite her lack of enthusiasm, the former Saturdays singer admitted that the retired sportsman is a firm believer in trying again, if at first he doesn’t succeed.

She said of the erstwhile Chelsea FC player: ‘He’s quite persistent! But for women, if I’m feeling fat, anxious, overly tired or emotional then that makes me feel not in the mood. But men are always in the blooming mood!’

During her revealing interview on the daytime chat show, the newly-blonde beauty also spoke about her long-running battle with anxiety, and how it has affected her new gig hosting the new Total Wipeout-style show Cannonball with Freddie Flintoff. 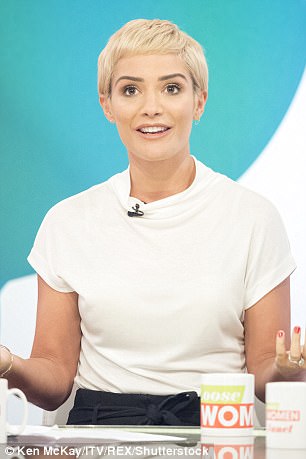 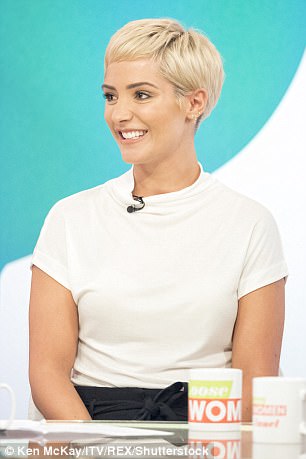 Opening up: The 28-year-old former Saturdays singer spoke opened up about her sex life during an appearance on ITV’s Loose Women on Wednesday 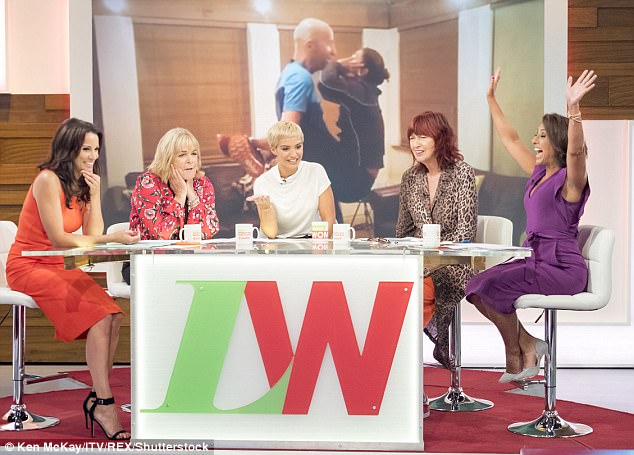 ‘I’ve got used to anxiety,’ she said. ‘I’ve learnt what’s the worst that can happen. For me, being in the Saturdays there were four other girls all the time, but for Cannonball it’s just me.’

Of former cricketer Freddie – who has battled depression – she said: ‘He is one of my favourite people. He’s the opposite of me, I’ll say I don’t want to go for a job because I’m scared I’ll be bad and he’ll say, if it goes wrong it is their fault for hiring him!

However, while she has found working on the show to be be ‘fun’, she has struggled with leaving behind her and Wayne’s two children – sons Carter, two, and Parker, who turns four next month.

‘It was really hard leaving my family,’ she admitted. ‘I have to think about which jobs I take as whether or not they’re worth leaving the boys for. 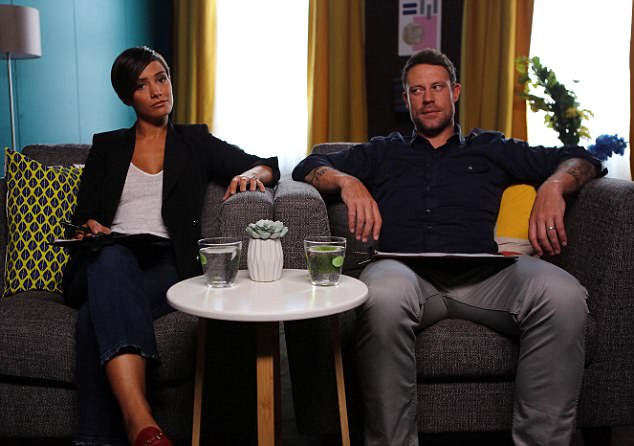 Getting through things: Frankie and Wayne Bridge share their pet peeves and annoying habits about one another for Channel 4’s Married to a Celebrity

‘I was having so much fun there wasn’t time to get homesick. There were a couple of tears… The boys couldn’t care less that I’d gone!’

Frankie’s interview comes hot on the heels of her and Wayne’s appearance on the Channel 4 show Married To A Celebrity, in which they discussed intimacy issues.

She blamed her husband’s inability to read her cues on the show, complaining that he has a habit of trying to initiate sex at the wrong time.

But Wayne insisted that whenever he attempted to be spontaneous between the sheets, Frankie always had an excuse. 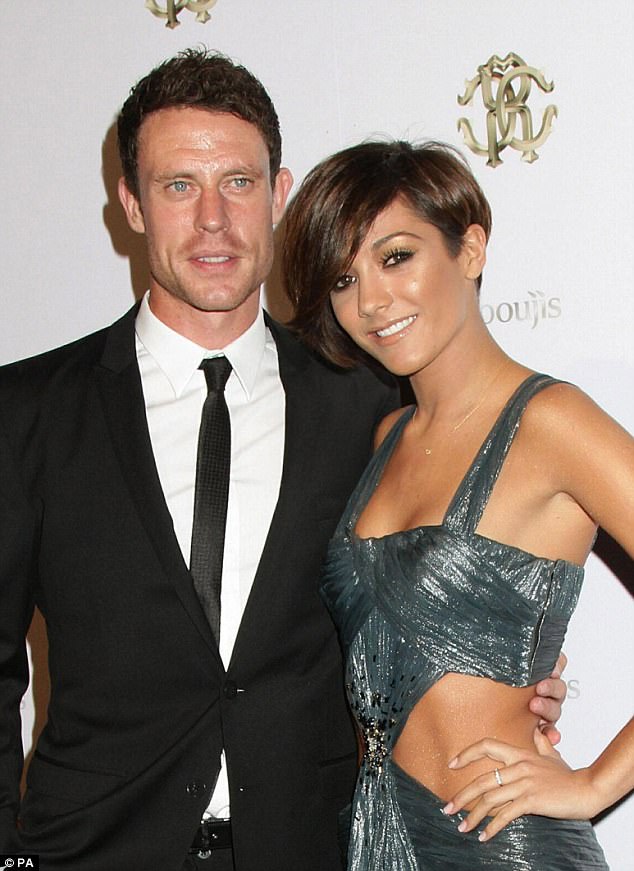 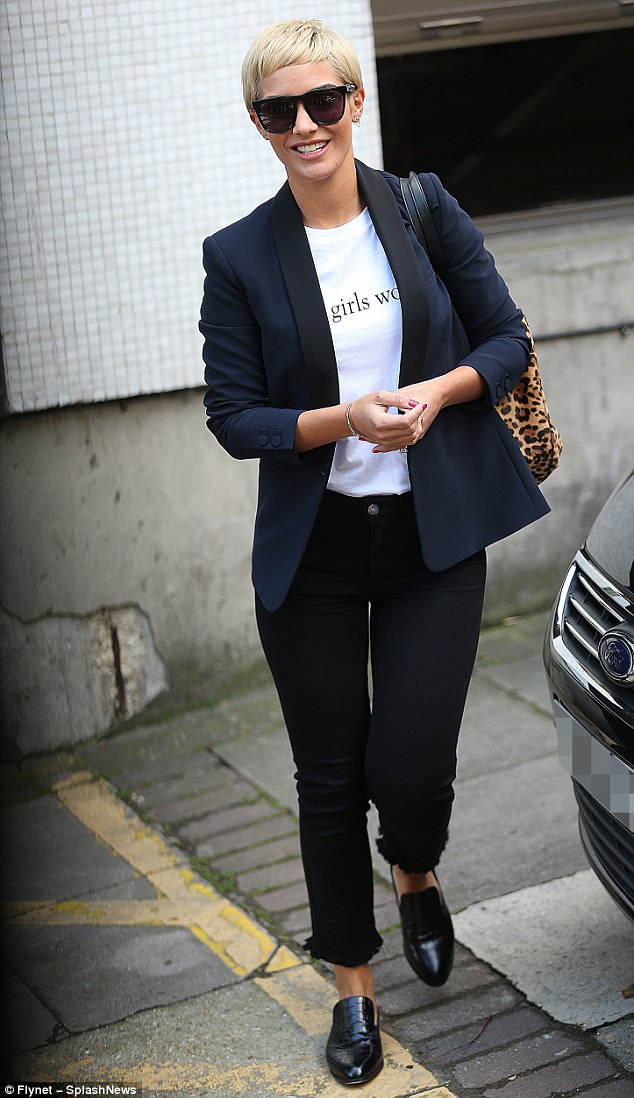 Wayne, who took part in I’m A Celebrity… Get Me Out of Here! in 2016, admitted while appearing on the reality show that the pair struggled to have sex because their children, Carter and Parker, took up so much of their time.

But Frankie told the Channel 4 cameras: ‘Every relationship will have this same issue. Everyone is tired.’

The former pop star added that remarks like ‘I have a headache’, or ‘babe, I am particularly tired tonight’ had a tendency to go ‘straight in one ear and out of the other.. and [then he thinks] “oh, it’s a really good time to put the moves on” at like two in the morning’. 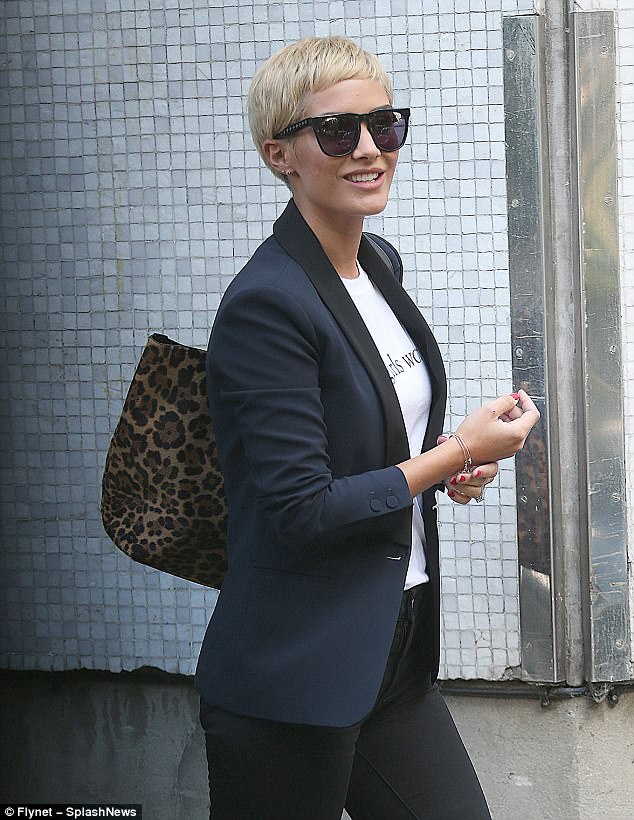 A good-natured Wayne then suggested that they pre-arrange a time for intercourse, but an unimpressed Frankie shot him down.

‘You like spontaneity but you moan about it when I’m doing it,’ he retorted.

His wife fired back: ‘I still want a bit of romance, but just not when I have a headache.’

‘You do have a lot of headaches…’ he agreed, but the pair are all smiles as they chat on screen. 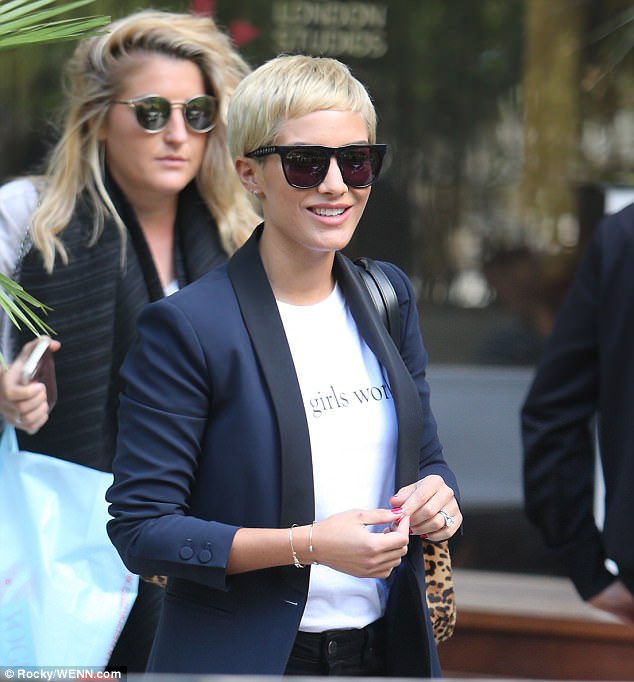 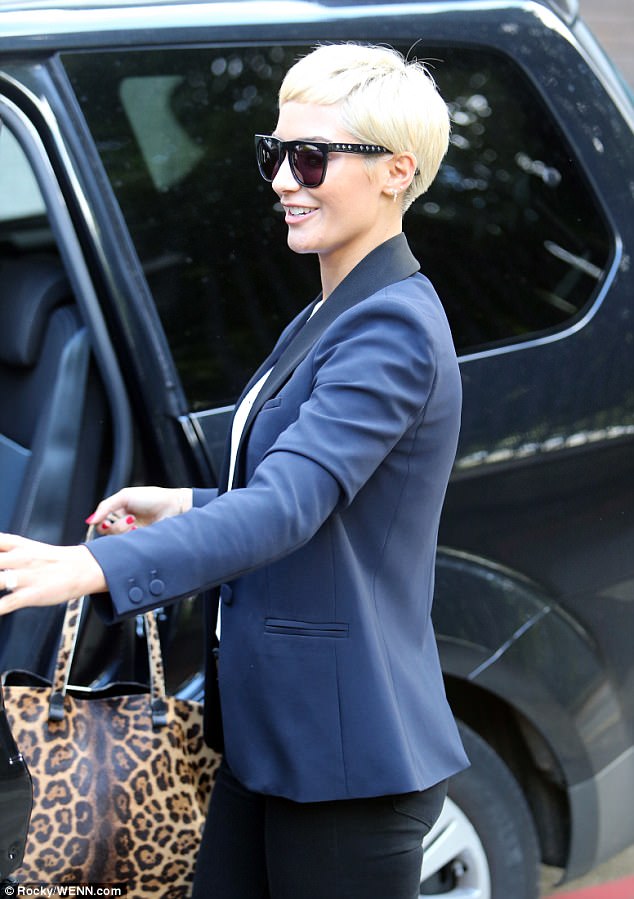