Frankie Essex looked stunning in an all black outfit as she volunteered for a baby bank charity on Saturday.

The TV personality also sported a white shirt while protecting herself from the cold with a black cardigan.

Beautiful! Frankie Essex looked stunning in an all-black outfit as she volunteered for a baby charity in Essex on Saturday

She accessorised with a black YSL cross-body bag and a matching black Fedora hat.

The blonde beauty curled her locks and left them hanging loose around her shoulders.

Frankie and her friend were seen carrying in plenty of baby items including a changing mat, nappies and tiny Ugg boots, before staying to help sort through the collections. 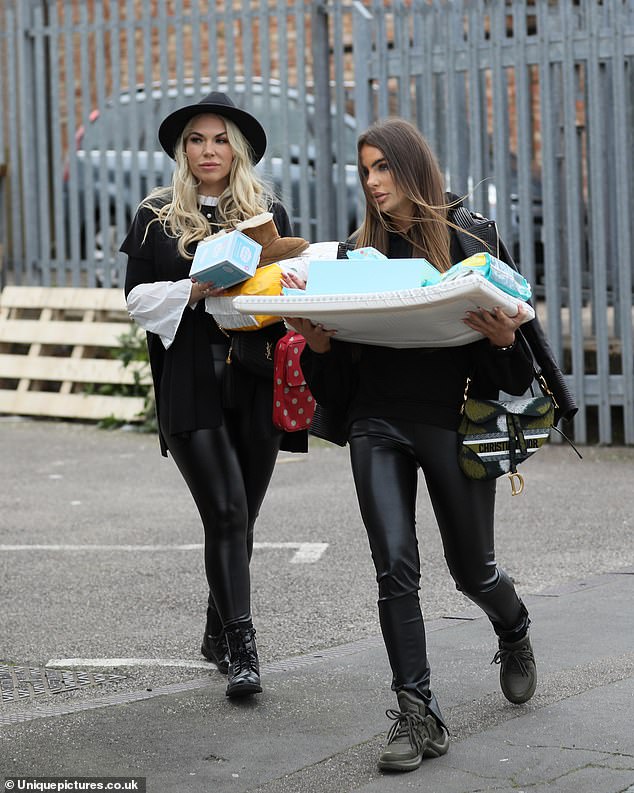 All black outfit: The former TOWIE star, 32, wore black PVC leggings and ankle boots, which she paired with a black YSL bag and Fedora hat

Speaking to Bobby Norris and Stephen Leng on FUBAR Radio’s Access All Areas show, Frankie emotionally revealed that she ‘always pressured’ herself into losing weight.

The sister of Joey Essex explained she felt pressured to look a certain way when she was younger. 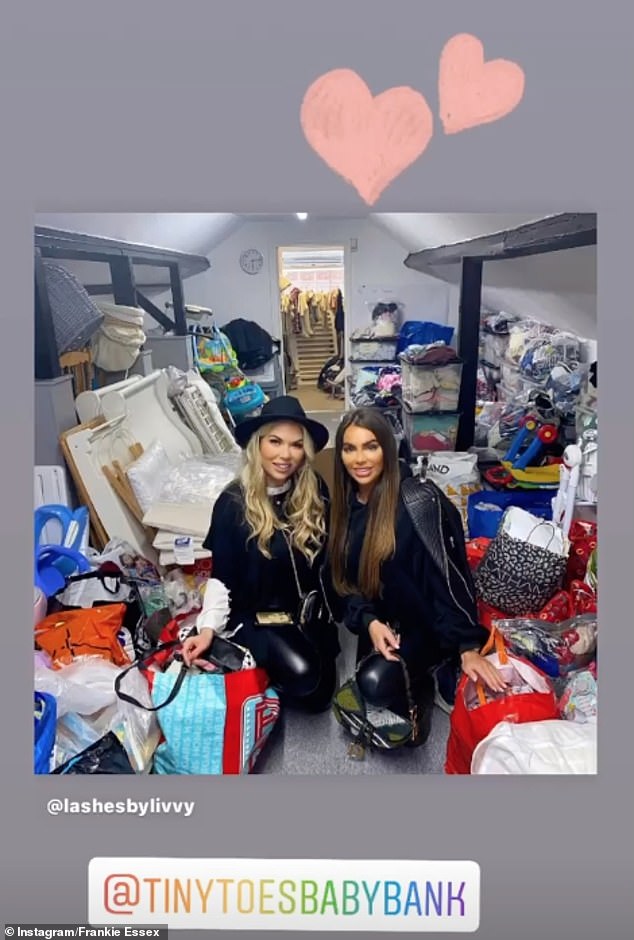 Volunteering: Frankie and her friend dropped off baby items at Tiny Toes Baby Bank in Buckhurst Hill, Essex, before helping sort through all the donations

Frankie sweetly added that her personal trainer boyfriend Luke has now taught her to ‘love who I am’.

‘Because I used to be quite big when I was younger, like in school, and I lost loads of weight and I was really slim, but I still thought I was big in my head.’

Frankie added that she ‘always pressured’ herself into losing weight and is happy that the new ‘ideal’ body shape for women is now ‘all about the curves’. 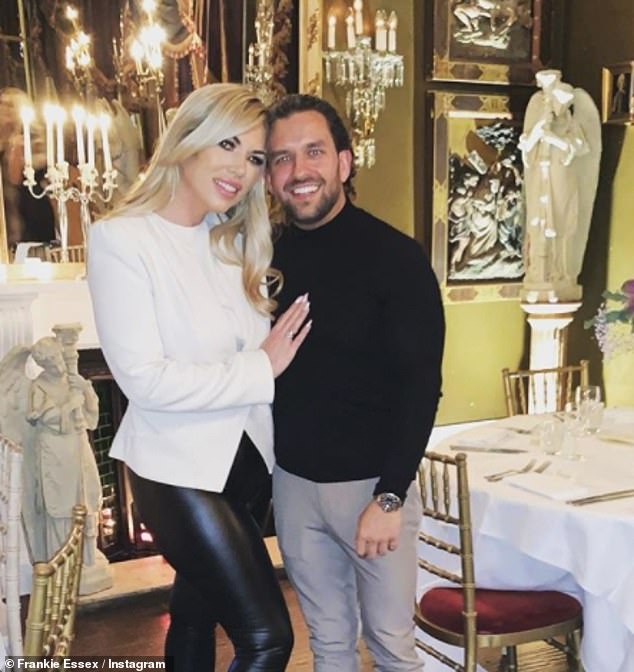 Loved-up: Speaking on FUBAR Radio’s Access All Areas show in October, the star, 32, sweetly said that her personal trainer boyfriend, Luke, has now taught her to ‘love who I am’