More than 500 undergraduate members of a fraternity with deadly initiation ceremonies were left in tears as three sets of parents who’d lost their children to hazing rituals told their stories.

Sitting in the Sheraton Grand in Phoenix earlier this month, the parents of Tim Piazza, Max Gruver, and Marquise Braham talked about the day their children went to college.

Moments later, they spoke about the next time they saw their boys – who were fighting for their lives in hospital, or already dead, video shared by the Record shows.

The three sets of parents explained how they were forced to say goodbye, or how they told their child to ‘hang in there’, before losing them forever.

The group were addressing members of Sigma Alpha Epsilon, which is often regarded to be one of the deadliest fraternities in the country

As each story took its heartbreaking turn, the boys, each a member of Sigma Alpha Epsilon, were seen with their heads in their hands, wiping away tears.

At the end, the group were seen speaking with each parent, hugging them and continuing their dialogue on how to bring an end to hazing – an initiation process for new members of a fraternity which usually involves heavy drinking and punishments dealt out by older members.

Sigma Alpha Epsilon has a reputation as one of the country’s most well-connected fraternities, with Gawker reporting many join as a means of getting a plum job on Wall Street after graduation.

But SAE is also one of the deadliest fraternities. From 2005 to 2012, 10 fraternity members died in hazing rituals, NBC reported.

Throughout the country, at least 43 people have died in hazing rituals in the past 10 years alone.

Tim Piazza died in February 2017, after consuming 18 alcoholic beverages in just under 90 minutes as part of a hazing ritual, and falling down the stairs. 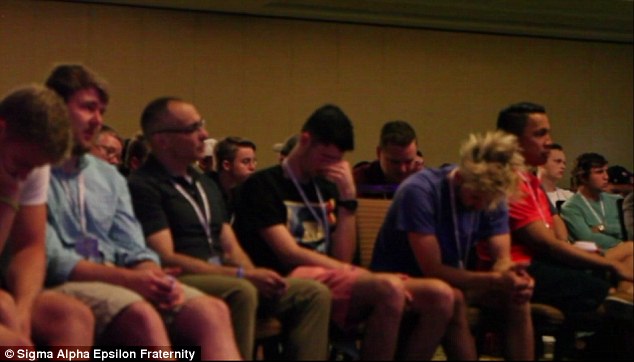 More than 500 members were in attendance, and many were seen to be visibly moved, either sitting with their heads in their hands, wiping away tears, or with flushed faces 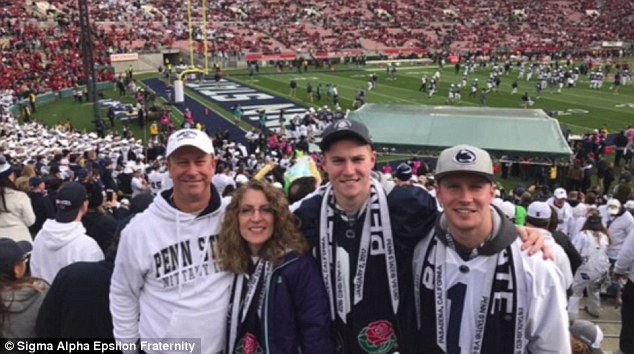 Piazza, 19, was not given medical attention until the next morning.

Recounting the traumatic events of the night her son died, his mother Evelyn asked the group of frat boys to put themselves in her family’s place.

‘You rush to the hospital and find your brother on life support. The only skin showing is his shoulders,’ she said.

‘A nurse pulls your mum forward and tells her to kiss her baby goodbye. Even though he’s unconscious, you tell him to hang in there, that you’re proud of him, and you love him. 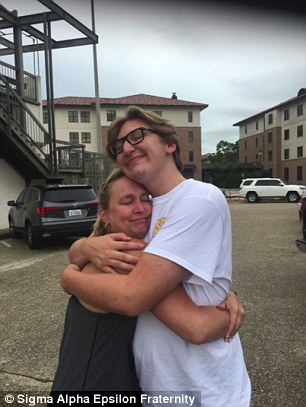 Max Gruver was forced to drink 180-proof alcohol, but when he was left on a couch to sleep it off, he choked on his own vomit and died. Despite his severe intoxication, nobody had called for help. Gruver had a blood alcohol level nearly six times the limit

‘A tear rolls down his cheek, and you think he heard you. And then they take him away.’

RaeAnn and Steve Gruver, the parents of Max Gruver, 18, showed the audience the last photo they had of their son – taken the day they dropped him off at college.

Ms Gruver said just 29 days later, her son had died after alcohol-fueled hazing. Gruver was forced to drink more than the other pledges because he was late, BRProud reported.

He fell unconscious, and was placed on a couch, where he choked on his own vomit and died, The Advocate reported.

Gruver had been left on the couch to sleep, and none of his brothers had called for help. When he died, the teenager had a blood alcohol level of .495 – more than six times the legal limit.

‘Our family will have to live the rest of our lives without our oldest son, a grandson. a cousin, a best friend,’ she said.

‘This is not the college experience we, or any of you, are looking for.’

Maille and Rich Braham, the parents of Marquise Braham, lost their son to suicide.

The devastated family have said after looking into his death, they believe the 18-year-old freshman took his own life over guilt he felt for things that had happened during his hazing.

‘We don’t do Christmas cards anymore. Our family’s shattered.’ 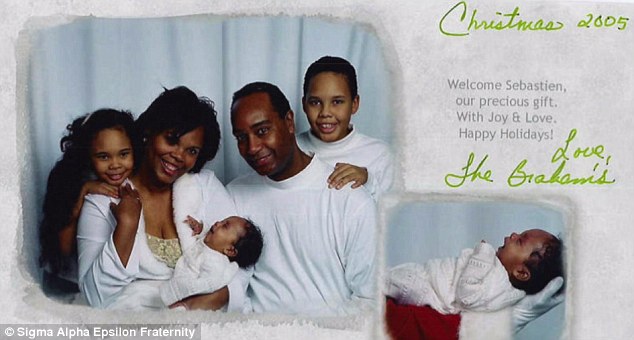 Rich Braham, the father of Marquise Braham, says his family was left ‘shattered’ after his son committed suicide. Mr Braham believes Marquise died after being traumatized by his hazing

Mr Braham wrapped up the speech, asking the fraternity brothers: ‘Would you shove grain alcohol down your sibling’s throat? Is that what being a brother is to you?

‘Would you watch him die? And do nothing to save him – not even call 911? Is that being a brother?’

The powerful speech was used to launch a day of group discussions on how to change the hazing culture of the Sigma Alpha Epsilon fraternity, with everyone in attendance reported to have eagerly participated.

Spencer Bradbury, 20, president of Sigma Alpha Epsilon at the University of Colorado at Colorado Springs told NBC he was heartbroken after listening to the parents speak.

‘I’m a big momma’s boy, and hearing moms talk about their sons being hazed to death broke my heart,’ he said.

‘I could never leave my family. So immediately I’m breaking down into tears.’ 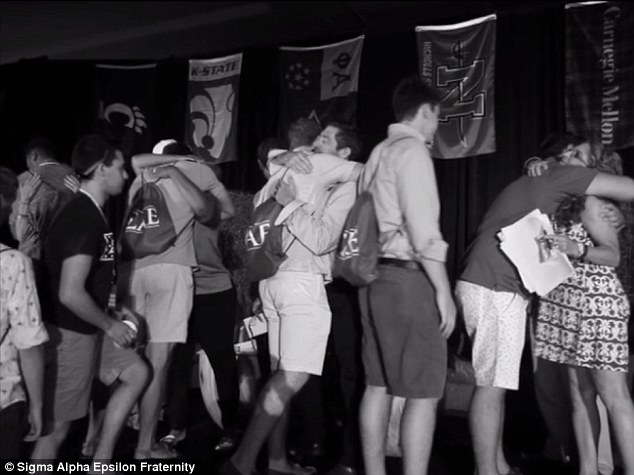 The speech, which kicked off a proactive discussion about how to combat hazing, ended with dozens of the college students coming up to hug the brave parents