Fraudster can’t get job with Uber after stealing $500,000 from Victoria’s schools

Disgraced fraudster who was caught stealing $500,000 from schools and buying a wig with the proceeds complains that he can’t get a job – as it’s revealed even Uber rejected him

A fraudster who was caught stealing cash from Victoria’s state schools has been struggling to get work since his crimes were revealed.

Nino Napoli, who was the general manager of the department’s finance unit, admitted to siphoning off more than $500,000 to friends and family.

During a pre-sentence hearing on Friday his barrister Jim Shaw told told the court his Napoli had been left ‘humiliated’ by the media attention the court case had been getting.

He said his client had been struggling to get work and even tried to get a job as an Uber driver but was knocked back because of the charges against him.

‘He couldn’t even get a job doing that,’ Mr Shaw said.

‘That’s what he’s been reduced to.’

Nino Napoli (pictured in 2015) climbed the ladder to become the general manager of the Victorian Education Department’s finance unit while he quietly siphoned off more than $500,000 to friends and family

Mr Shaw said his client had had even received threatening letters.

Over almost seven years, Napoli and Squillacioti submitted 72 false invoices worth more than $500,000 to the education department for companies connected with their families.

Napoli used his seniority to award contracts and approve payments to people and companies with whom he was connected.

He made sure payments went through without any scrutiny, regardless of whether the companies were legally entitled to carry out the work or whether it was done at all. 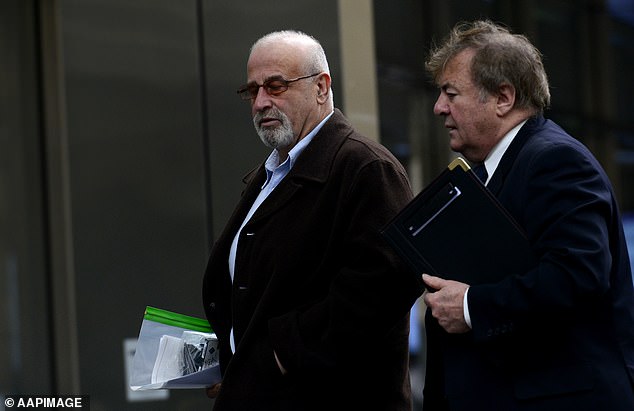 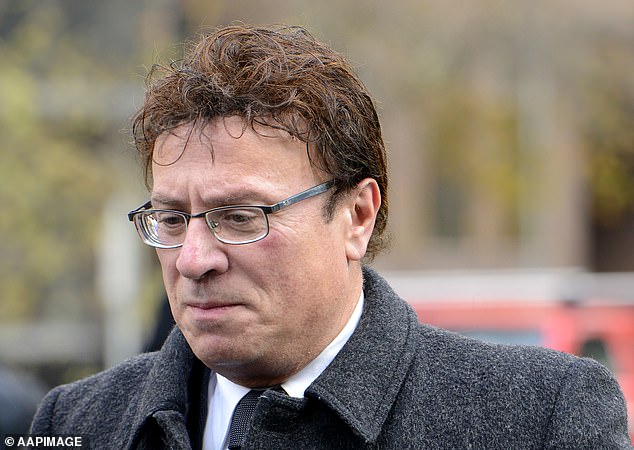 Barrister Jim Shaw told Victoria’s County Court on Friday Napoli (pictured) tried to get a job as an Uber driver but was knocked back because of the charges against him. ‘He couldn’t even get a job doing that,’ Mr Shaw said

He admitted just two under a plea deal with prosecutors in May.

Sporting his toupee during Friday’s pre-sentence hearing, Napoli sought to be spared jail so he could care for his blind 93-year-old mother.

He had seen the light, reconnected with his Christian faith, and thrown himself into community and charity works, the court was told.

Mr Shaw said Napoli had worked at the education department for nearly 40 years and it was his life before his rorting ways brought him undone.

He realised now he and his colleagues had enjoyed too much power and freedom in their high-ranking positions, the barrister also said.

The case is due to return to court next Wednesday for a further pre-sentence hearing.