Freedom fighter or curse? The man behind the Rohingya insurgency

To his foes, Ata Ullah is a reckless amateur who has brought untold misery to hundreds of thousands of Rohingya after launching an insurgency in Myanmar.

But to supporters of the Arakan Rohingya Salvation Army, their leader is an intrepid fighter who left a life of luxury in Saudi Arabia to defend the stateless group against overwhelming odds.

“He inspires people. He speaks in a way that resonates with the grievances felt by that community.”

Ullah is believed to have ordered the deadly attacks by ARSA in Myanmar’s Rakhine state last month, provoking a ferocious offensive by security forces that has sent around 420,000 Rohingya fleeing to Bangladesh.

He first came to public attention last October when he announced his group’s arrival in videos posted online after launching deadly ambushes on Myanmar border posts in Rakhine state, long a hotbed of religious tensions between Muslims and Buddhists.

Multiple sources close to the leader told AFP that Ullah is in his early 30s and appears to oversee a rag-tag network of cells comprising lightly trained men armed with sticks, machetes and a small number of guns.

In the videos, flanked by masked gunmen and dressed in casual attire, Ullah lists the crimes committed against the Rohingya by the Myanmar government, and promises to liberate the community from “dehumanised oppression”.

The vast majority of the world’s Rohingya community have been stateless for decades, eking out hardscrabble lives in ghettos in Myanmar or overcrowded refugee camps in Bangladesh. 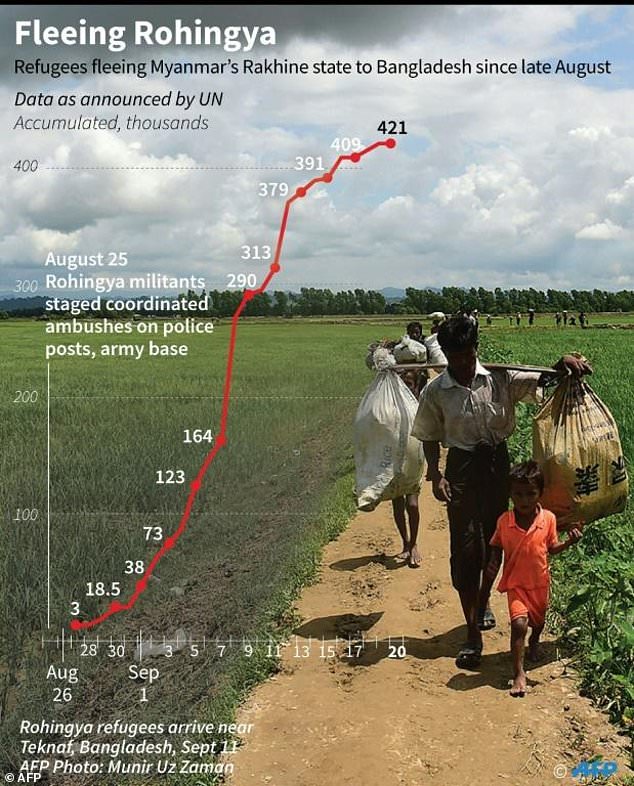 But Ullah was raised in a middle class home in the sprawling Pakistani port city of Karachi.

His father studied at the esteemed Darul-Uloom madrassas in Karachi before moving the family to Saudi Arabia to teach in Riyadh then later Ta´if, according to a relative interviewed by AFP.

There Ullah recited the Koran at a mosque where he caught the attention of wealthy Saudis who asked him to tutor their children. He was soon brought into the group’s inner circle, enjoying late-night parties and lavish hunting trips.

“The Saudis liked him a lot and treated him like one of their own,” a relative of the Ullah family with knowledge of their time in Saudi Arabia told AFP.

But after the 2012 communal rioting in Rakhine that displaced over 140,000 mostly Rohingya, Ullah abandoned his comfortable life in Saudi Arabia to go back to Myanmar and fight.

First, he returned to Pakistan with millions of dollars seeking guns, fighters and training from top jihadist groups, according to militants in Karachi who met him during the trip.

Three figures from militant circles who met Ullah in 2012 in Karachi said money was sent to him via traditional Islamic hawala transactions, an informal system of payments based on trust that is far more difficult to trace than bank transfers. The sources added that they assumed the funds came from wealthy Saudis and Rohingya in Saudi Arabia.

He contacted figures tied to the Afghan and Pakistani Taliban and Kashmiri separatist groups like Lashkar-e-Taiba, offering them large sums of cash in exchange for help, to no avail. 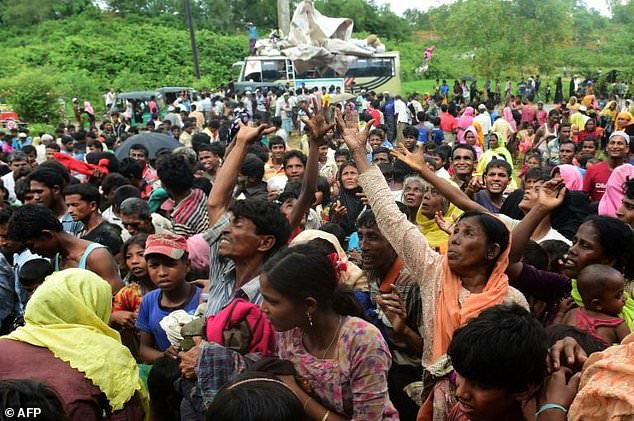 More than 420,000 Rohingya Muslims have fled the violence in Myanmar, seeking sanctuary in neighbouring Bangladesh where many live in squalid refugee camps

“Publicly, these organisations had expressed their solidarity with the Muslims of Burma and called for jihad but they gave him the cold shoulder,” said one source who collaborated with Ullah in 2012, using Myanmar’s former name.

Most of the Pakistani militants snubbed or outright ignored the requests, while others stole the money he paid for weapons that were never delivered.

“The calls for jihad in Burma by various militant groups are nothing but a publicity stunt and a means to gain sympathy from Muslims,” said retired Pakistani general Talat Masood.

Sources from multiple militant circles who saw Ullah in Pakistan in 2012 said he left the country a committed nationalist with a lingering distrust of the jihadi outfits who paid lip service to the Rohingya’s plight but refused to offer tangible support.

“They stole his money,” said a source with access to ARSA fighters

Ullah viewed other Rohingya groups, like the largely defunct militant Rohingya Solidarity Organisation (RSO), with outright disgust, said one source who presided over meetings between Ullah and the RSO in Karachi.

Following the new wave of violence in Rakhine, the same jihadists who once shunned Ullah have reached out with promises of support for the poorly armed fighters.

Sources in contact with Ullah said he has refused their offers, despite ARSA’s dire need for medical supplies and weapons following attacks by Myanmar forces.

“Some of his people have suggested accepting the offers of help but he has shown no interest,” said a source with ties to one of Ullah’s training camps in Bangladesh.

He fears “that his mission might be hijacked if he involved other religious groups”. RSO’s Pakistan representative Noor Hussain Burmi who met Ullah in 2012 said the insurgent’s vanity and recklessness has brought more misery to the community in Myanmar.

“He does not want anyone else to set foot in Rakhine because he thinks they will overshadow him,” Burmi told AFP.

“It’s very difficult to give much credibility to the claim that ARSA is trying to protect the rights of the people,” said Horsey.

“It’s provoked the worst crisis for the population probably in its history.”