A Paris appeals court has backed the French competition regulator’s order that Google must pay news companies for use of their copyrighted content.

Google had argued that news companies benefit by having their articles listed on its search engine which drives millions of visitors, but the French press said this was dwarfed by the billions the US firm reaps in adverting revenue.

The ruling in Paris will be watched keenly by governments across the world, not least in London and Washington, which have raised concerns over the ‘advertising duopoly’ operated by Google and Facebook.

The google offices at Googleplex in Menlo Park, California 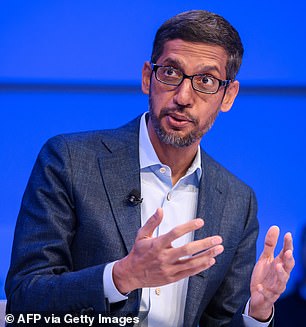 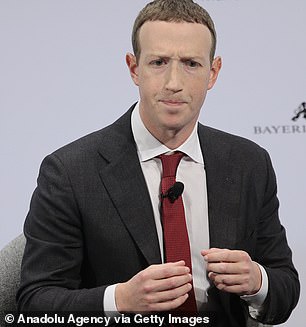 In 2019, France became the first country to ratify and apply the copyright law adopted by the European Parliament that includes so-called neighbouring rights that include the use of news in search results.

Agence France Presse, the national press agency, and other media groups lodged a complaint against Google with France’s competition regulator last November, claiming the company was not negotiating in good faith to settle the dispute.

In April, the competition authority ordered Google ‘to conduct negotiations in good faith with publishers and news agencies on the remuneration for the re-use of their protected contents.’

The main issue before the competition authority – whether Google is abusing its dominant market position – remains to be decided, in a ruling expected early next year.

In addition to the negotiations with French newspapers, Google is in separate talks with AFP and magazine publishers.

In December, the French competition regulator fined Google £128 million for ‘abusing its dominant position’ and unfairly banning websites from advertising on its search engine.

She added: ‘Google has the power of life or death for certain companies that live by these advertisements.

‘We don’t contest Google’s right to impose rules. But the rules must be clear and imposed equally to all advertisers.’

The authority, in its first ever sanctioning of the American giant, said the methods used by Google Ads are ‘opaque and difficult to understand’ and that the company applies them in an ‘unfair and random manner.’

France is not the only country where Google has come under pressure from the government to share its revenue with local media.

The Australian government has drafted a law to make Facebook and Google pay for news content it uses.

Canberra’s legislation, drawn up by the competition regulator, demands that the multi-billion dollar Silicon Valley giants negotiate fees with news companies whose stories appear on their websites.

In response Google threatened that it would charge Australians for using its search engine and Facebook warned it would block users from sharing news stories.

Speaking last month, Prime Minister Scott Morrison said: ‘I’m quite certain we’ll come to a sensible outcome on this and it won’t need coercion wherever it comes from. It’s not something I respond very well to.’

Australia’s crackdown is targeting stories that appear in Google searches, Facebook’s news feed and on Instagram without any money going to the news businesses which actually produce them.

Australia says this is a ‘fundamental bargaining power imbalance’ which means that news websites are unfairly deprived of advertising revenue siphoned off by Google and Facebook.

Facebook Australia was paid A$674million (£370million) by local advertisers in 2019.

Regulators say that Facebook and Google not only benefit financially from showing the news stories, but also boost their status as news providers in Australia and collect user data which is used to improve their services.

The code will require Google and Facebook to give publishers 28 days notice of any algorithm changes that are likely to have a significant impact on their traffic.

Last week, Google CEO Sundar Pichai announced a $1 billion ‘investment in partnerships with news publishers and the future of news.’

‘This financial commitment – our biggest to date – will pay publishers to create and curate high-quality content for a different kind of online news experience.’ Pichai wrote.

‘Google News Showcase is a new product that will benefit both publishers and readers: It features the editorial curation of award-winning newsrooms to give readers more insight on the stories that matter, and in the process, helps publishers develop deeper relationships with their audiences.’