French theatre axes British artistic director, 63, after she was accused of not saying ‘Bonjour’ to staff every day

The British boss of a prestigious French theatre has lost her job after being accused of failing to say ‘Bonjour’ to staff.

Three years ago, Ruth Mackenzie, the artistic director at France’s Theatre du Chatelet, became the first woman to head the Paris institution – but her contract was abruptly terminated on Friday.

Describing her ‘unbelievably brutal’ exit, the 63-year-old said: ‘A letter was sent to my lawyer terminating my contract and telling me I was to vacate my office, my email was being cut off and my salary stopped.

‘There was a complaint about my management style oppressing a couple of junior members of the marketing team, but they got the union involved so an independent inquiry was carried out.

Three years ago, Ruth Mackenzie, the artistic director at France’s Theatre du Chatelet, became the first woman to head the Paris institution – but her contract was abruptly terminated on Friday

‘The inquiry produced a 56-page report which explicitly stated that there was no evidence of any wrongdoing.’

Ms Mackenzie, who was in charge of the official cultural programme for the 2012 London Olympics, for which she was appointed a CBE, added: ‘There were a few points raised, for example that I didn’t say “Bonjour” to people every day, that my French is not good enough and that I didn’t attend a staff ceremony to turn on the Christmas lights, but nothing constituting a sackable offence. 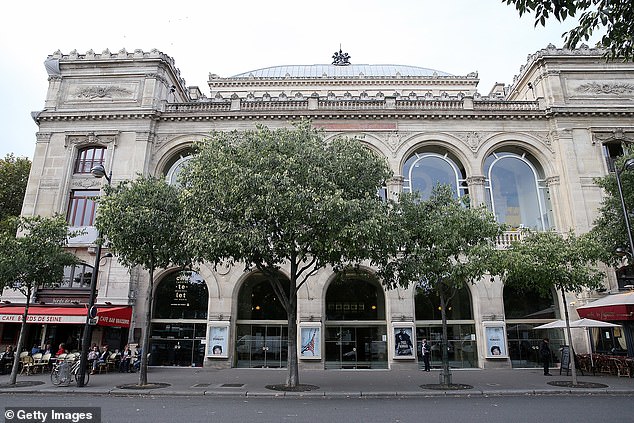 ‘It recommended mediation and workshops, which, of course, I accepted.’

The theatre declined to comment on her departure but a source told French media that there had been a ‘managerial and financial problem’ related to Ms Mackenzie’s first season at the theatre and opera house.

The Theatre du Chatelet, which dates back to 1862, was closed for two years from 2017 for a £28.6 million restoration and reopened last September but it has been forced to close since then by the Covid-19 pandemic.