Economy class on any airline is rarely much better than bearable.

But not if you have an entire row to yourself, then it becomes another version of business class – because you can use the seats as a flat bed.

Here London-based travel expert Gilbert Ott who runs the God Save The Points tips blog reveals his pointers for making sure you get an entire row on your next flight, without paying for them, of course…

Here London-based travel expert Gilbert Ott, pictured, who runs the God Save The Points tips blog reveals his pointers for making sure you get an entire row on your next flight

If you can find a flight that is sparsely populated then your chances of scoring a row to yourself obviously improve dramatically.

And believe it or not, there are ways of making sure you’re on one.

Mr Ott says: ‘The simplest way to find empty flights is to look at airline seat maps during the booking process. Before actually buying a ticket, most airlines allow you to see a map of available seats.

‘If they don’t you can look for free on ExpertFlyer.com. Try to take a quick mental snapshot for each flight option of which flight looks the most empty.

‘The less seats sold, the better your chances are of getting a flat bed in economy.

‘If you want to do this like a pro, you can pay $10 to use the pro tools on ExpertFlyer.com. If you do, you’ll be able to see exactly how many tickets are still unsold in each cabin for each flight on any given airline each day.’ 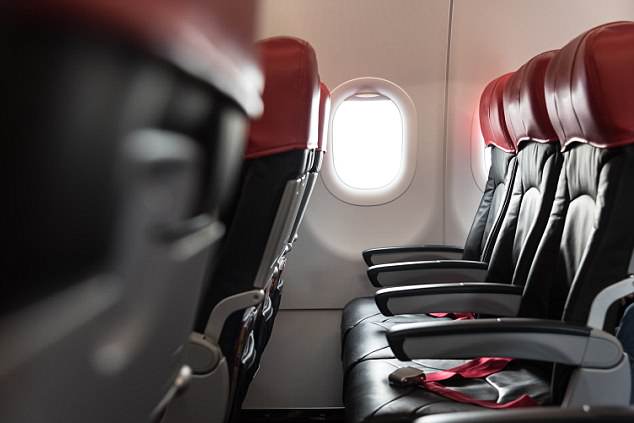 ExpertFlyer.com has several tools that can help fliers bag a row

This may sound counter-intuitive given our quest here, but Mr Ott claims there’s a logic to it.

He says: ‘In a quest to feel economy cabin superiority, people go to great lengths and expense to shoot for a seat in the first few rows. This is handy for jetting off the plane quickly, but other than that – it just puts you in the middle of the crowd.

‘By being less ambitious and opting for a mundane seat toward the middle or rear of the cabin, you’ll be instantly in seat that’s highly less likely to have someone sitting next to you.

‘You can also set free ExpertFlyer seat alerts using their mobile app. These alerts can be set for multiple seats so you’ll be notified if someone has the audacity to book one of the seats next to you.

‘If they do, you can move again after consulting the chart.

If your airline charges for seat assignments or seat changes, stick with the picking a mundane seat approach – there are still lots of tricks left in the bag.’ 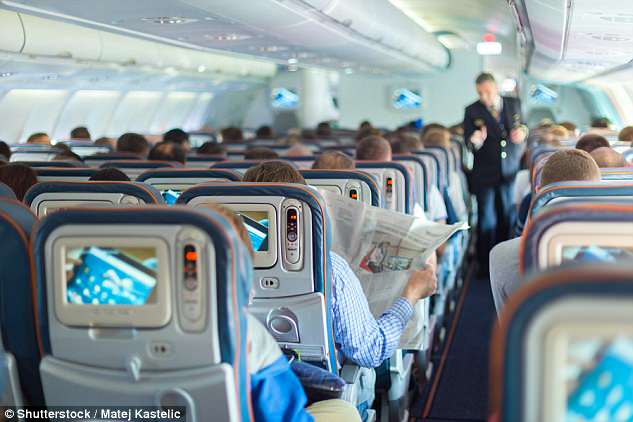 Sometimes, says Mr Ott, you simply have to ask.

He explains: ‘Once everyone has checked in and gone through security, which for international flights is generally two hours before departure – seats pretty much stay the same. But since you’re an uber-smart traveler, you’re going to be the exception to the rule. Either before boarding, or directly at the end of it – but NOT during – politely ask the gate agent if there are any seats without anyone next to them, or better yet, with an entire row empty.

‘The agent can manually issue you a new boarding pass. This is particularly effective after boarding has completed, in case anyone has tried the same ploy.’

Be quick off the mark

As a last resort, says Mr Ott, make a dash for it.

He explains: ‘If despite your best efforts you find yourself on a flight with a loathsome seat mate, do a quick scan before take-off for any rows which have gone out empty. It happens – very often, especially since you were clever enough to pick an empty flight from the get go.

‘By scanning before take-off, you’ll be poised to quickly undo your seatbelt at the sound of the ding when the aircraft levels off.

‘Landing that empty row before someone else is a race, so be ready to move swiftly when you hear the ding. A flat bed in the sky is so worth it though.’