Who needs Spain? Friday is set to be the hottest day of year with temperatures of up to 91F in London

Holidays to Spain may be off the agenda but Iberian weather is coming to the UK instead.

Travellers forced to cancel trips will at least see a hotter spell than the Balearic Islands.

Temperatures of up to 33C (91F) are expected in London and South East England on Friday, which may be the hottest day of the year so far.

Temperatures are expected to soar across London and the South East, bringing tourists to spots including Southend, above, while warm weather is also predicted for the North and West of the country

The heatwave is being caused by a plume of hot air brought north from France and Spain. 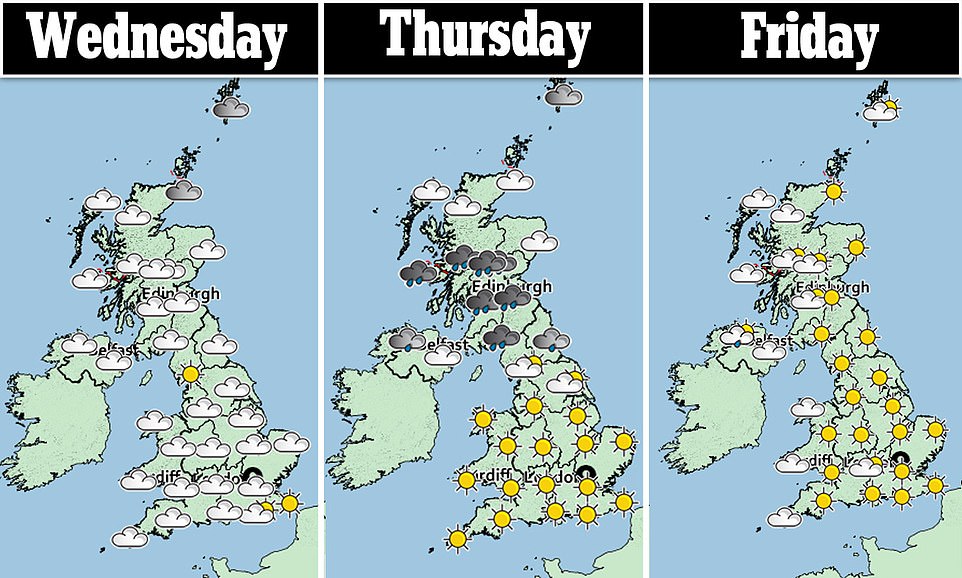 A spokesman for weather forecasting agency Meteo Group said: ‘It is due to become fine, dry and warm tomorrow (Thursday), and temperatures will rise further into Friday.

The intense heat could spark isolated thundery showers on Friday – although it is too early to predict where.

UV levels are due to be high in all parts of England and Wales tomorrow and Friday.

The warm spell is likely to persist around London and South East England on Saturday but it will be cloudier further north and west.

Sunday will see a mix of sun, cloud and showers