A long-time friend of Prince Harry has been slammed after his wife used TripAdvisor to sack a barmaid from a village gastropub.

Entrepreneur Howard Spooner, 47, owns a string of pubs with racehorse owner pal Guy Sangster, including the Outside Chance in Manton, Wiltshire.

The pub was bought with winnings from a racehorse trained by Nick Lampard, whose wife Rosie has worked there since it opened in 2008. 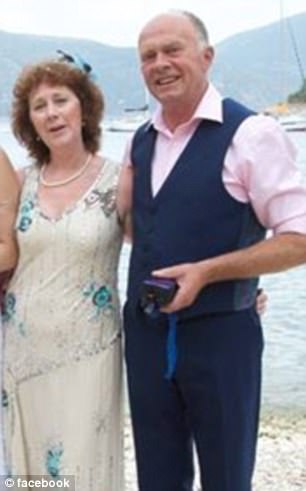 Howard and Lucy Spooner sacked barmaid Rosie Lampard after a negative review on TripAdvisor about her service at the Outside Chance pub in Manton, Wiltshire

However, the friendship has ended in acrimony after Mr Spooner and his wife Lucy sacked Mrs Lampard following a number of negative reviews online.

The couple even announced her impending dismissal on TripAdvisor while responding to a complaint.

To add insult to injury, the Spooners also told Mr Lampard that he would no longer be able to use their stables.

Mrs Spooner, 56, said: ‘I have worked there for nine years.

‘I understand that TripAdvisor reviews are important and would have been happy to speak to Howard about the reviews but it all got out of hand.

‘It is a very sad ending to everything.

‘I felt terrible for Nick as it meant he lost his licence to train.’ 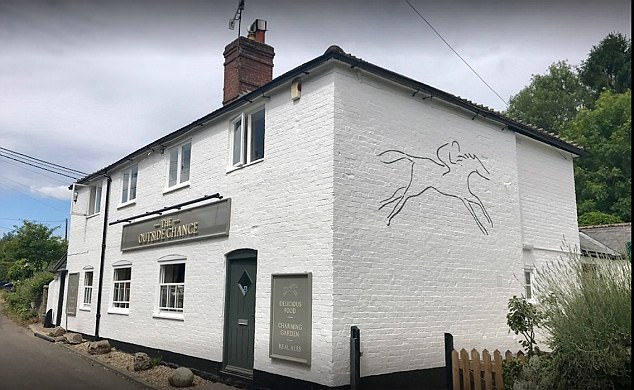 Mr Spooner, 47, owns a string of pubs with racehorse owner pal Guy Sangster, including the Outside Chance in Manton, Wiltshire (pictured) 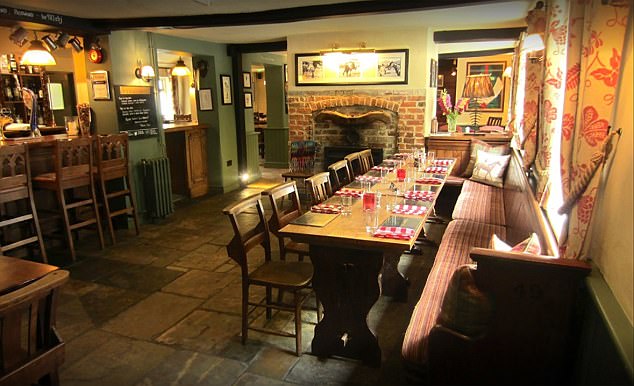 The gastropub (pictured) was bought with winnings from a racehorse trained by Nick Lampard, whose wife Rosie has worked there since it opened in 2008

Mr Spooner hit the headlines in the 1990s when he opened nightclub Public with Princes William and Harry’s best mate, Guy Pelly, in Chelsea, west London.

The club closed suddenly after complaints about the behaviour of revellers and the pair fell out over £76,000 in legal fees.

However, Mr Spooner’s other south London ventures, DNA in Clapham, and the Clapham Grand, are still in business.

In 2008 he invested in the Outside Chance pub with winnings from the racehorse Only Dreams, which won at Leicester as a 100-1 outsider.

It was bought by Mr Spooner for £400 and trained by Rosie’s husband Nick.

The unexpected success of Only Dreams inspired the pub’s name and it became well-known in racing circles, with AP McCoy celebrating his 4,000th winner there.

Rosie started working there in 2008 but the establishment recently began to get negative reviews based on the attitude of the waiting staff. 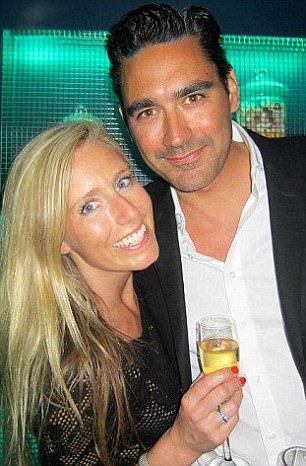 Mr Spooner, pictured, with his wife, said he had ‘no choice but to sack’ Mrs Lampard

The final straw came four weeks ago when a review was posted on TripAdvisor under the headline: ‘Slow, disinterested service’.

It read: ‘I have to say that the apart from the ever so slightly burnt chocolate sauce on the brownies for desert, the kitchen was very good.

‘However the whole experience was ruined by a very slow indifferent service.

‘Nobody took the interest to inquire whether we would like any further drinks or tea, coffee, cheeseboard or liqueurs when we had finished our meal.

‘We were totally ignored when standing at the bar to order drinks and when waiting to ask if we could pay the bill, until it was our turn to receive their attention.

‘Call me old fashioned, but I do appreciate some form of acknowledgement that I exist and will be catered for as soon as can be done.’

Mrs Spooner responded: ‘As the owners of this pub we are absolutely horrified by your experience and so sorry. Please rest assured that waitress will be sacked today.

‘To be absolutely sure, please could you describe this waitress? Please will you bring your group back as our guests so we can have you looked after properly at our expense.’

But the reply prompted surprise on the site, with one user writing: ‘Working for a large organisation I am horrified by the owner’s response: free lunch, great, but a knee-jerk public sacking? No offer of training? Unprofessional and de-motivating for all.

‘Luckily public floggings have been outlawed otherwise the poor waitress may have had a taste of the cat o’nine tails!’

Commenting on a local newspaper article about the row, Ray Dawson wrote: ‘Asserting that a staff member will be sacked on a one sided story is not good business. 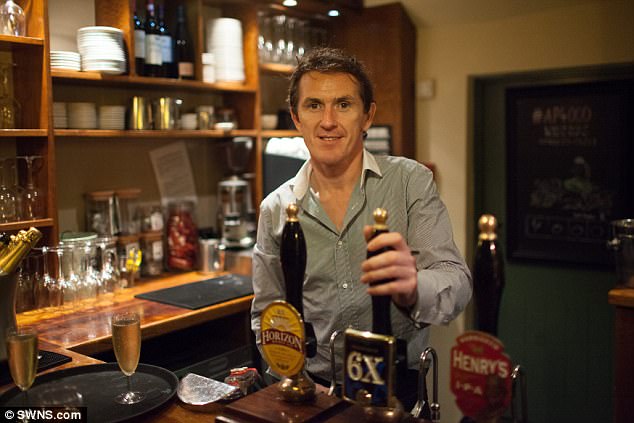 The pub is well-known in racing circles, with champion jockey AP McCoy celebrating his 4,000th winner there

‘The correct way would be to interview the staff member and gain the other side of the story then make a balanced judgement.

‘Future recruitment may be problematic now as who would want to work in those circumastances? Recent changes in industrial tribunal appeals rules might also come into play here.’

In response to the criticism, Mrs Spooner wrote: ‘The particular member of staff had been trained for nine years, yet failed to be able to be civil to customers consistently, attracting constant complaints on numerous occasions.

‘We did persevere with her but, in the end, we have found ourselves apologising for her attitude constantly.’

When asked about the sacking, Mr Spooner said: ‘In the end I had no choice but to sack Rosie. I gave her every opportunity to explain about the original TripAdvisor review.

‘There had been many other complaints.’

Despite Mrs Lampard’s, recent reviews have been mixed.

Less than a week ago, another TripAdvisor user wrote: ‘The outside of the pub looks inviting but inside was a complete let down. Service was good and food ok but the price tag doesn’t match the setting.’