He starred in one of the most famous sitcoms of all time.

But Friends star Matt LeBlanc has revealed the toe-curling moment he accidentally ate a plate of trifle that had been spat out by co-star David Schwimmer during filming for the show’s sixth season.

The 50-year-old Top Gear front-man told Graham Norton on Friday he only discovered the blunder months later while watching a blooper reel, re-enacting the look of horror after seeing he had eaten the regurgitated dish.

Gross: Friends star Matt LeBlanc has revealed the toe-curling moment he accidentally ate a plate of trifle spat out by his co-star David Schwimmer, as he chatted to Graham Norton

Speaking to Graham, Matt recalled the hilarious scene which saw Rachel Green unveil her delicious dessert for Thanksgiving dinner with the Friends and Monica’s parents.

But due to the cookbook pages being stuck together, Rachel instead made a trifle-shepherd’s pie hybrid, which her pals are then forced to stomach to spare her feelings.

Matt told Graham that in reality the scene wasn’t as disgusting as it was made out to be, as they were instead given just a plate of whipped cream and bananas. 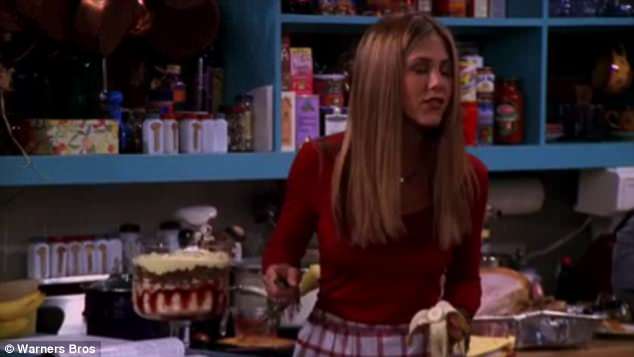 Gross: Matt recalled an episode from the iconic sitcom’s sixth season when Rachel made a trifle full of meat after two pages of the recipe book were stuck together 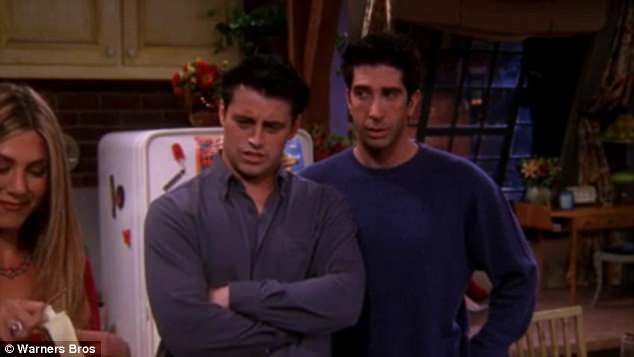 Not-so sweet: In character as Joey Tribbiani, Matt revealed he and co-star David pretended to eat the dish for the scene, when in reality it was just whipped cream and bananas

But co-star David was forced to eat an entire plate for the scene, as Ross Gellar had to lie that he loved the dish to avoid hurting Rachel’s feelings.

As the director yelled cut, Matt said David had to spit out some of the dish as he was eating it too fast, and what happened next will leave fans of iconic sitcom gagging.

He said: ‘As we were cutting, he kind of spits it back on his plate. And I’m looking the other way. I didn’t see him spit it back on the plate, so I take his plate and go ‘Give it to me,’ and scrape some on my plate.’ 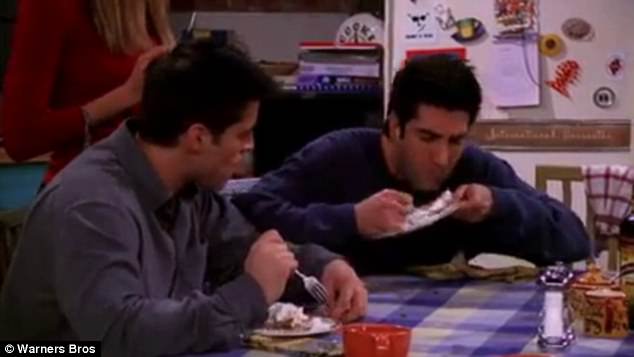 Disgusting: The Top Gear presenter then revealed that when the director yelled cut, David his spit his mouthful back onto the plate, which he unknowingly ate in the next take! 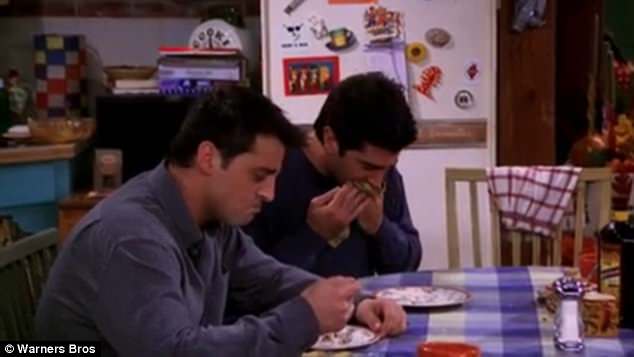 Eww! Matt said he had no idea what had happened until he saw a bloopers reel at the season wrap party, and was horrified to see what he had eaten

The Episodes star added: ‘And then we [start filming again], but now I’m eating it. We finished the take. No one said anything to me!’

Matt added that it wasn’t until the wrap party he realised the mistake, re-enacting the look of horror when the blunder featured in a season blooper reel.

Friends fans have been hoping for months that the cast may one day reunite for a revival series, but Matt recently confessed he wouldn’t be interested in reprising his role as Joey. 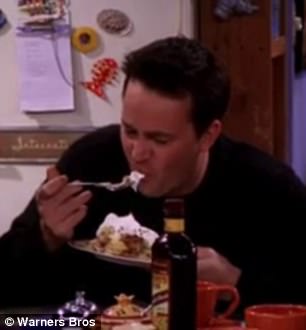 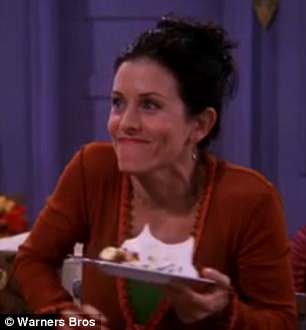 It’s good! The Friends were forced to pretend they enjoyed Rachel’s dessert for the scene, as they entertained Monica’s parents for Thanksgiving Gross: Matt admitted he wasn’t looking when David spat out his mouthful, and so ate the dish with barely a second thought

Speaking to Weekend Magazine he said: ‘I don’t want to do it – simple.

‘People want to know what happened to them. But it was about a finite period in a person’s life after college, before you settle down and start a family.

‘To go back and revisit all these years later, well I don’t know what the story would be now. They would all have moved on from that period so it just wouldn’t be the same.

‘We were a lot younger then and I think that’s how the characters should stay. Normally I’d never say never, but in the case of Friends I would say definitely never.’ 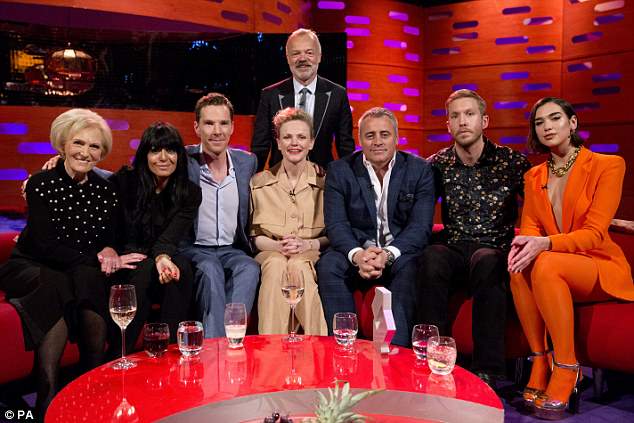