Horrified friends of a woman who was shot dead at a packed pub on Christmas Eve have described how she was singing and dancing before they heard bangs ‘like fireworks’ and saw her lying on the floor.

Elle Edwards was celebrating Christmas in the Lighthouse Inn in Wallasey, a village near Liverpool, with her sister and friends when she was shot in the head at around 11.50pm.

Jess, a friend who was with her when she was shot, told Sky News: ‘We went to go get a drink and we were at the bar and we just heard bangs, like fireworks. We had been dancing and singing and now she’s on the floor.’ 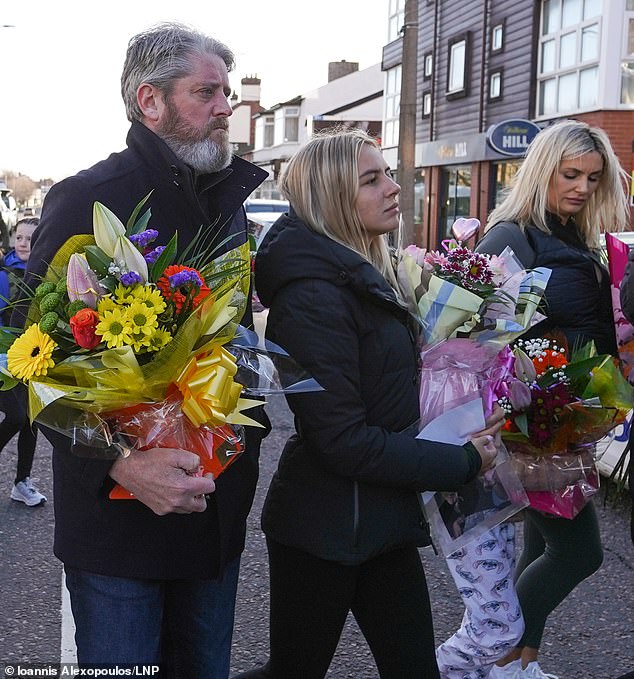 Party-goers desperately performed CPR on the beautician in a bid to save her life but Ms Edwards, who has been described by friends as a ‘crazy diamond’, died at the scene.

Ms Edwards’ sister Lucy lives in Dubai, but had flown home to celebrate Christmas with her family. She left the pub before her sister was shot dead.

In an emotional post on her Instagram, she said: ‘My beautiful sister, my bestest friend, my second mummy and my rock. I love and miss you so, so much already. My Elle May.’

Friend Jess said: ‘People were around her trying to help her — but you can’t do anything. I just felt grateful that I am still here but felt guilty because I was with my family on Christmas and she wasn’t.’

Referring to Ms Edwards’ sister leaving the pub early, she added: ‘It plays on your mind — whether she should have gone home too.’

Meg, another friend who did not give her surname, said: ‘We had been dancing and singing. I’ve got videos of us all I can’t stop watching. We were so happy.’

Asked what memories they had of their friend, they described her as ‘so funny’, adding: ‘There was never a time when we’ve been out where we’ve not had a ball.’

It comes as Merseyside Police confirmed last night that a 30-year-old man from Tranmere has been arrested on suspicion of murder and attempted murder.

A 19-year-old woman from Rock Ferry has also been arrested on suspicion of conspiracy to murder.

Police say the two suspects have been taken into custody, where they will be questioned by detectives.

Four men who were inside the pub also suffered gunshot wounds, including a 28-year-old who police say is continuing to receive medical treatment in hospital but is no longer in a critical condition.

Ms Edwards’ father Tim yesterday visited the scene to lay flowers among the growing sea of tributes left outside the pub, as her family described her as ‘the light of our life’.

‘To my beautiful Elle, you are the light of my life, you will never be gone,’ her parents wrote.

People have also been urged to ‘do the right thing and speak up’ if they have information about the incident. 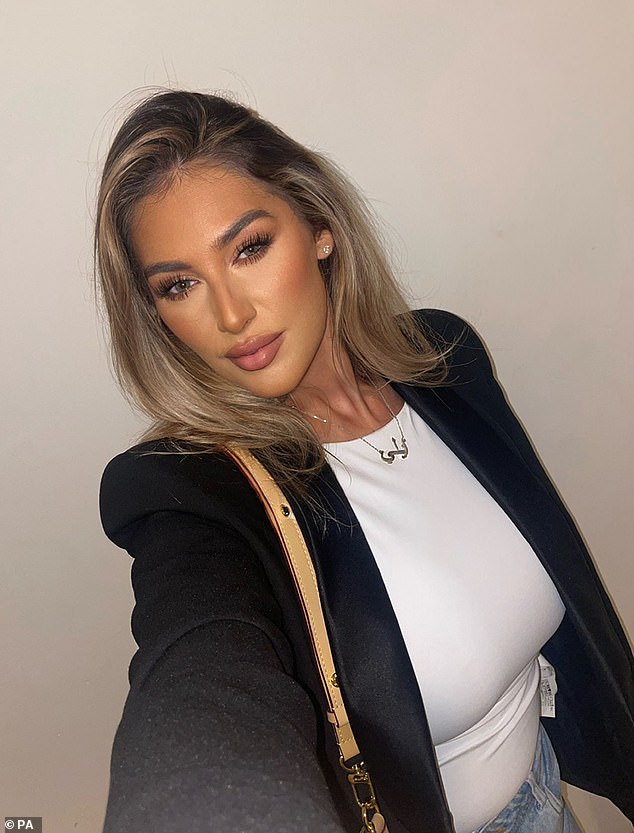 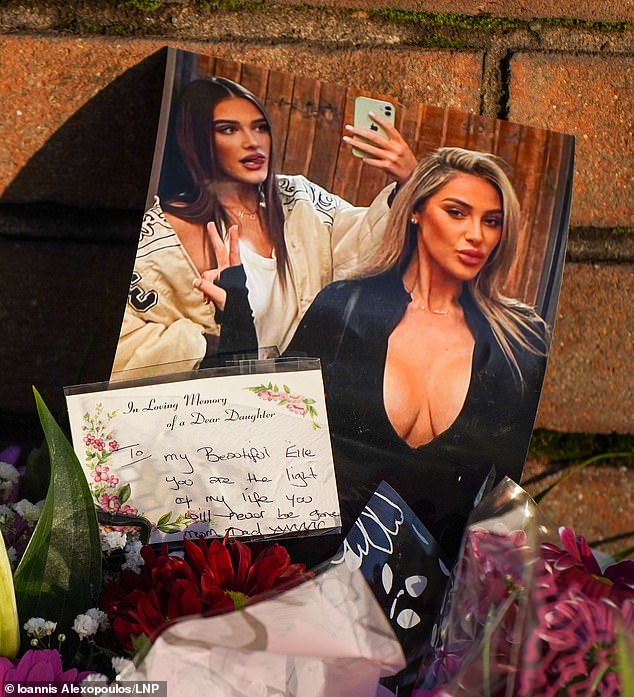 The parents of Elle Edwards left a heartbreaking tribute to her after she was killed at a pub on Christmas Eve. They wrote: ‘To my beautiful Elle, you are the light of my life, you will never be gone’ 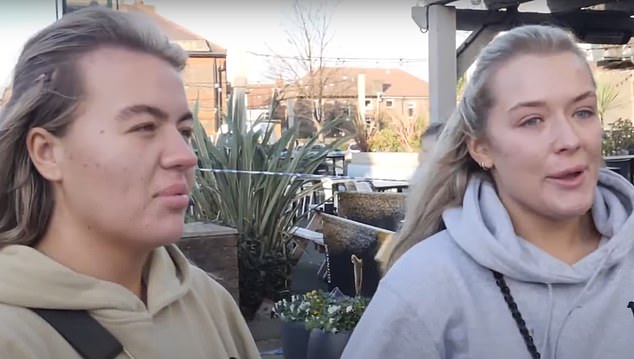 Jess (right), a friend who was with her when she was shot, told Sky News: ‘We went to go get a drink and we were at the bar and we just heard bangs, like fireworks’

Merseyside Police and local councillors say people should not ‘stay quiet’ or ‘sit in silence’ if they have useful knowledge.

Police and community leaders gathered to speak with and support residents of Wallasey Village on Monday.

Officers were joined by local councillors, representatives of Wirral Council and the office of the area’s MP Dame Angela Eagle ‘to show their support to residents during this tragic time’.

They called at people’s homes in the roads surrounding the village ‘to provide reassurance and give residents an opportunity to raise any concerns they may have’.

Superintendent Matthew Moscrop said: ‘We urge anyone with information, no matter how small, to contact us, supporting the investigation and helping to find justice for Elle, her family and others injured or otherwise affected.

‘This is not the time for anyone who knows who is responsible for this shooting to stay quiet. Do the right thing and contact us with information.’ 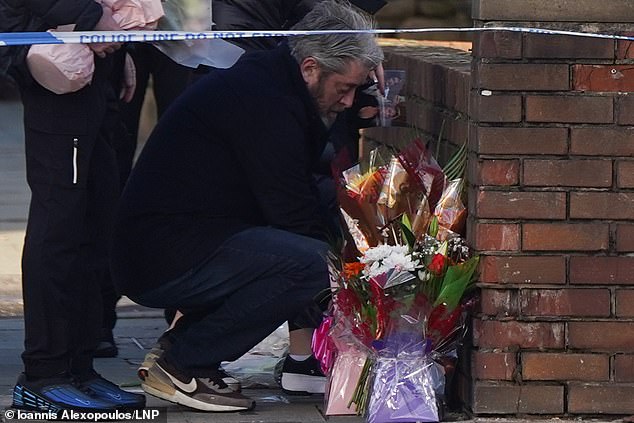 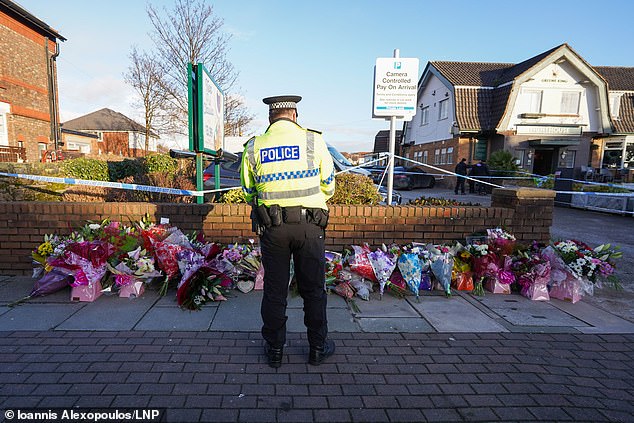 It wrote: ‘Absolutely lost for words… Heaven gained the most beautiful angel. We are all heartbroken, thinking of all of your family right now Elle, thank you for all of the laughs and happiness you brought into our lives, rest in paradise angel, love from your team at Nova.’

Yesterday, detectives said they believed Ms Edwards was not the target of the attack at the Lighthouse in Wallasey Village in Merseyside.

Detective Superintendent Sue Coombs from Major Crime Investigations said: ‘We have made two arrests in connection with this cold-blooded shooting.

‘Elle’s family are still having to come to terms with her tragic loss, and our specially trained family liaison officers are supporting them.

‘We will not rest until we bring those responsible to justice and I would appeal to anyone who has information to contact us.’

She said it was a ‘one-off occurrence which is out of character for the area’.

The council leader added: ‘Our hearts go out to the family of Elle at this tragic time as they deal with the loss of their loved one.

‘If you have any information, then do the right thing and speak up, otherwise you are complicit to the murder of the young woman. And no one can sit in silence.’

Local councillor Lesley Rennie said residents are ‘mortified by what has happened’ and the murder ‘seems to be a completely random act of violence where people were out enjoying Christmas Eve with family and friends’.

Meanwhile, her friend Tyreece Hon described her a ‘big sister’ in a moving tribute. 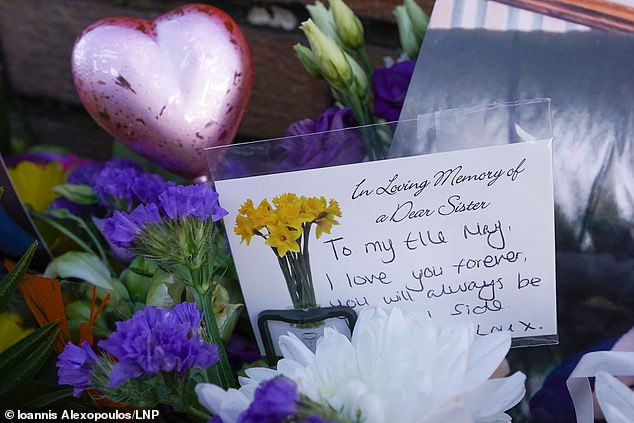 He wrote: ‘So last night this angel gained her wings and headed22 to the stars. Ellie you was always a big sister to me in my eyes and I can’t believe you’ve been taken from us so soon.

‘My heart goes out to your family who took me in as a son love you loads. Shine bright you crazy diamond. Till we shall meet again.’

And friend Britt Hughes said ‘Christmas will never be the same again’ after her tragic passing and that she ‘made me so happy inside when she walked in the room’.

She added that Ms Edwards would leave her in ‘fits of laughter’ and she would be ‘so missed my beautiful bestie’.

She also made a desperate plea, saying: ‘When will people stop the shooting?’

The Liverpool Echo reports that people tried to give Ms Edwards CPR while emergency services rushed to the scene. 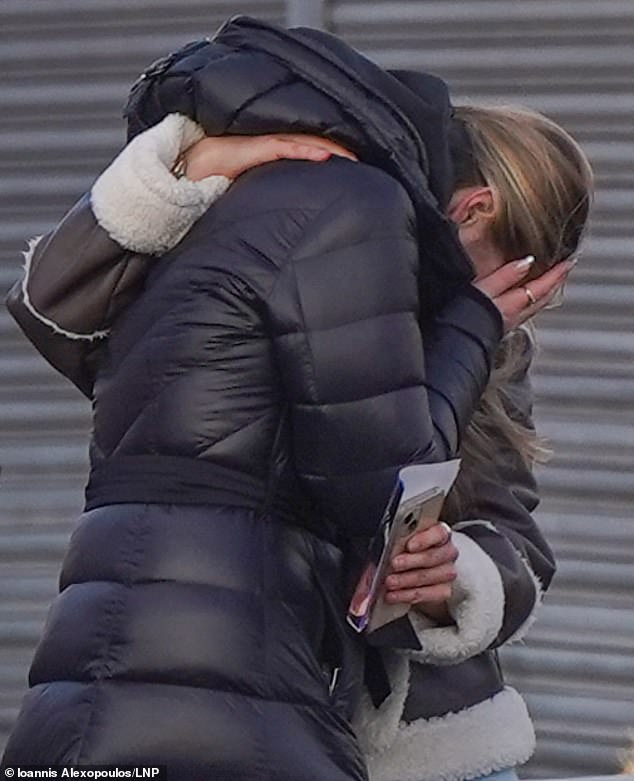 On social media, one parent said their daughter in the pub ‘was there giving CPR with another girl until help arrived’.

Others described the young woman as a ‘hero’ and a ‘brave, selfless young lady’ for her efforts.

Another parent said: ‘My daughter was there, she and her friends got home safe but is very distressed. She was stood right by the girl who was killed. So scary.’

Footage had earlier emerged of a woman asking ‘is that a gun?’ while she sat in the pub’s car park as the horrific incident took place.

Police previously said they believed a gunman fired shots towards the front entrance of the pub and that ‘minutes later, a dark-coloured vehicle, possibly an A-class Mercedes, was seen to leave the pub car park’.

A 22-year-old man was injured in his legs, while a 24-year-old suffered a hand injury and a 33-year-old was injured in the wrist. Police say none of those injuries are life-threatening.