From Churchill to 70s Britain, there’s a book for every history lover

HISTORY BOOKS OF THE YEAR

PRINCE ALBERT: THE MAN WHO SAVED THE MONARCHY

Her German cousin, who had been brought into the world by the same midwife present at her own birth, was ‘perfection in every way — in beauty — in everything’.

Even years after their wedding, he was still ‘the purest, the greatest and the best of human beings’.

Their marriage, as Wilson makes clear in this absorbing biography, was nonetheless tempestuous.

Victoria was demanding and passionate. The less combative Albert was often reduced to penning letters of rebuke to his wife.

She continued to adore her husband (and mourned him ostentatiously for decades after his death), but the public was less enamoured, even after his triumph in steering the Great Exhibition of 1851 to success. 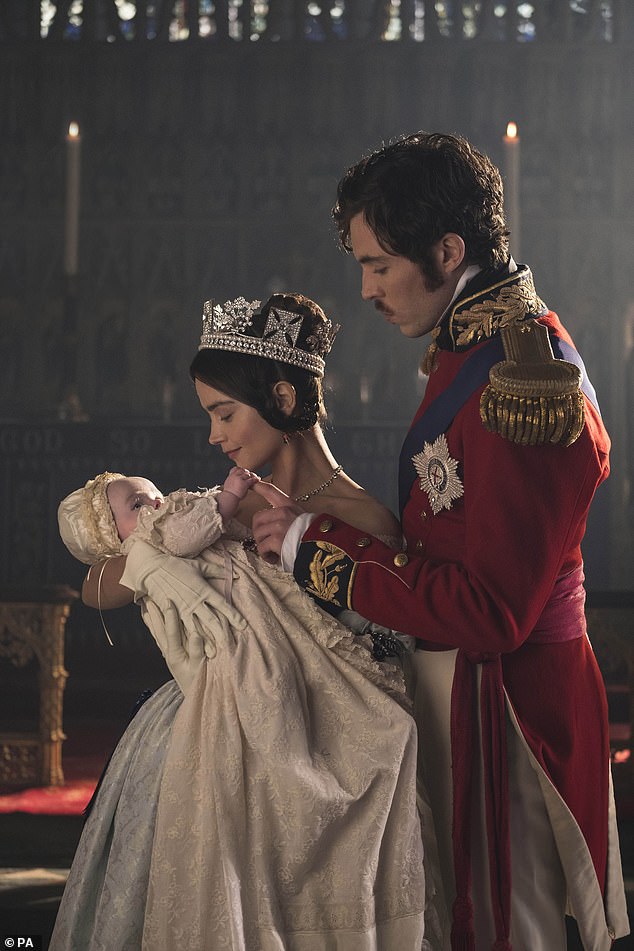 Their marriage, as Wilson makes clear in this absorbing biography, was nonetheless tempestuous

Wilson, however, argues persuasively that Albert’s many talents helped reshape the monarchy, fitting it for the modern world and giving it a role in British society that has lasted to the present day. 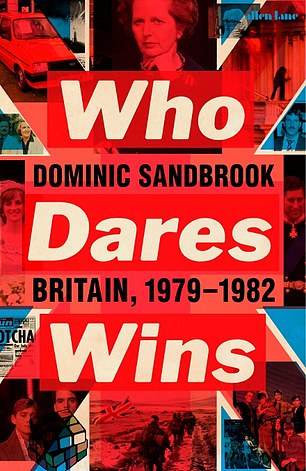 Dominic Sandbrook’s huge doorstopper of a book begins with Margaret Thatcher quoting St. Francis (‘Where there is discord, may we bring harmony’) as she entered No 10 Downing Street as Britain’s first woman prime minister in 1979.

It ends with the high drama of the 1982 Falklands War and a ‘rebirth of patriotic populism’.

More than 800 pages to cover three years may seem disproportionate, but Sandbrook has packed them with so much enjoyable detail and so many revealing quotes and anecdotes that it’s hard to argue the book is too long.

Sandbrook covers everything from Mrs Thatcher’s battles with her cabinet over monetary policy to New Romantics dressing up as ‘stiletto-heeled vamps . . . kohl-eyed ghouls and futuristic man machines’ at the weekly club nights run by Steve Strange in the Covent Garden bar, Blitz.

From Diana and Charles at their wedding (the former London mayor, Ken Livingstone, refused to attend because he didn’t want to dress up in a ‘funny suit’) to English football hooligans marauding through the capitals of Europe, Sandbrook includes the good, the bad and the ugly from three colourful, controversial years in a richly entertaining history. 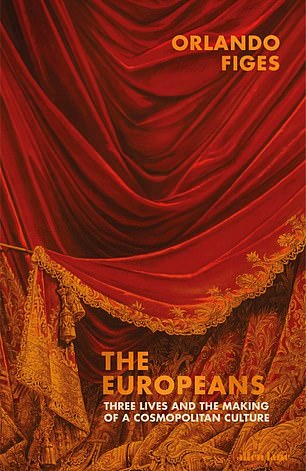 At the heart of Orlando Figes’s wide-ranging book about 19th century European culture is a love triangle.

When the Russian writer Ivan Turgenev first saw the opera singer Pauline Viardot he fell for her immediately. She was not a beauty — ‘richly ugly’ was how one admirer described her — but she had charisma.

Turgenev attended her every performance during her season at St. Petersburg’s Bolshoi Theatre, where he applauded her so loudly that he annoyed those sitting in neighbouring seats.

There was only one obstacle to the young Russian’s infatuation: Pauline was already married to a man 20 years her senior named Louis Viardot.

In the event, her marital status proved no problem. She and Turgenev became lovers, and remained close until the novelist’s death decades later.

After Pauline lost both husband and lover in a matter of months in 1883, she jumped from a window but survived. Her children put her on suicide watch.

Figes resurrects the intertwined lives of Turgenev and the Viardots with great sympathy and insight, and, in doing so, illuminates an entire era. 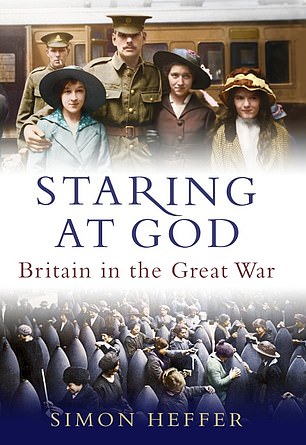 STARING AT GOD: BRITAIN IN THE GREAT WAR

‘We are within measurable distance of a real Armageddon,’ the prime minister, Herbert Asquith, noted in his diary as the great powers of Europe stumbled towards war in the summer of 1914 following the assassination of the Austrian Archduke Franz Ferdinand in Sarajevo.

As Simon Heffer shows in his weighty but enlightening book, neither politicians nor people had any real notion of what this Armageddon would be like over the next four years.

This is not a military history of World War I — there have been plenty of those already — but a history of what happened to Britain as the country was transformed by the slaughter in the trenches and the need to overcome Germany.

Nor is Heffer one of those detached historians whose own views are difficult to detect.

His disdain for the ‘rampantly ambitious’ Lloyd George, the man ‘schooled in deceit’ who replaced Asquith as prime minister, is only too evident.

Robust opinion, an eye for the telling detail and a gift for bringing historical figures alive for the reader are all in evidence in an epic, ambitious book. 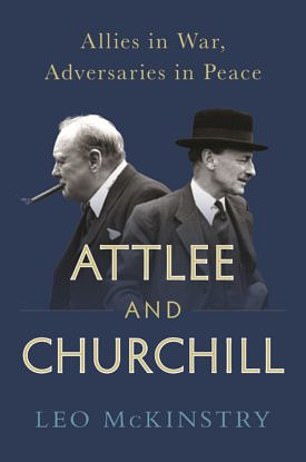 There have rarely been two major political figures as different as Winston Churchill and Clement Attlee.

The former was an aristocrat, born amid the splendour of Blenheim Palace, the latter a modest, abstemious member of the middle classes.

One was flamboyant and charismatic, the other so thin and colourless that someone once said, ‘An empty taxi arrived in Downing Street and Clement Attlee stepped out of it.’ (It was rumoured the joke was Churchill’s but he denied it.)

Churchill, ‘over-addicted to the good things in life’, loved to sit up into the early hours of the morning, talking with friends over the finest brandies; the highlight of Attlee’s evening, according to Leo McKinstry in this excellent joint biography, was making the bedtime cocoa with his wife.

The two men, leaders of their respective parties for a total of 35 years, were political opponents, facing one another across the House of Commons. And yet, during World War II, they became allies in the fight against Nazism.

McKinstry shows how the two men’s contrasting talents and personalities combined at their nation’s time of greatest need. 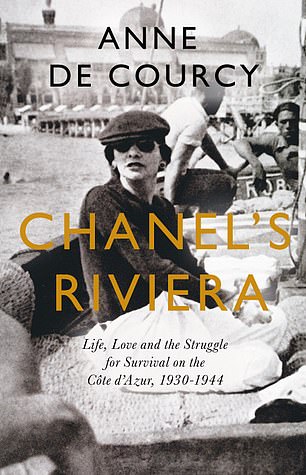 What do the novelists Ernest Hemingway and Somerset Maugham, the fabulously wealthy Aga Khan, Charlie Chaplin, the Duke and Duchess of Windsor and the British fascist leader Oswald Mosley have in common?

At one time or another in the 1930s, they were all living it up on the French Riviera, quaffing champagne, gambling in the casinos and indulging in love affairs.

At the heart of what was a long ’round of lunch parties, dinners, nightclubs, cocktail chatter and drunkenness’ was the famous fashion designer Coco Chanel.

Many of the inhabitants of this world, superbly brought to life in Anne de Courcy’s sparkling, gossipy book, faced a rude awakening on the outbreak of World War II.

Hedonists accustomed to luxury found themselves packed aboard ships ‘black with coal dust’, as they fled the Nazis. Chanel herself spent the war in Paris pursuing a controversial career under the Occupation which involved liaisons with high-ranking German officers and rumours of collaboration with the German intelligence services.

De Courcy’s book moves skilfully from pre-war glamour and decadence to the terror, misery and upheaval that followed the Nazi invasion of France. 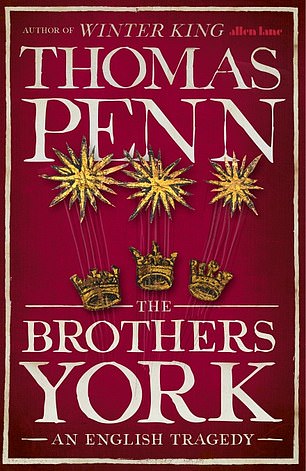 THE BROTHERS YORK: AN ENGLISH TRAGEDY

On February 2, 1461, as two armies faced one another at Mortimer’s Cross in Herefordshire, three suns appeared in the sky. Today we know this was a natural, if rare, phenomenon; to the soldiers at the time it was terrifying.

The leader of one army, the future King Edward IV, persuaded his men it was a sign that God was on their side and led them to victory.

Edward is at the heart of Thomas Penn’s gripping new history of what he calls a ‘sequence of vendettas and turf wars’, better known as the Wars of the Roses.

Sharing the limelight with him are his two younger brothers.

George, Duke of Clarence, was eventually executed for treason on Edward’s orders, supposedly drowned in a butt of malmsey wine. Richard, Duke of Gloucester, succeeded his brother on the throne but was killed in battle at Bosworth, his body buried ‘in a ditch like a dog’ to await rediscovery in the 21st century underneath a Leicester car park.

Penn follows the fluctuating fortunes of his protagonists in vivid detail. 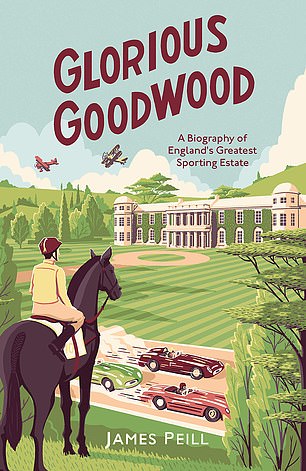 Mention Goodwood and everyone thinks of horse-racing, but this entertaining book reveals much more about the estate and the family which has owned it since the 17th century.

Peill begins his history with the 1st Duke of Richmond, illegitimate son of Charles II, who acquired Goodwood House in the 1690s.

A good-looking reprobate, he ended his life, according to a contemporary, ‘worn out with debauchery’ and ‘no longer the handsomest creature in the world but the ugliest’.

His successors proved equally colourful. The 2nd Duke was a generous patron of cricket who drew up the earliest written rules of the game still in existence. He also kept a menagerie in his grounds, startling his guests with a baboon that lived in a hermit’s cell.

The 4th Duke fought a duel with a member of the royal family and died in Canada, where he was serving as Governor-General, of a bite from a rabid fox.

More recent dukes can seem a little tame in comparison with their forebears, but traditions of hospitality and sporting endeavour have lived on.

As one 18th century visitor, the playwright Colley Cibber, once remarked, ‘Who can want spirits at Goodwood?’