From the world’s oldest football to a Viking sock, museums around the world share their best items

Battle of the museums! Institutions from around the world show off their ‘star objects’ including a Viking sock and 2,000-year-old coins in an impromptu social media competition

Museums across the world have competed over which institution has the best ‘star object’, from the world’s oldest football to a Viking sock.

The Yorkshire Museum, which has been entertaining fans with #CuratorBattles throughout lockdown, began the hunt on Twitter last week and started the search with its own contribution – an eighth century Anglo-Saxon helmet.

Entries from other curators across the world, which were collated by Bored Panda, also included 2,000 year-old Celtic coins and Neil Armstrong’s Apollo 11 spacesuit.

The Yorkshire Museum began the hunt on Twitter last week for the best object and started the search with its own contribution – an eighth century Anglo-Saxon helmet (above). The museum said it ‘is the most finely constructed and complete one in all of Europe’ 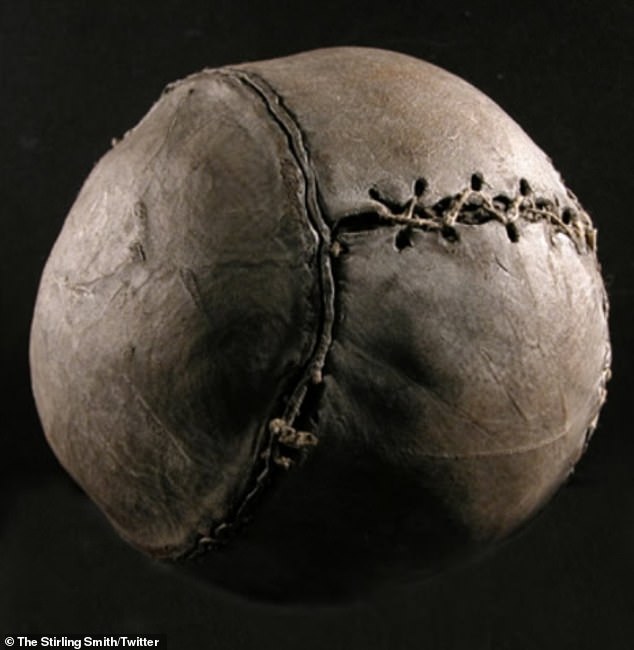 The Stirling Smith museum revealed the world’s oldest football for its star object. ‘It was kicked into the rafters of Stirling Castle in the 1540s when footballs in Scotland were known as “fut ballis”. It remained there until its discovery in 1981’ the curator explained 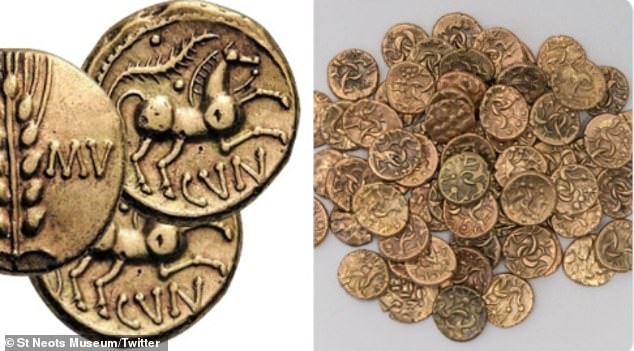 The St Neots Museum in Cambridgeshire, presented 67 Celtic coins, which it said are roughly 2,000 years-old

The Jorvik Viking Centre, in York, said the Viking sock was their ‘star object’. ‘It might be humble knitwear, but it lasted a remarkable 1000 years,’ the establishment said in a Twitter post 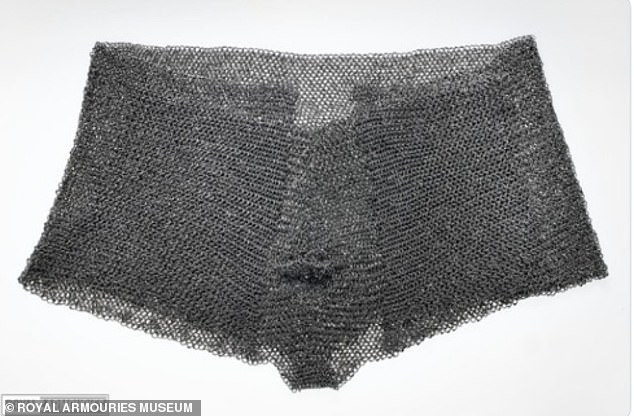 The Royal Armouries Museum, based in Leeds, shared this object. The post read: ‘We could give you priceless princely armours, elephantine exhibits or stunning swords coming out of our eyeballs, but they aren’t what keeps punters coming back year after year. No, its this pair of 500 year-old mail pants’ 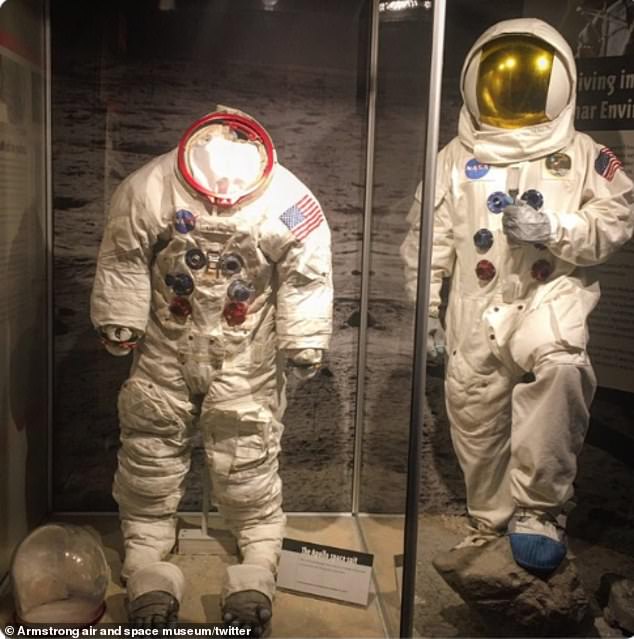 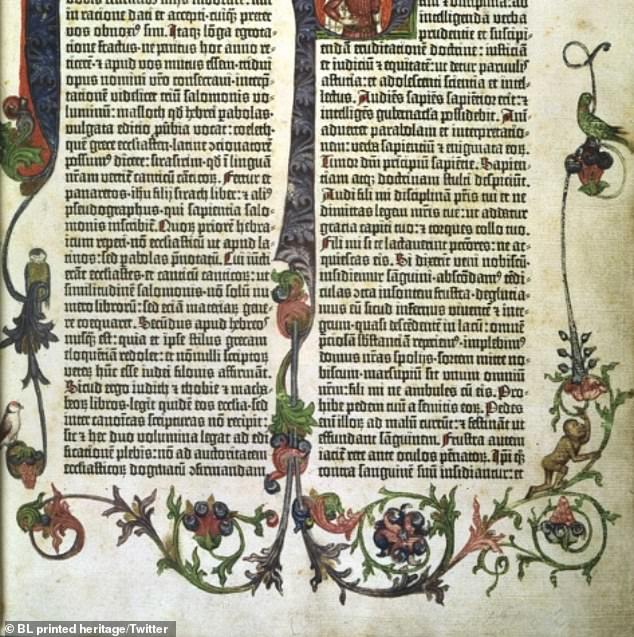 The London-based British Library shared a picture of the Gutenberg Bibles (1455). It was among the earliest major books printed using mass-produced movable metal type in Europe 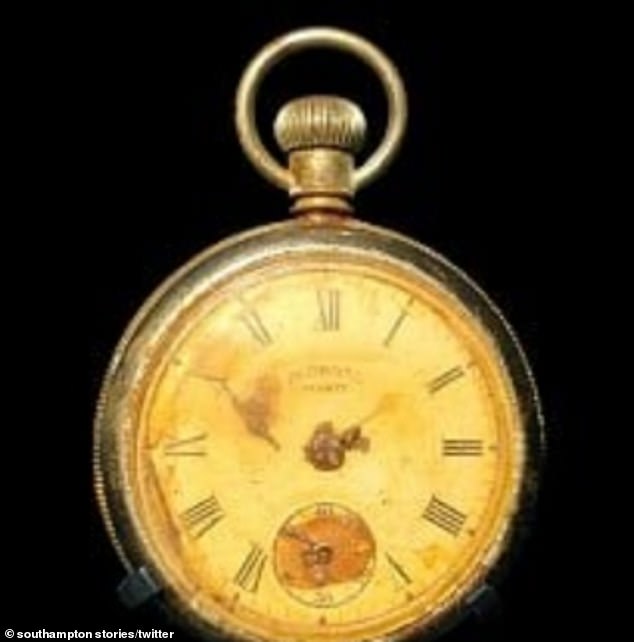 This watch belonged to Titanic Steward Sidney Sedunary. Southampton City Council Cultural Services revealed: ‘On 15 April 1912, Sidney was carrying it in his pocket. It stopped at ten minutes to two, about half an hour before the Titanic sank. Sidney’s body and watch were found a few days later’ 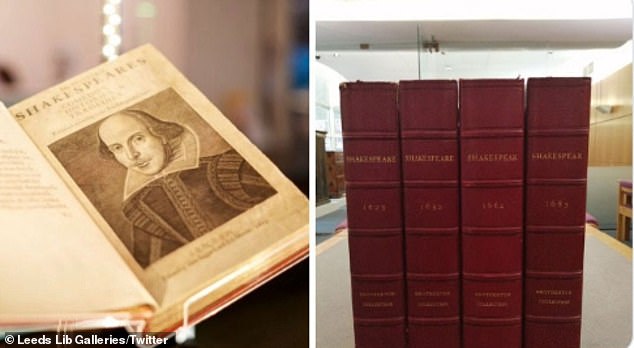 Leeds University Library Galleries boasted ‘All four of Shakespeare’s Folios. #sorrynotsorry for bringing out the big guns,’ the curator said 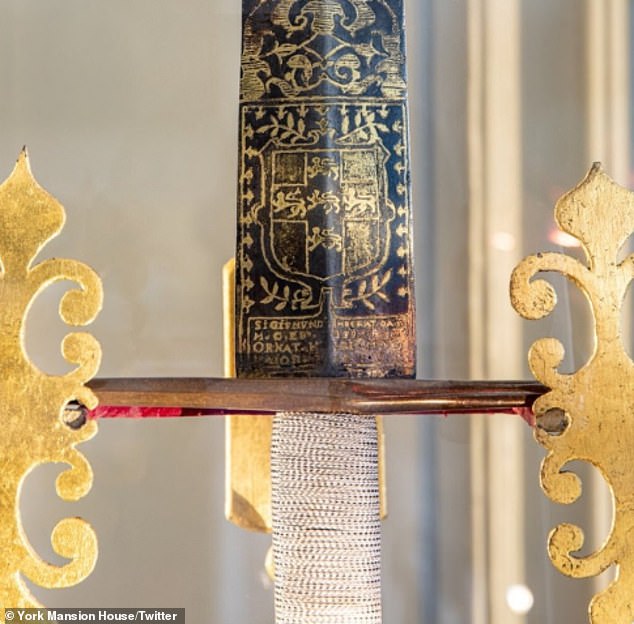 York Mansion House entered the search with this 15th century item, the Sigismund Sword, which belonged to Holy Roman Emperor Sigismund. When he died in 1437, it fell into the hands of Henry Hanslap, who gifted it to the City of York 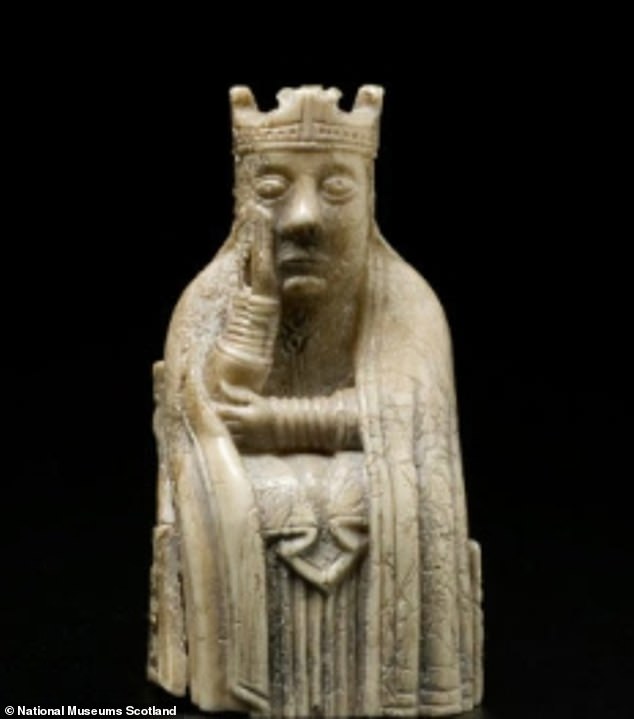 National Museums Scotland shared a snap of this chess piece, explaining: ‘Our #StarObject has to be our Lewis chess piece Queen who sums up how lockdown feel’ 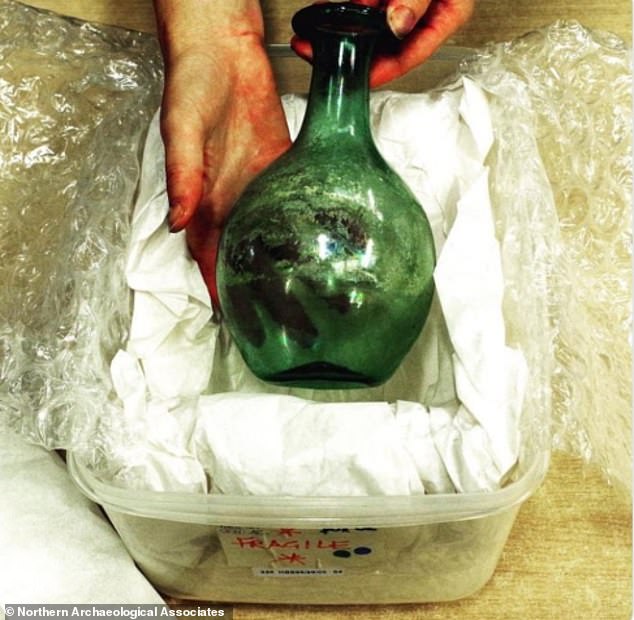