FSU student drank an entire bottle of Bourbon before death

The FSU student who died at a chapter party had a blood alcohol level of .477 after downing a bottle of Bourbon.

Andrew Coffey, 20, was found dead on the morning of November 3 after a party at an off-campus home in Tallahassee.

He downed his bottle in a drinking game at the ‘Big Brother’ party, passed out and was ‘snoring loudly’ on a couch in the living room while others played pool.

A fellow pledge tried to awaken Coffey the next morning and found he didn’t have a pulse. Phone records show the pledge called and texted five fraternity members before calling 911.

A grand jury said Tuesday that it saw enough evidence for criminal charges to be filed as police said fraternity members’ answers to questions about the night were ‘scripted and rehearsed’.

The Leon County grand jury issued a 17-page presentment order that left the decision about charges up to the state attorney’s office or a future grand jury. It also said evidence still needs to be reviewed in the investigation into Andrew Coffey’s death.

‘They’ve gone to great extent trying to articulate their findings. This is still a criminal investigation, and I don’t want to do anything to compromise that,’ State Attorney Jack Campbell said.

Investigations by the state attorney and local and university police are ongoing. 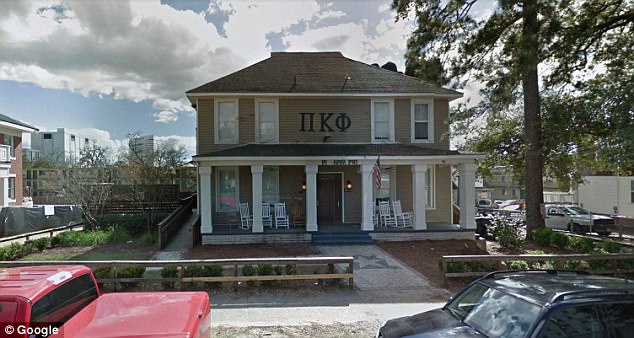 Coffey was found unresponsive the morning after a party, and was pronounced dead at the scene

The presentment establishes a timeline and how Coffey died.

County Medical Examiner Dr Lisa Flannagan said in testimony that the 20-year old Coffey, a civil engineering student and a pledge at Pi Kappa Phi, died of alcohol poisoning and had a blood alcohol level of .447 at the time of the autopsy. The figure is six times over the drink drive limit.

Coffey died after he was found unresponsive after a party the night before. The ‘Big Brother Night’ party was held at an off-campus home.

The party introduced pledges to their big brothers and included drinking large amounts of liquor straight from the bottle. The presentment says Coffey consumed a bottle of bourbon he was given.

He passed out and was described as ‘snoring loudly’ on a couch in the living room while others played pool.

A fellow pledge tried to awaken Coffey the next morning and found he didn’t have a pulse. Phone records show the pledge called and texted five fraternity members before calling 911.

Lack of cooperation by fraternity members was cited as a reason for convening the grand jury. Tallahassee Police Investigator Dan Copelin said that 19 of 41 pledges, 22 of 38 fraternity brothers and seven of nine members of the fraternity’s executive council refused to be interviewed.

‘The fraternity members were very careful about how they characterized their behavior on the night in question,’ the grand jury says in its report. ‘Many of the witnesses’ testimony appeared rehearsed as if they were speaking off a ‘script.’

They presented many of the same answers as each other and volunteered much self-serving information without being asked.’ 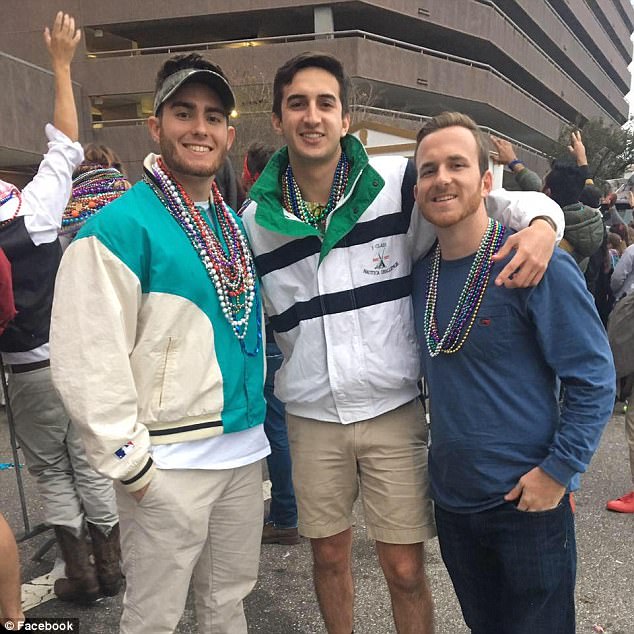 ‘Even as we are heartbroken, we are also troubled. Troubled that our son died alone in a room full of people,’ Sandy Coffey said in a statement that was part of the report. ‘Accountability is a tough word, but perhaps it is time for accountability.’

Thrasher in a statement Tuesday expressed his frustration with the lack of information and cooperation by those who were at the party.

The grand jury did find that although Coffey’s alcohol consumption was not physically forced, an environment of hazing existed that culminated in his death.

Three days after Coffey’s death, Florida State quickly responded by indefinitely suspending its fraternities and sororities. Thrasher reiterated that the suspension will remain in place when classes resume January 8 and ‘until all students demonstrate a sincere understanding of the serious obligation they have to exercise responsible and safe conduct.’

Florida State University is committed to continuing to combat unsafe and dangerous practices and behaviors on and off our campus. We appreciate the efforts of the grand jury, and we welcome, and will strongly consider, its recommendations as we seek to change the fraternity culture for the benefit, safety and well-being of all our students and the community.

Thrasher said in an interview with The Associated Press last week that there is no timetable on lifting the suspension and that the grand jury’s report would help guide him on how to proceed.

The grand jury has recommended refresher training courses on hazing and binge drinking, amending the Student Code of Conduct to require that students cooperate during an investigation and a ‘Community Scorecard’ to measure the performance of fraternities, including grade point averages, service hours, and on- or off-campus incidents.

‘Working together with our students and other stakeholders, we have made much progress toward our goals during the past six weeks. However, today’s grand jury report confirms we still have much work to do,’ Thrasher said in his statement. 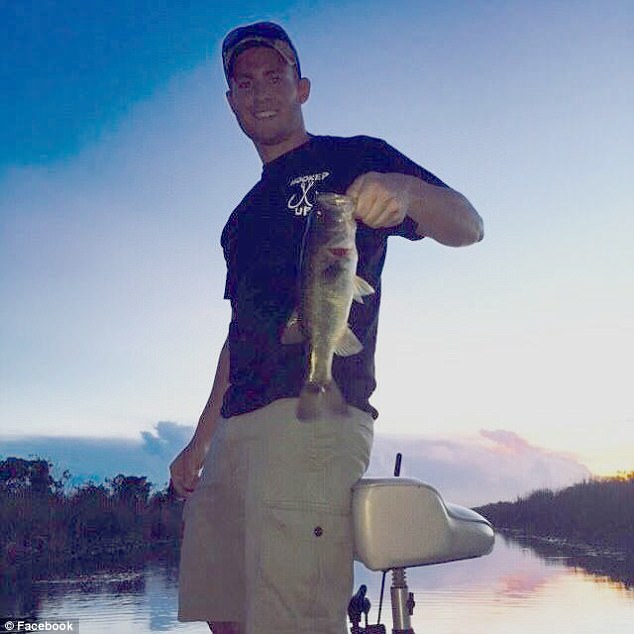 ‘We are overwhelmed with sadness any time we learn of the death of one of our students, and the FSU family provides extensive outreach to their family and friends as they mourn the loss of a young life,’ the university said in a statement