Fugitive arrested after his failed return to halfway house

Eric Judkins, 42, was arrested on Thursday after failing to return to a halfway house three days earlier

An escaped inmate with tattoos covering his shaved head, face, neck, chest, arm and hands has been arrested in Pennsylvania, three days after he failed to return to a halfway house.

He was arrested without incident, as was another man wanted on a probation violation.

Judkins, who failed to return to a halfway house on Monday night, was serving part of a 27-month sentence for assault on a fellow inmate in federal prison.

Authorities said the assault happened while Judkins was serving a 17.5-year sentence for a 1999 bank robbery.

Judkins was scheduled to appear in court in Williamsport, Pennsylvania, on Friday but it wasn’t known if he had a lawyer.

His arrest comes after a manhunt was launched for the violent inmate.

The New Hampshire Joint Fugitive Task Force warned he was dangerous and should not be approached. 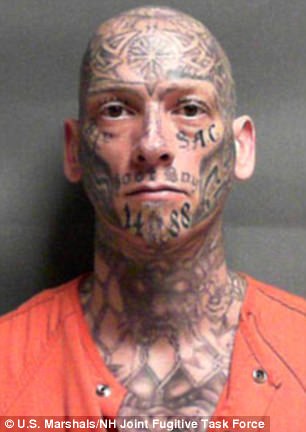 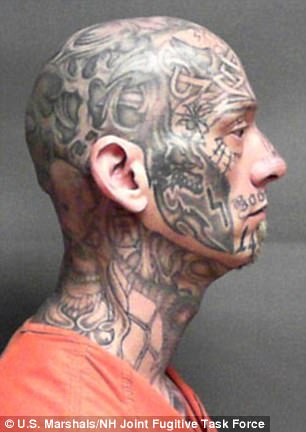 Judkins is covered in tattoos all around his head, face, chest, arms and hands. The Nazi symbol 1488 is written across his chin 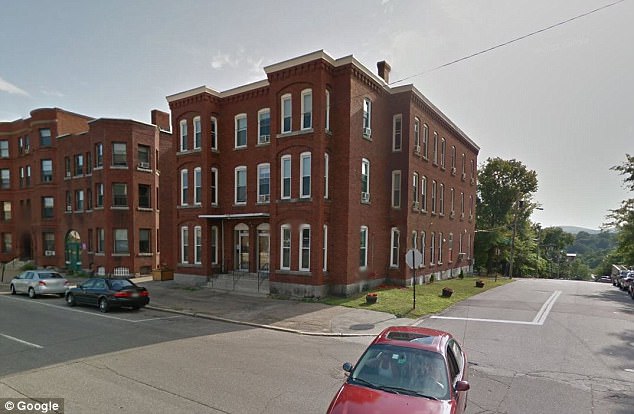 Hampshire House (pictured) is the halfway house where Judkins was serving a 27-month sentence for a serious assault on an inmate while in federal prison. He had been serving a 17.5-year sentence for a bank robbery

The fugitive is covered in tattoos around his head and all over his face, which is full of black ink with the words ‘boot boy’ written across his upper lip.

Judkins also has the Nazi sign 1488 on his chin, a design that combines two white supremacist symbols.

The first is shorthand for the ’14 words’ slogan which states: ‘We must secure the existence of our people and a future for white children.’

The second stands for ‘Heil Hitler’ – with H being the 8th letter of the alphabet.

Under his eye are the letters ‘SAC’, which stands for Soldiers of Aryan Culture.

Authorities said anyone who knowingly helped Judkins while he escaped could face criminal charges.