After nearly three decades on the run, the US Marshals captured a sexual assault suspect from Florida who had been hiding out in a remote Mexican town.

Earl Jay Slaton, 72, in June was discovered living with his new wife in San Juan de Abajo, a village in the state of Nayarit for the past 27 years.

Slaton was wanted in Lee County, Florida, on a 1990 warrant for sexual battery and aggravated child abuse involving a girl who was under the age of 16 at time and living in his home.

Caught: Sexual abuse suspect Earl Jay Slaton, 72, who has a medical condition requiring the use of oxygen tanks, has been extradited from Mexico to Florida after 27 years on the run

According to the warrant cited by Fort Myers News-Press, the victim told a detective how on February 20, 1990, Slaton forced her to drink a glass of whiskey and had sex with her.

The girl said Slaton would often beat her and other members of his household, who never reported any of the the violent incidents because they were afraid of him.

The Lee County Sheriff’s Office stated in a press release that in late 2017, the US Marshals Florida Regional Fugitive Task Force reopened the investigation into Slaton’s alleged crimes, but there was no sign of him anywhere in the US.

His family had had no contact with him since the suspected crime and could offer no help on his whereabouts.

The US Marshals eventually got a lead that Slaton has remarried in Mexico and was living some 400 miles west of Mexico City.

On June 20, the US Marshals and the Mexican Federal Police apprehended Slaton and had him deported to Los Angeles that same day, given that he had been staying in the country illegally.

Slaton, who suffers from an unspecified medical condition requiring the use of an oxygen tank, fell ill during his extradition and had to be hospitalized in Colorado, reported ABC News.

He was returned to Lee County, Florida, late Saturday night and ordered held in jail without bond. 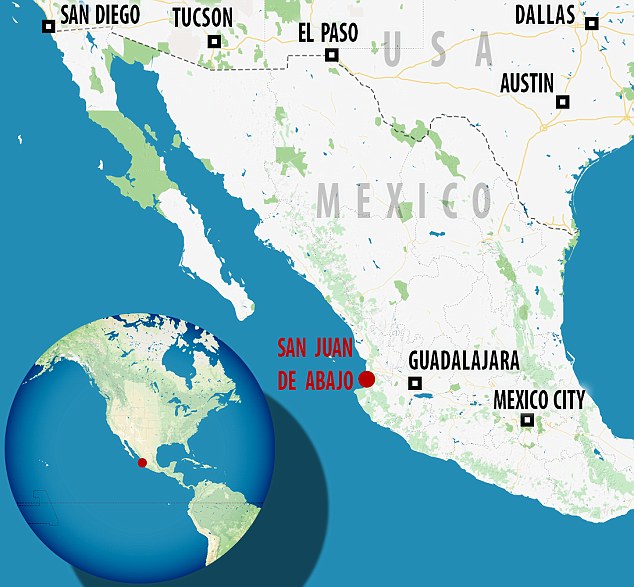 Secret hideaway: In June, the Us Marshals discovered Slaton living with his new wife in San Juan de Abajo, a small village in the Mexican state of Nayarit