A mother-of-two has been arrested at the Mexican border as she tried to get back into the US after spending almost a decade on the run.

Maria Montalvo escaped the US seven years ago after she was accused of shooting dead her husband while their children slept upstairs at their home in Desoto, Texas.

Her husband Simon Montalvo, 43, was found with six fatal bullet wounds, including two to the back of his head. His body had been hidden under a pile of heavy bricks and stones in their backyard, reported CBS.

Montalvo fled the US and spent years in Mexico avoiding prosecution for murder.

On May 19 she was caught by a US custom and border protection agent trying to get back into the US at the San Diego border with the Mexican city of Tijuana.

Maria Montalvo (pictured) escaped the US seven years ago after she was accused of shooting dead her husband while their children slept upstairs at their home in Desoto, Texas

She was arrested and escorted back to her former home town, Dallas, where she is currently behind bars in the county jail.

‘Criminals will never get away with heinous crimes like this in Dallas County,’ said Dallas County Criminal District Attorney John Creuzot.

‘My office, and our partners in law enforcement, will track them down to face prosecution.’

She is being held for unlawful flight to avoid prosecution for murder.

‘Our agency has never stopped looking for Montalvo and now that she is in jail where she belongs, we can pursue justice for the victim and his family,’ said DeSoto Police Chief Joe Costa.

It comes just a month after a Southern Californian woman and her boyfriend were arrested by the FBI for allegedly collecting ransom in a series of cross-border kidnappings.

Leslie Briana Matla, 20, and Juan Carlos Montoya Sanchez, 25, were charged with one count each of money laundering conspiracy, the US Department of Justice said.

Matla picked up ransom payments in Southern California from family members of kidnapping victims who were being held across the US border in Tijuana, Mexico, according to the criminal complaint. 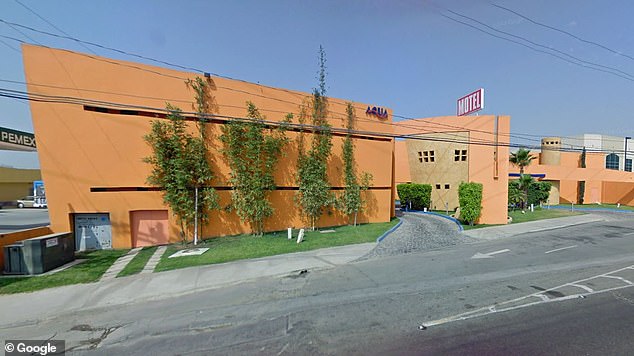 Leslie Briana Matla, 20, and Juan Carlos Montoya Sanchez, 25, have been accused of collecting ransom as part of a kidnapping ring operating out of Hotel Aqua in Tijuana, Mexico (pictured)

Three men – residents of San Diego, Norwalk and Pasadena – were kidnapped separately in Tijuana while on business or visiting family, prosecutors said.

The victims’ families were notified via a caller with a Mexican telephone number to deposit ransom money at specific locations, prosecutors allege.

Mexican authorities found the body of San Diego resident Salvador Acosta Medina on March 29 – one day after the man’s adult son placed a bag containing $25,000 inside the women’s restroom of a McDonald´s in the California community of San Ysidro near the border, officials said.

The body of Edgar Esteban Guzman, from Norwalk, was found in Mexico on April 14.

A day earlier, the victim’s family unsuccessfully tried to pay a $25,000 ransom to a woman whom law enforcement believe was Matla at a Southern California Lowe’s parking lot, according to court documents. 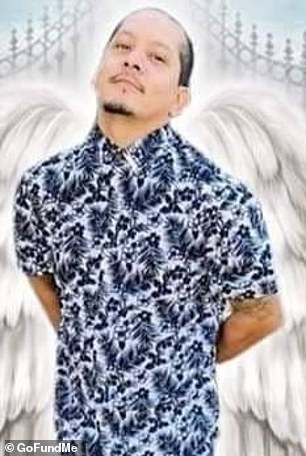 Both Medina and Guzman had been staying at Hotel Aqua in Tijuana before their deaths.

On April 22, a woman from Pasadena called law enforcement to report that kidnappers had demanded $20,000 for the return of the father of her children, according to an unsealed FBI affidavit obtained by the Los Angeles Times.

The victim, described as a taco shop owner from Pasadena, called the woman at the direction of his kidnappers, telling her he had killed a family of four in a DUI crash and needed $20,000. He told the woman he loved her and their children.

As he would later tell the FBI, he was saying goodbye on that call because he had seen the faces of his kidnappers and knew ‘they were going to kill him no matter if a ransom was paid or not.’

One of the kidnappers, calling from a Mexican phone number, informed the taco shop owner’s family that a woman would pick up the cash at a Food 4 Less parking lot in the Los Angeles suburb of Lynwood.

That same day, law enforcement rescued the victim, who was being held hostage at the same Tijuana hotel as the first two kidnapping victims. 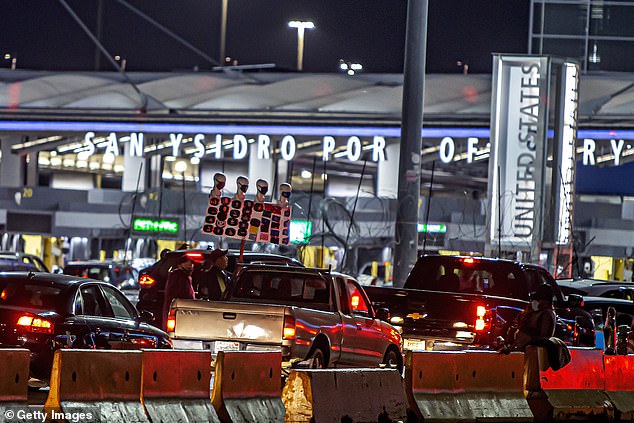 Matla was allegedly seen on surveillance video in San Ysidro near the US-Mexico border crossing on the day a $25,000 ransom was collected for the release of Salvador Acosta Medina, who was later found dead

Nine suspects in the kidnapping ring were arrested by Mexican authorities at Hotel Aqua, according to federal officials.

A review of security camera footage, border crossing records and social media led law enforcement to identify Matla as the woman sent to San Ysidro, Norwalk and Lynwood to pick up the ransom money on the dates in question, the affidavit alleges.

Matla and Sanchez were arrested days apart in San Diego and have made their initial court appearances.

If convicted of the charge, the couple could face up to life in federal prison. Matla is from the Southern California city of Colton, but lives in Tijuana, where Sanchez is from.