The jogger stabbed to death in a ‘random’ Washington DC attack has been laid to rest in her wedding dress, a week after she was killed.

Family and friends of Wendy Martinez, 35, gathered in her hometown of Royal Palm Beach, Florida, on Tuesday to pay their final respects after a memorial service in Washington on Saturday.

Mother Cora Martinez said the second service will be ‘harder’ than the first, because ‘this is home’.

Wendy Martinez, 35, was buried in her home town of Royal Palm Beach, Florida, on Tuesday – a week after she was stabbed to death and two weeks after she got engaged 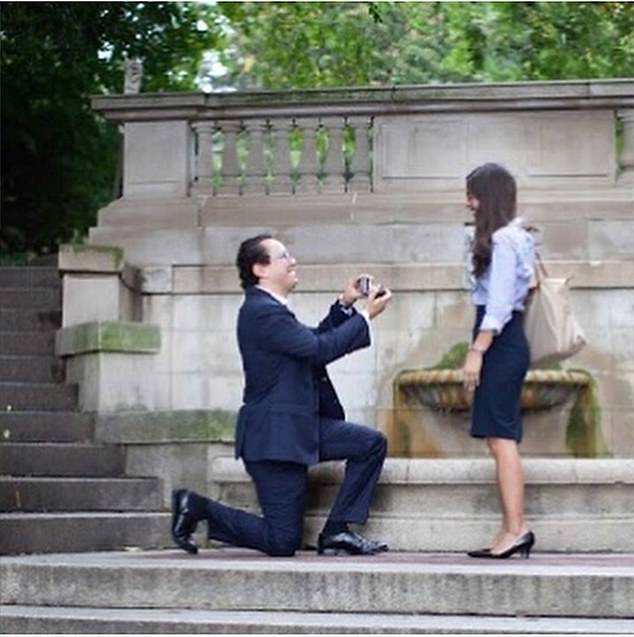 Wendy was buried in the dress she would have worn on her wedding day in December, when she was due to marry fiance Daniel Hincapie 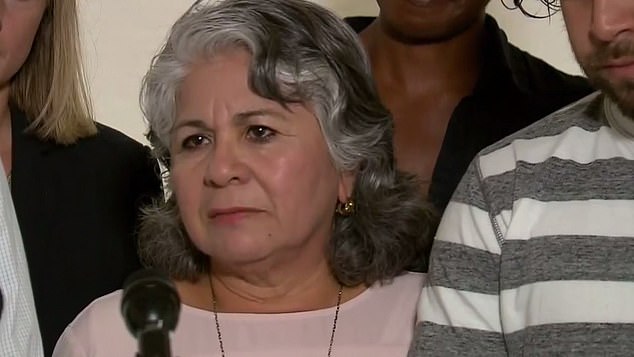 Mother Cora said the ceremony in Florida will be ‘harder’ than the one in Washington several days earlier, because ‘this is home’

Speaking to local station WPBF, she said: ‘We were in shock that night. We couldn’t sleep. We couldn’t believe it. As a mom, I always have the hope that she will come back.’

Wendy died after being stabbed to death in what police believe was ‘more than likely’ a random attack late on September 18.

Officers have arrested 23-year-old Anthony Crawford on suspicion of murder.

Wendy was buried on Tuesday wearing the reception dress that she would have worn during her wedding to fiance Daniel Hincapie.

The pair were due to be married in December in Daniel’s home country of Colombia.

After a year of dating Daniel proposed just seven days before Wendy was killed, friends revealed, saying she spent her last week alive picking the dress. 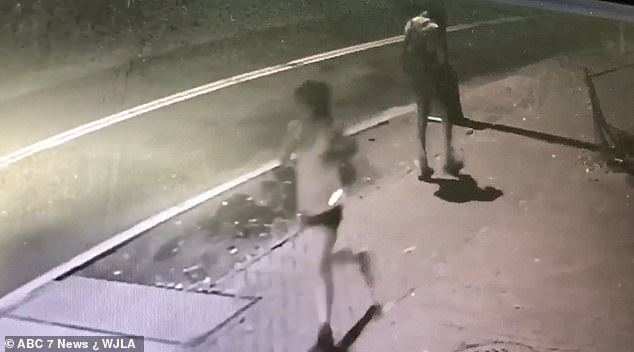 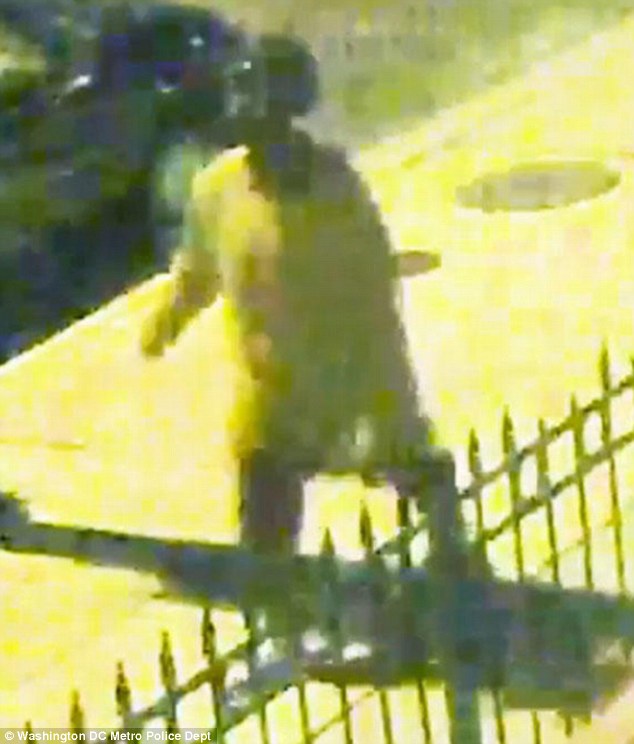 Suspect Anthony Crawford, 23 (believed to be pictured moments before the attack), has been arrested on suspicion of murder 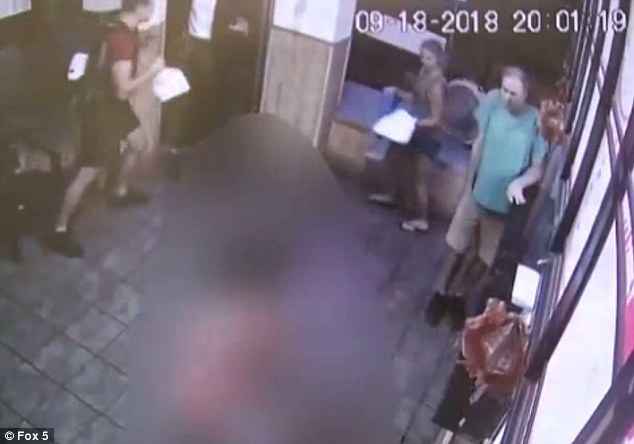 Martinez staggered into a Chinese takeout restaurant before collapsing to the floor as customers called for help. She later died in hospital

Guests were asked to wear bright colors to celebrate her life, her passion and her selflessness.

Luz Hainey, who had been friends with Wendy since high school, was due to address mourners at the funeral.

She planned to speak from the perspective of a mother and about the things she wants her children to know about Wendy.

‘I want them to know that she would’ve wanted them to live their lives to the fullest, not to be scared,’ she said ahead of the service.

‘To dream big, to go to the big city. I have to stay strong in my faith and remember that she’s in a better place. That truly is what we’re holding onto for right now.’

Local station WUSA9 has reported that officers are looking into the possibility the crime was racially motivated, though police have not officially discussed a motive.

Crawford, a known Spice addict with mental health issues, ‘does not like white people’, according to a source who spoke to the station.

After being stabbed, Wendy stumbled into a nearby Chinese takeaway where she was caught on CCTV.

Guests can be seen reacting in horror as she makes her way in while bleeding profusely, before attempting to help her as the emergency services are called.

She was taken to a nearby hospital but later died from her injuries.