It was infamously described as ‘business in the front and party in the back’, but on reflection most of us would agree there was nothing to celebrate about the deeply regrettable mullet.

The long at the back, short at the front hairstyle was a style staple for men, and some brave women, in the 1970s and 80s.

But the hairdo has since become something of a hair ‘don’t’, as these hilarious pictures shared online prove.

One man was so proud of his mullet that he echoed the patterns shaved into his scalp with a lightening bolt design on his chest.

And proving just how popular the look once was, one cringeworthy photo captures an entire family sporting matching mullets.

Below FEMAIL reveals some of the most heinous examples that are enough to dissuade anyone from attempting to spark a revival.

A varied look! These three men show how the mullet was a very versatile style, including the man who drew attention to his with chest hair lightening bolts 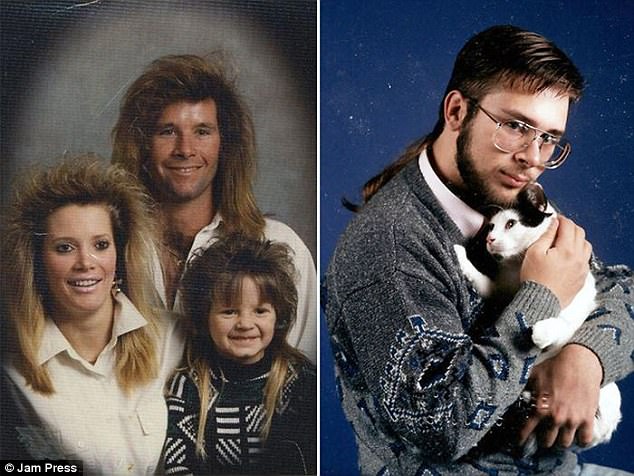 Keeping it in the family! This whole family got matching mullets while one man roped his poor cat into his mullet photoshoot 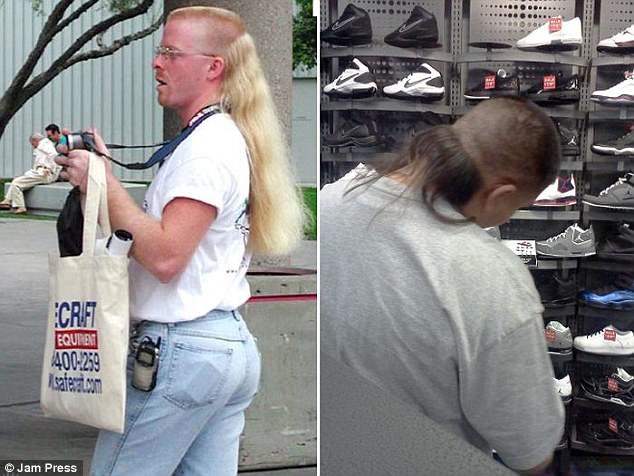 Business in the front, party in the back! A blonde man lets his locks flow down his back, while another man kept the back of his mullet short 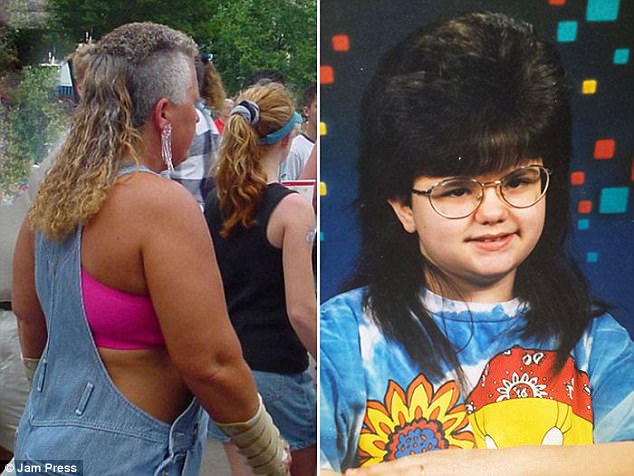 Gone out of style! Proving it’s not just for men, a lady and a little girl proudly show off their mullets 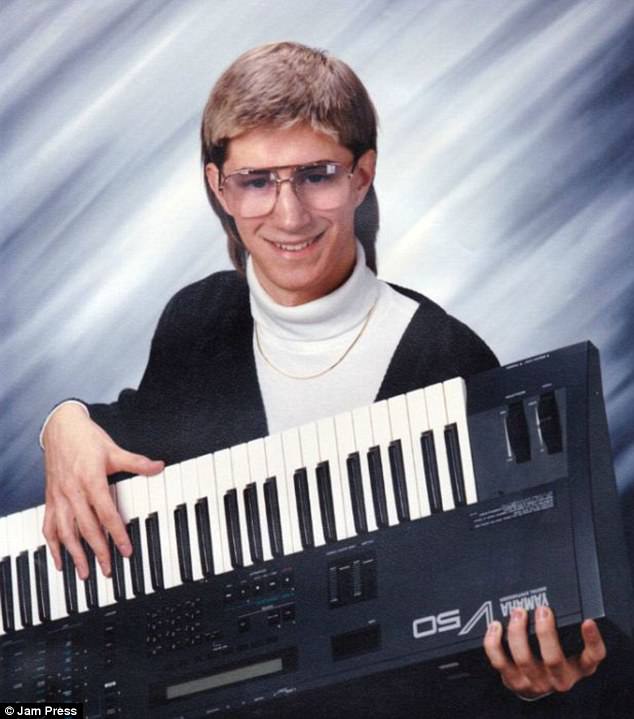 Retro regrets! In possibly the most 80s photo ever taken, this man plays an electric keyboard while showing off his mullet 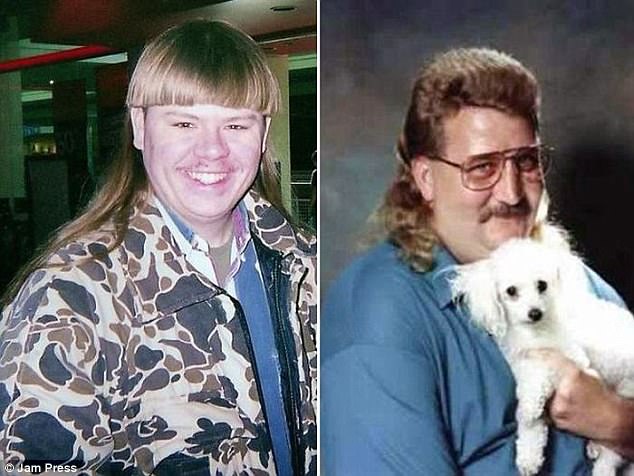 Bowl cut mullet! One man incorporates the classic 90s do with a 80s mullet, while another man proudly poses with his dog who, thankfully, doesn’t have a mullet 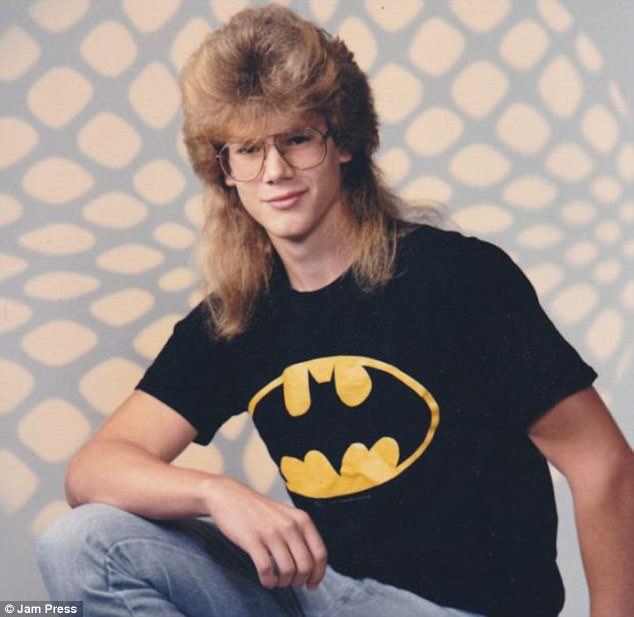 Mullet man! A superhero loving man posed for a photoshoot with a very voluminous mullet 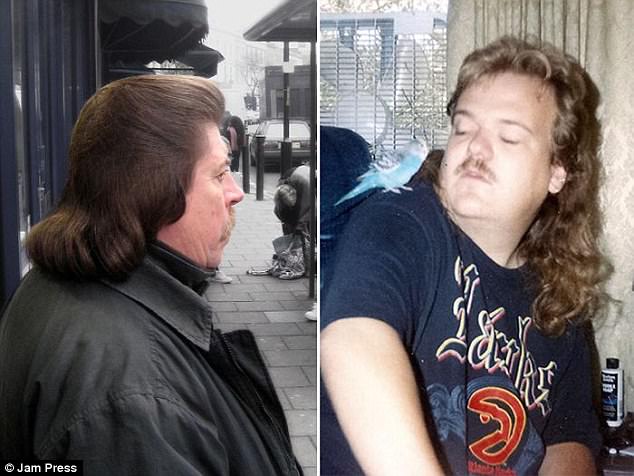 Throwback! These two men grew some facial hair to accessorise their mullets 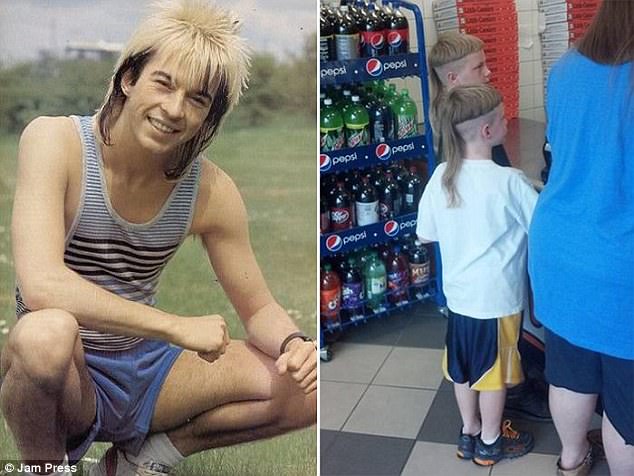 Kids had them too! Even children were subject to the unfortunate stylings of a mullet 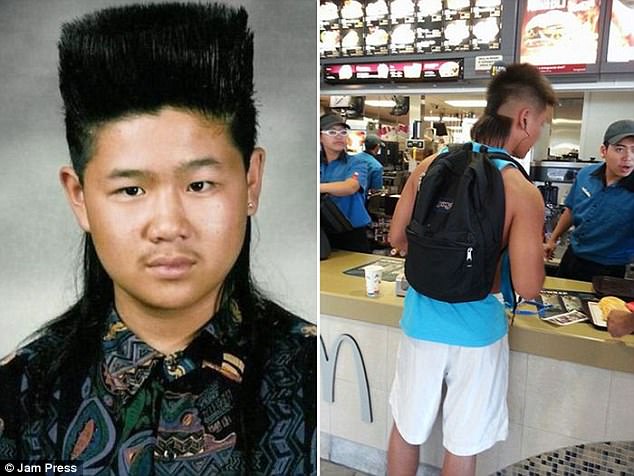 Cringe! One man had a very rectangular mullet, while another kept just a bit of hair at the back 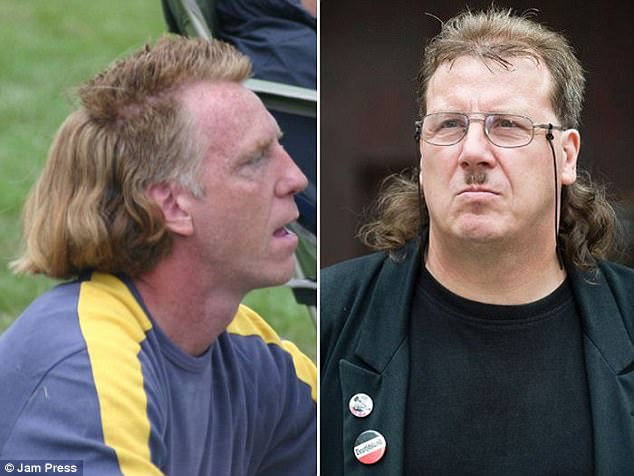 Flashback! The hairstyle was popular during the 1980s and early 1990s, but has gone out of style 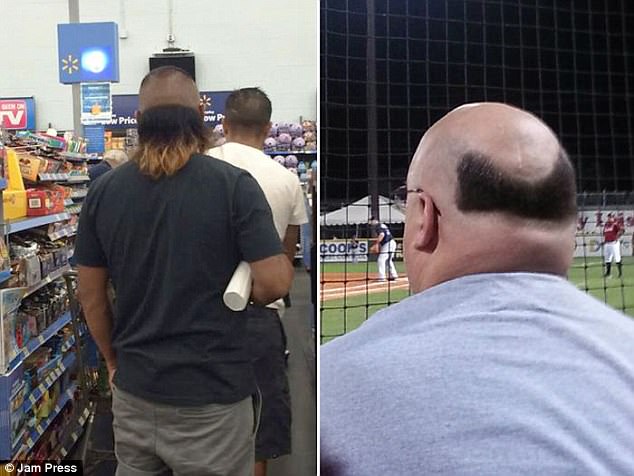 A bold look! These men had a quirker style and kept just a little hair at the back of their heads 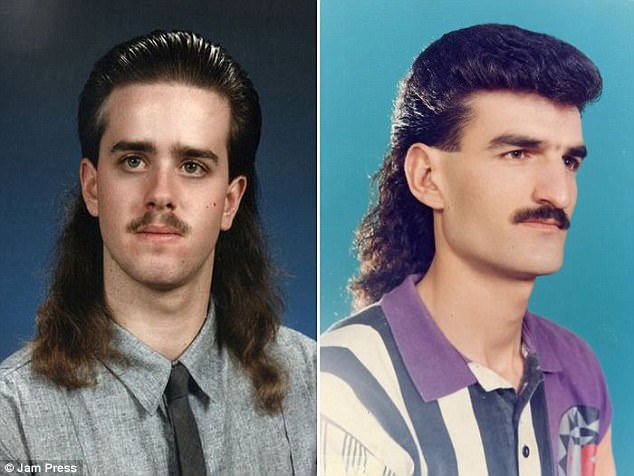 How embarrassing! These men didn’t look too happy to show off their mullet hairstyles 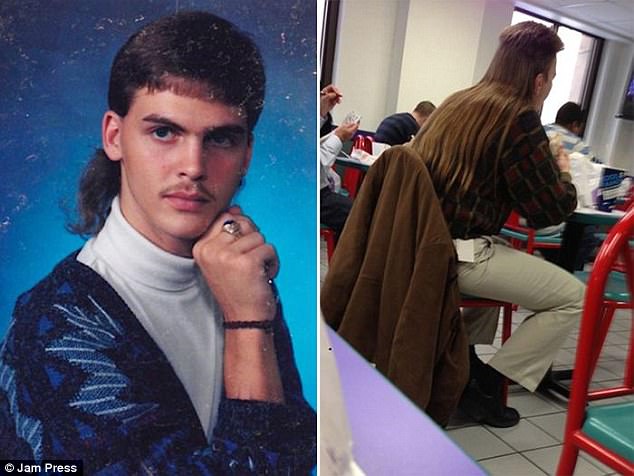 Strike a pose! This mullet owner took his glamour shoot very seriously, while the other man grew the back of his mullet very long 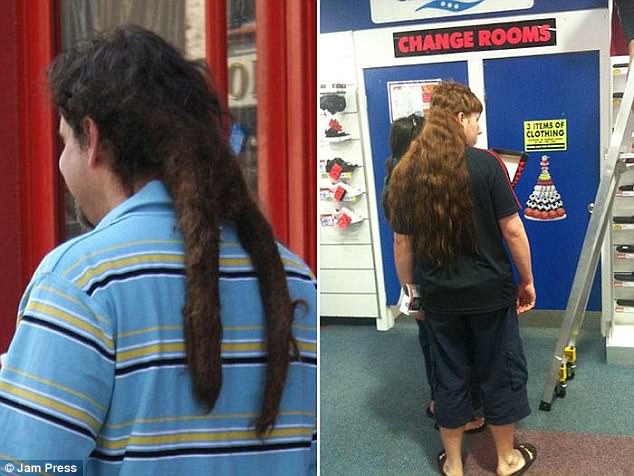 Mullet dreadlocks! Giving a more modern update to look, this person grew dreadlocks at the bottom of their mullet