The BBC has demanded that the Conservative Party take down ‘completely unacceptable’ Facebook advertisements of political editor Laura Kuenssberg which they claim ‘could damage perceptions of impartiality’.

Adverts such as these have been paid for by the party to entice voters during the campaign and the BBC has slammed the Tories for using its footage without permission.

The adverts include Kuenssberg as well as News at Ten host Huw Edwards.

Footage is used in such a way that the presenters look to be arguing for people to vote Conservative. Their voice overs are played over chaotic debates over Brexit.

One clip begins with Kuenssberg, who has previously been criticised for bias, saying the words ‘a pointless delay to Brexit’.

However, the clip is taken from an archive news package from September when Boris Johnson rejected a further delay to Article 50. 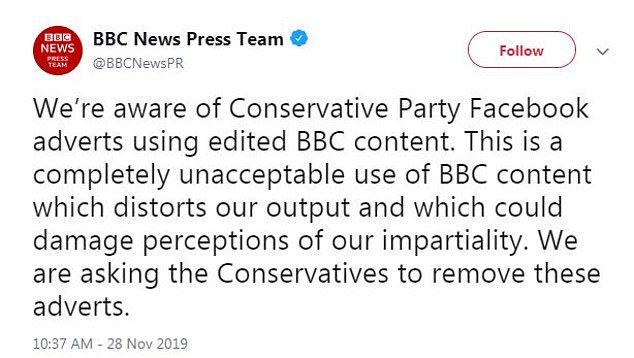 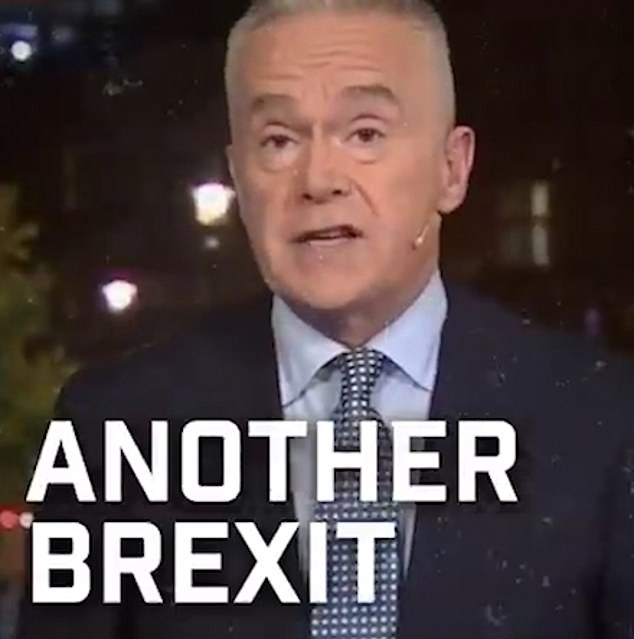 The clip then jumps to Huw Edwards who says there would be ‘another Brexit delay’, his appearance is followed by footage of opposition leaders.

The BBC said: ‘We’re aware of Conservative Party Facebook adverts using edited BBC content. This is a completely unacceptable use of BBC content which distorts our output and which could damage perceptions of our impartiality. We are asking the Conservatives to remove these adverts.’

It comes as distrust continues to mount for the Conservative party following its previous social media stunts.

MailOnline has contacted the Conservative Party.