Face-off! Furious ice hockey fan SCREAMS at fellow spectator demanding he ‘stand up and apologize’ for getting mustard on her coat in extraordinary rant

This is the extraordinary moment a shouting woman confronted a fellow spectator at an ice hockey game, accusing him of getting mustard on her coat, her hair and her boyfriend’s shirt.

The extraordinary rant was caught on camera by a member of the public at a Boston Bruins game.

The woman can be seen screaming very loudly while holding her coat in front of the man who manages to keep calm.

She asks him to get a napkin and clean her coat immediately.

‘First it’s in my hair, then it’s on my coat, it’s on my boyfriend’s shirt,’ she yells while standing in front him.

The man is sitting and holding a box with what seems to be chicken fingers and fries. 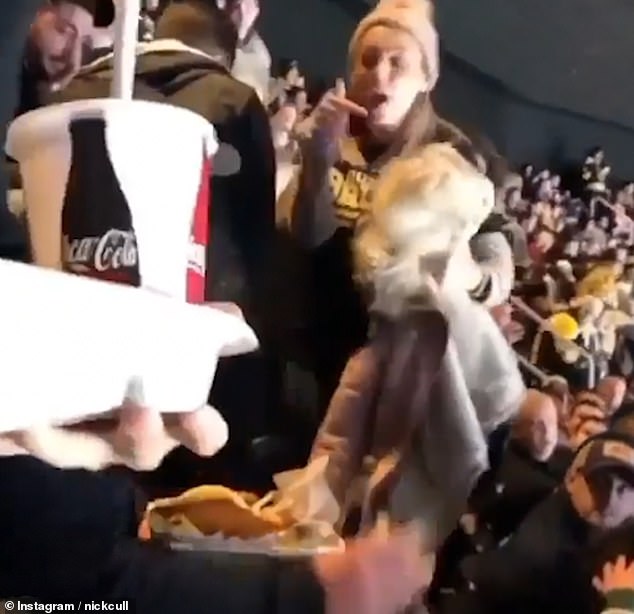 As soon as she gets close to the man, the furious woman starts screaming loudly at him

He cleans her coat with a napkin but this does not seem to calm the woman down.

In the meantime, the spectator keeps following the game while other members of the public intervene. 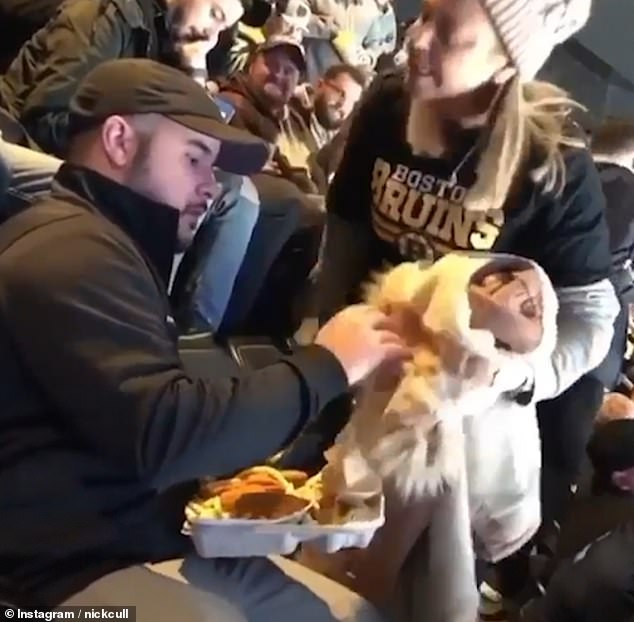 The angry hockey fan tells the man to get a napkin and clean her coat, which he does

However the furious ice hockey fan insists saying that the man has to apologize to her.

‘Stand up and apologize like a man,’ she screams as she turns towards the man once more.

He tells her something, but it cannot be heard clearly because of the background noise and also because she keeps talking very loudly. 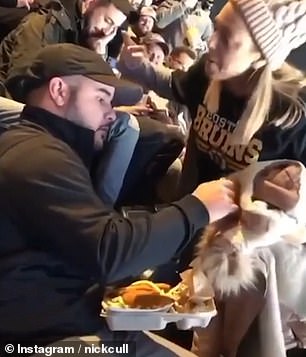 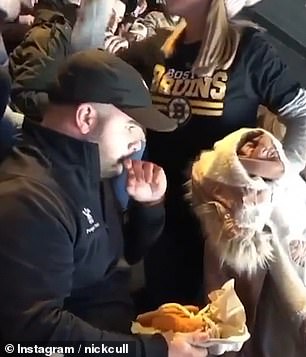 From his hand gestures, it looks like the calm guy apologizes and wants to move on, trying to avoid a confrontation.

The incident happened as the Boston Bruins were playing at home at TD Garden stadium, Boston, against the Minnesota Wild on Saturday November 23.

The person who recorded the footage, Nick Cull, said the man probably threw something over the woman and got mustard on her coat. 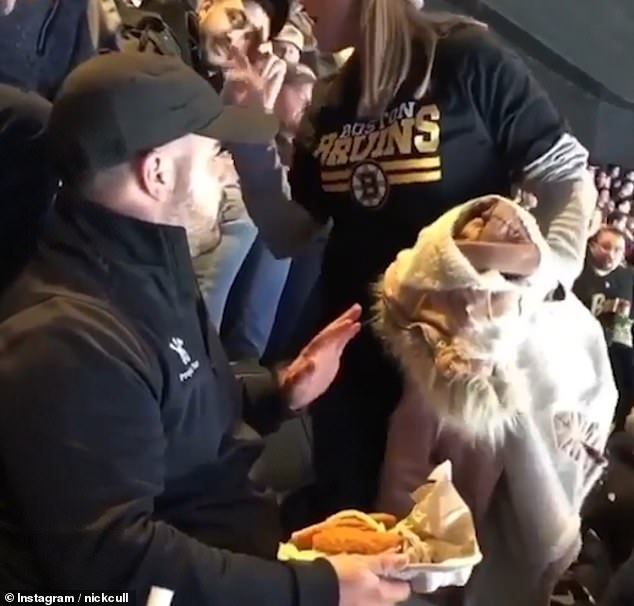 The man, holding a box of chicken fingers and fries, seems to apologize and remains calm

Mr Cull also added she climbed a few row of seats to get to the man, according to Busted Coverage.

The aggressive Bruins fan was reportedly escorted out by security.

The video, shared on Instagram, attracted many reactions from social media users.

‘He handled that better than I would have,’ one person commented.

‘Omg. Insane. I get her frustration but stuff happens,’ another social media user wrote.