A convicted paedophile who believed he was grooming a 12-year-old girl for sex was snared by a group of mothers who were outraged he had been spared jail.

The National Child Protectors group hatched a plan to catch George Jarvis, 35, in the act of thinking he was meeting a child for sex.

Jarvis, of Swindon, Wiltshire had been given suspended sentences for trying to take pictures of a child in 2004 and stalking and sexually assaulting a  teenage girl in 2010. 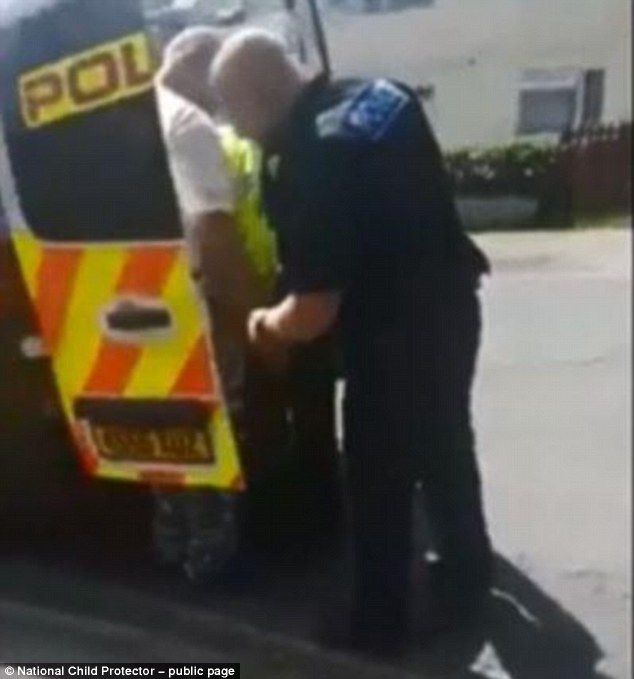 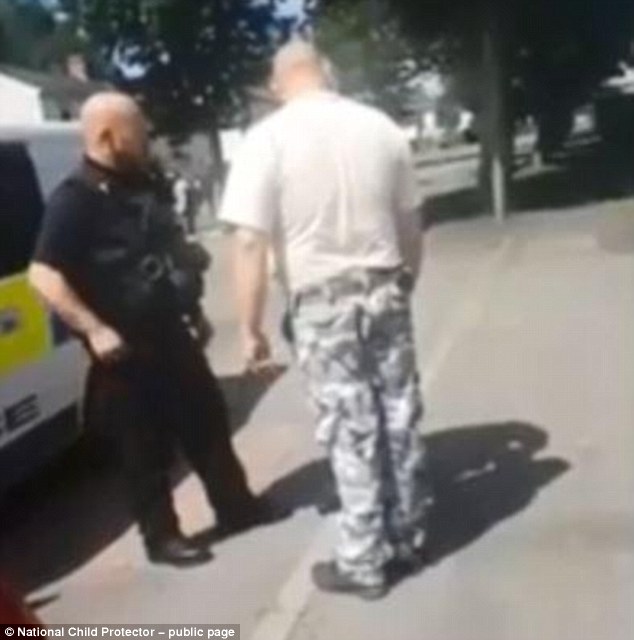 As well as a suspended sentence imposed in April, Jarvis was put on a sex offender programme in 2010 for trying to take pictures of a child.

The group used the internet to set up fake profiles and eventually he arranged to meet-up with what he thought was a 12-year-old girl at his home.

He was greeted by the brave women at his door who confronted him about his behaviour and called police who arrested him.

He sent lewd messages on his phone despite being banned from keeping internet devices.

One of the pictures he sent included images of his windows and door – in an effort to make his address known.

Jarvis has now been jailed for four years at Swindon Crown Court.

One of them, Bobby Jo, a pseudonym used to protect her identity, said: ‘We’re all mums with jobs and kids, just everyday people.

‘We knew he was in Pinehurst somewhere and spent four days working around-the-clock to locate him by using online maps and walking around on foot.

‘First, he added me on Messenger in May, posing as a 13-year-old girl.

‘Then he blocked me and included my name in a post on Facebook along with several names of real kids in Swindon, asking for them all to contact him.

‘After that, he sent me a friend request on Facebook. I’ve had 600 other requests since then, I’ve gone from 60 friends to almost 700.

‘The other decoy got him to send us photos with his garden and front window in the background, which helped us find him.’

Bobby Jo added: ‘The day of the sting was nerve-wracking. We had security with us just in case things went wrong.

‘The door-knock was petrifying. I can’t fully describe it because the emotions are so up and down, the adrenaline definitely kicked in.’

Prosecuting, Rob Welling confirmed that Jarvis used his hidden smartphone to go online, where he had set up a number of profiles, often using a girl’s name.

At the end of May, Jarvis made contact with what he thought was a young girl and made suggestive comments to her.

He then arranged to meet her but din’t show up for the meeting.

The court heard that, earlier that month, he was also contacting two girls’ Facebook profiles which were decoys set up by the paedophile hunter group.

Mr Welling also said that Jarvis was given a suspended sentence on April 20.

And said he was made subject to a sexual harm prevention order which said he must have safety software on any hardware which could connect to the internet.

Raz Hunter, another pseudonym for a member of the paedophile group, spoke of the group confronting Jarvis.

She said: ‘The police were on their way, so we asked him [Jarvis] to come out the front and he confirmed that he had used three fake profiles online to talk to kids.

‘Once they get in that police vehicle, it’s a lovely feeling because you know that you have protected children from someone who posed a risk to them.

‘If I could bottle that feeling and sell it, I would.’

As well as the suspended sentence imposed in April, he was put on a sex offender programme in 2010 for trying to take pictures of a child.

He was also spared jail in 2004 after he stalked a teenage girl as she walked home at night in Gorse Hill and pinned her against her door and sexually assaulted her.

Jailing him, Judge Robert Pawson said: ‘This breach was flagrant, it was quite deliberate by you.

‘You had that phone in order to make contact with children for sexual purposes. You accept you have a sexual interest in children.

‘The sexual harm prevention order had only been in force for a number of weeks before you breached it.

‘This is not a minor breach, this is a serious breach of an order imposed to protect children.’

He imposed a new order which will last for life, and must continue to register as a sex offender for life.