Furious anti-obesity campaigners have slammed a new chocolate-flavoured protein bar that has 50 per cent more fat than a Big Mac.

Tam Fry, of the National Obesity Forum, told MailOnline: ‘I cannot believe that any company can so flout nutrition guidelines.

‘I am particularly concerned that the snack bar will get into children’s hands: this amount of saturated far is quite inappropriate for them.’

Government guidelines urge women to consume no more than 20g of saturated fat each day, while men shouldn’t exceed 30g.

This means women would have almost three quarters of their recommended intake and men just less than half by munching on the protein bar.

Protein bars, which help build muscle mass by being packed full of the essential nutrient, are popular among gym-goers and the health-conscious.

They have soared in popularity in recent years and forecasters predict the bars, part of a £66 million UK market, will grow eight per cent next year.

However, recently a string of issues about the bars have came to light, with experts concerned over the sugar content in some of them.

However, MyProtein remains adamant that its Protein Choc Chunky bar is healthy and ‘falls well within government guidelines’ for saturated fat intake.

A spokesperson said: ‘It is an indulgent treat boasting high protein, high fibre and a low sugar content, this is what our typical customer is most interested in.

‘We sell a wide range of bars to offer our customers a choice in their active lifestyle, other bars are available with lower fat for those seeking different macronutrients.’

It announced the launch of the product in a statement boasting that it contains four times the amount of protein than a KitKat Chunky.

The Protein Choc Chunky bar, branded ‘delicious’ and ‘irresistible’ on the firm’s site, is only available to purchase as a pack of 12, costing £19.99.

It also contains 228 calories – more than the recommended daily snack amount of 200 in Public Health England guidelines released after Christmas.

However, it comes with a bumper 14g of protein – slightly more than two eggs, and just 2.7g of sugar – less than a teaspoon.

HOW DOES THE PROTEIN BAR COMPARE TO A BIG MAC? 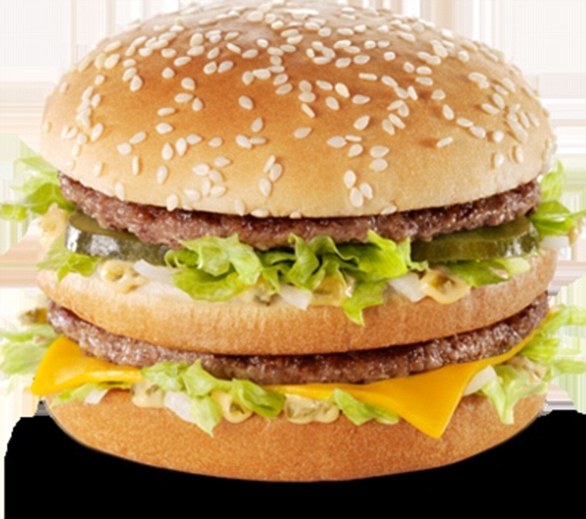 A BIG MAC FROM MCDONALD’S

It comes after an analysis of more than 50 protein bars that revealed many of the ‘healthy’ snacks contain more fat and sugar than a Krispy Kreme doughnut.

An Original Glazed Doughnut contains 5g of saturated fat and a whopping 10g of sugar.

The worst offender when it came to saturated fats was Nutramino Protein Bar Coconut with 9.9g per bar – containing twice as much as a doughnut.

Those findings, from November, came from an interactive graphic named The Fitness Food Index, compiled by specialist insurance provider Protectivity.