The owners of a food supply company are suing their local council for $26million, claiming health inspectors planted a slug in their kitchen in a bid to get their business shut down.

A slug was found on the kitchen floor of Ben and Ian Cook’s family food business, iCook Foods, who have supplied meals to nursing homes in Melbourne’s Dandenong for 30 years.

But the father and son are adamant the slug was planted there by a City of Dandenong Council health worker during an inspection.

The saga started in February when the Department of Health shut the company down and blamed them for a listeria case in a local private hospital that iCook had supplied meals to.

More than $500,000 worth of food went to waste and the company lost their contracts, before health authorities eventually allowed them to re-open.

‘There’s something really smelly here. This whole thing is a stitch up,’ Ian Cook told A Current Affair.

A slug was found on the kitchen floor of Ben and Ian Cook’s family food business, iCook Foods, but the father and son are adamant the slug was planted there by a health inspector

‘We had swabs done on our facility, including slicers, benchtops, sinks and even drains – and none of them had listeria,’ Ben said.

But while the testing was going on, a City of Dandenong health inspector visited the company’s industrial kitchen.

That’s when the father and son duo started to get suspicious.

CCTV footage captured the worker walking toward the corner of the cooking area, before she walks out of security camera vision and squats down for 17 seconds.

This happened while Michael, iCook’s food safety supervisor, watched on.

‘I found it strange that she was there for so long,’ Michael said. ‘I’m hyper vigilant and I could tell you literally every mark on this floor.’

Michael said he would swear on his life that there wasn’t a slug on the kitchen floor.

The council later hit the company with 96 charges, and used a photo of a slug on the floor as their key piece of evidence.

Ben said that after they were hit with the charges, he and his father vowed to take the council’s claims on by combing over body camera footage and council statements. 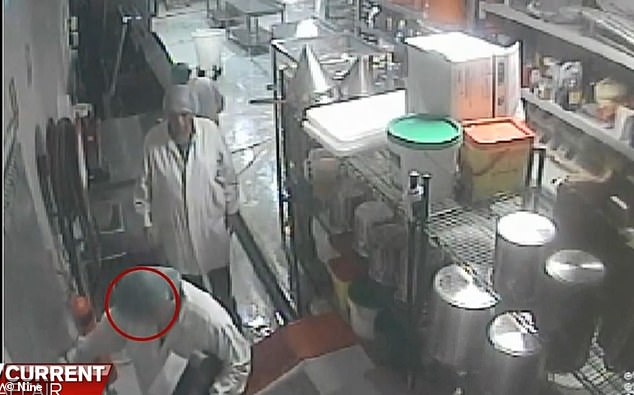 CCTV footage captured the council health inspector walking toward the corner of the kitchen during her inspection, where Ian and Ben claim she planted the slug

But suddenly City of Dandenong Council dropped all charges against the Cooks, and claimed they did so in the interest of their rate payers.

He believes the planting of the slug was a plan conjured up to bring down iCook.

‘They were absolutely losing money hand over fist.’

‘[iCook] wasn’t a burden on the taxpayer… the only way for them to end up as the last man standing was for this to happen,’ he said. 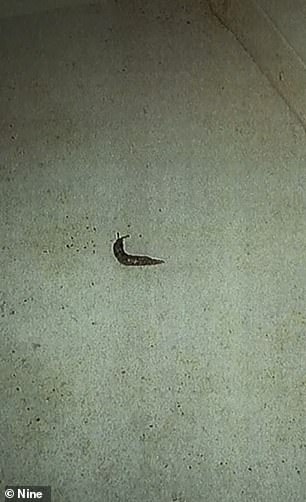 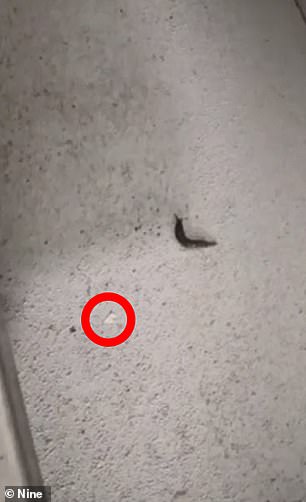 The Cook family believe the tissue was used by the inspector to smuggle the slug into the kitchen, and the council photoshopped out the tissue in their photos

The father and son duo now have former fraud squad detectives helping them get to the bottom of the slug photo, which Ian says is the smoking gun of the case.

Ian and Ben were given a photo of the slug the council found on the kitchen floor following their inspection.

But when food safety officer Michael took his own photo of the slug just moments later, he noticed a piece of tissue a few centimetres from the mollusc.

The Cook family believe the tissue was used by the inspector to smuggle the slug into the kitchen, and the council photoshopped out the tissue in their photos.

On the day of the inspection, iCook Food’s administrator Leisha Hodges said she saw something suspicious on the health officer.

‘She’s playing in her two little pockets on her top and I thought that’ s a bit strange, and she had tissues in them. I thought, ‘well why would a health inspector be walking around with tissues in their pocket?” Ms Hodges said.

Adding to iCook staff’s suspicions was the fact the health inspector wasn’t wearing a  body camera. 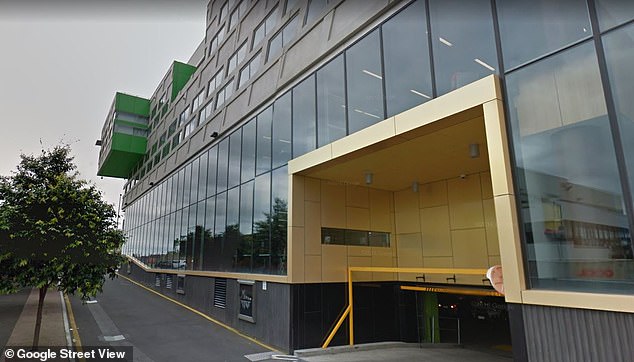 ‘She came in alone, she’d never been to our factory and she doesn’t wear her body camera and miraculously finds a slug,’ Ben said.

Ian claimed that the four other days the inspector had visited, she had been wearing a body camera.

To further add to the mystery of the slug, iCook Foods kitchen had been pest inspected two days prior to the council inspection, and nothing had been found.

‘In the amount of years I’ve been coming here, which is well over 15 years, we’ve never seen anything internally.’

Mr Jerger said the weather on the day he inspected the premises would indicate slugs wouldn’t be out and about.

‘It was a fairly warm hot day… they’re nocturnal primarily, they won’t come out during the day unless it’s damp or wet,’ he said.

Mr Jerger said the chemicals used for cleaning the industrial floors would be too strong for slugs to survive.

‘With the chlorine and sort of alkaline chemical they use here, with the sanitiser, as soon as it [the slug] made immediate contact with that, it would virtually start bubbling and virtually die on the spot,’ he said.

There were also no signs of the slug sliding into the kitchen, with no tell-tale trail marks on the floor.

But just when the case against iCook couldn’t get more puzzling, a separate Dandenong council worker came forward to say she was pressured to fabricate evidence against the family business.

‘They are just bullies… I am absolutely disgusted about the behaviour,’ Kim Rogerson told ACA.

‘They went after iCook with such determination to shut them down.’

Victorian MP Fiona Patten brought the situation up during question time in parliament, and called for a full investigation into the matter. 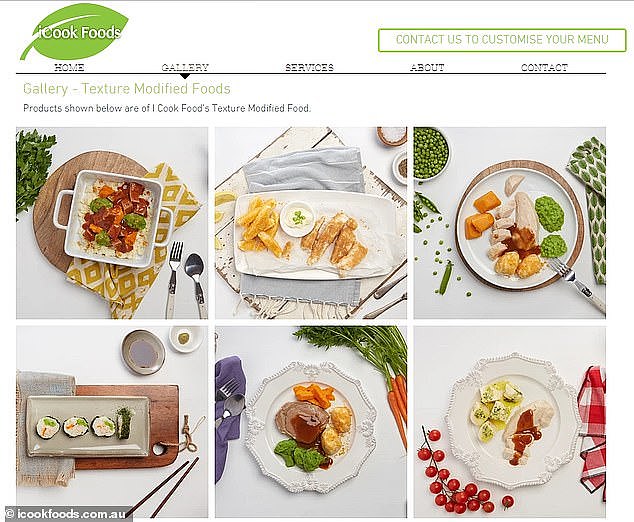 ‘We need to know how this happened, who knew about this and what we can do to stop it,’ she said.

But no matter what the outcome of an investigation, the Cook family say the destruction of their business has hit them hard.

‘Is this Australia? I mean, this is the right… this seriously leaves me completely cold. I just don’t trust the system anymore and I don’t trust the things I used to trust,’ Ian said.

His son Ben had a stark warning for council.

‘iCook Foods is coming for every person who has gone against us to try and kneecap us,’ he said.

‘My mum and dad started this business. His name is Ian Cook. The food company we have is iCook Foods. It’s his name,’ Ben said through tears.

City of Dandenong Council categorically denied claims they planted the slug in iCook’s kitchen and stands by its decision to bring charges against the business.

ICook Foods was temporarily closed down by the Victorian Department of Health and Human Services in February this year. This followed a number of positive samples for listeria at I Cook Foods, one of which was linked to the death of an elderly woman.

Council absolutely refutes any claims by I Cook Foods that it planted evidence and stands by its decision to bring charges against I Cook Foods, firmly believing that it is Council’s priority to enforce the provisions of the Food Act and that the allegations were well founded.

Greater Dandenong City Council CEO, Mr John Bennie immediately declared a conflict and took no part in any discussions or actions relating to I Cook Foods.

Council reported this matter to IBAC who referred it to the Victorian Ombudsman for an initial review. Following the conclusion of that review the Ombudsman was satisfied with the procedures and processes Council followed.

I Cook Foods is again using the media to ‘beat up’ its claims against Council. If, as it frequently says to media outlets, it has evidence of some wrongdoing it should make that evidence available to Council. The evidence to date confirms no wrongdoing of any kind by Greater Dandenong City Council.