Dash cam footage of a litterbug throwing a  cigarette butt out the window before being confronted by a motorist who gave it back to her has gone viral.

The footage was taken at a busy intersection in Churchlands in Perth’s north-west on Thursday afternoon.

The woman waiting at the traffic lights is seen throwing a cigarette butt out of her driver side window.

Behind her was Magnus Hand, who is seen getting out of his car to pick up the discarded litter and giving it back to the surprised motorist.

‘So I was at the lights and this poor lady’s cigarette accidentally fell out of her hand onto the road,’ Mr Hand posted on Facebook.

‘Being the gentleman I am, I got out, picked up the cigarette and kindly returned it to her. Chivalry still exists!’

He shared the vision with the Dam Cam Owners Australia Facebook page, where it was viewed 146,000 times and sparked more than 1100 comments within three hours. 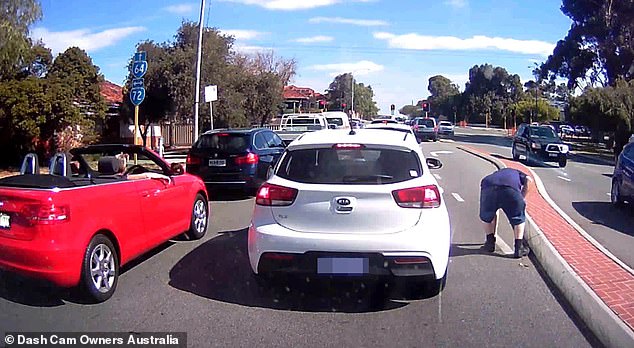 Mr Hand was hailed as a hero on social media.

‘I’m voting you Australian of the year, you’re the hero we never knew we needed,’ one commented.

Another added: ‘What a champion! Give that man all the medals.’

Someone else asked if he could be Australia’s next prime minister.

Others thanked Mr Hand for his actions. 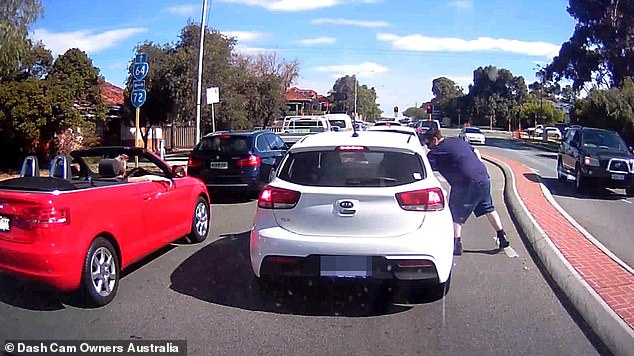 ‘Good on you! Apart from being a crummy ignorant thing to do, thrown stubs out of car windows are some of the major causes of fires!!!! If you do it in the suburbs, you’ll do it in the bush,’ one commented.

Another added: ‘From all us smokers who do the right thing and use a fooking ashtray, THANK YOU.’

Some also found the funny side.

‘You’re supposed to bow to the camera as you walk back to your car,’ one quipped. 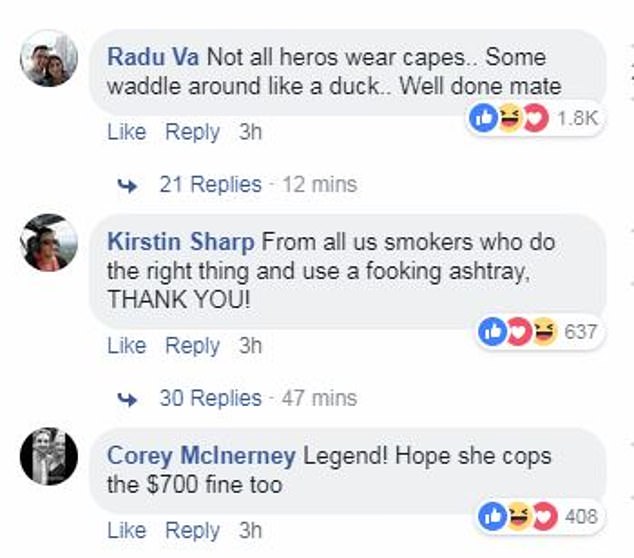 Cigarette butts are the most littered item in Australia and make up 30 per cent of Western Australia’s litter.

The fine for anyone caught throwing litter out of a car is $200 or $500 if the littering poses a public risk.

‘Throwing or dropping litter, even unintentionally, is an offence under the Litter Act,’ the Keep Australia Beautiful WA website states.