The BBC was plunged into a fresh bias row last night over new jobs for two senior journalists with a history of openly anti-Brexit views.

The Corporation announced this month that ex-political reporter Nick Rotherham was being promoted to ‘senior news editor, commissioning’ while investigative documentary expert Marc Perkins was becoming ‘head of journalism, investigations’.

Last night, Conservative MPs pointed to the two men’s track record on social media of anti-Brexit messages and in the case of Mr Rotherham, posts critical of the Tories.

They claimed the appointments were another example of the Corporation tolerating bias and openly expressed political opinions from journalists who should remain impartial.

The Corporation announced this month that ex-political reporter Nick Rotherham (pictured) was being promoted to ‘senior news editor, commissioning’

The row broke with the BBC already engulfed in a bitter row over plans to give ex-HuffPost UK editor Jess Brammar a senior role at the Corporation despite her having shared ‘Left-wing’ views on social media.

It also came in the wake of Newsnight presenter Emily Maitlis accusing BBC bosses of caving in to political pressure after she was rebuked for declaring on the programme that ex-No 10 aide Dominic Cummings ‘broke the rules’ by taking a trip to Barnard Castle in the first weeks of the pandemic lockdown last year.

Asked if she regretted her remarks, Ms Maitlis told the Press Gazette: ‘No, I don’t. It hasn’t ever been explained to me what was journalistically inaccurate about that. The call from Downing Street came in and within a four-hour window an apology was given.’

She also compared the speed at which complaints were pursued against her within the BBC – ‘after a call from No 10’ – with the 25 years it took for the Corporation to acknowledge Martin Bashir’s deceptions over his Princess Diana interview. 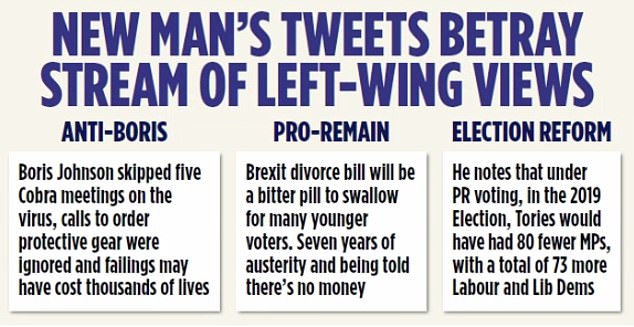 Some of Nick Rotherham’s comments on Brexit

Mr Rotherham made clear his views on Brexit with a series of tweets dating back to January 2017 when he suggested the UK leaving the Single Market should lead to a second referendum on Scottish independence.

He wrote: ‘Out of the Single Market. Over to you Nicola Sturgeon…#Indyref2.’

He followed that up in November that year by attacking a proposed Brexit settlement, tweeting: ‘This Brexit divorce bill will be a bitter pill to swallow for many younger voters. Seven years of austerity and being told there’s no money.

‘EMA [European Medicines Agency] and housing benefit taken away, only for £50bn to find to leave a club most didn’t want to.’

In November 2018, Mr Rotherham mocked then Brexit Secretary Dominic Raab’s decision to quit in protest at Theresa May’s deal, saying: ‘So, Dominic Raab just resigned over a deal he negotiated.’

And in December 2018, he shared graphics appearing to make the case for proportional representation – showing how the Tories would have won 80 fewer seats at the 2019 General Election.

Mr Perkins left his Twitter followers in little doubt of his views on leaving the EU when in February 2018 he retweeted a blunt riposte from Match Of The Day presenter Gary Lineker after Lord Digby Jones had asked ‘Remoaners’ to stop undermining the UK’s negotiating position and that the country should not give in to bullies.

Mr Lineker had replied: ‘No, we should never give in to bullies so, please, just stfu.’

In September 2017, Mr Perkins also retweeted an apparently light-hearted suggestion to make the generation who ‘mostly voted’ for Brexit pay the cost of it by slashing their pensions by 65 per cent. 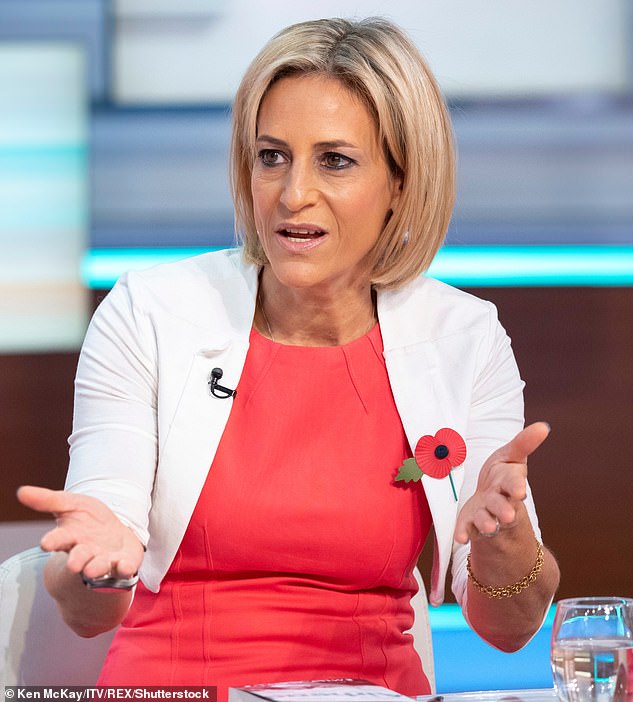 Last night, Tory MP Peter Bone said: ‘I thought the new Director-General Tim Davie was going to crack down on BBC bias but clearly not. Here we have two journalists who are clearly biased against Brexit who have been promoted.

‘The Corporation has not changed one iota from the organisation that effectively campaigned against Brexit in the 2016 referendum.’

Last night, the BBC said it had ‘strengthened’ social media guidance and training for journalists.

A spokesman said: ‘We take impartiality incredibly seriously and have new training in place for all our journalists, as well as strengthened social media guidance introduced in November 2020.

‘These changes are designed to ensure employees uphold and protect the highest standards of BBC impartiality and maintain the trust audiences expect, demand and deserve. We stand by the impartiality of our news output.’