One of two men accused of brutally raping a woman as she walked to a Brisbane bus stop will fight the allegations at trial.

Jack Scott Turner Winship and another man are accused of attacking the 20-year-old woman in April 2011.

Police allege they forced her into an alleyway at South Brisbane and aggressively raped her.

Winship was on Monday committed to trial at Brisbane District Court, at a date to be determined.

He is represented by high-profile barrister Saul Holt, QC, the same lawyer who got Gable Tostee off murder charges last year. 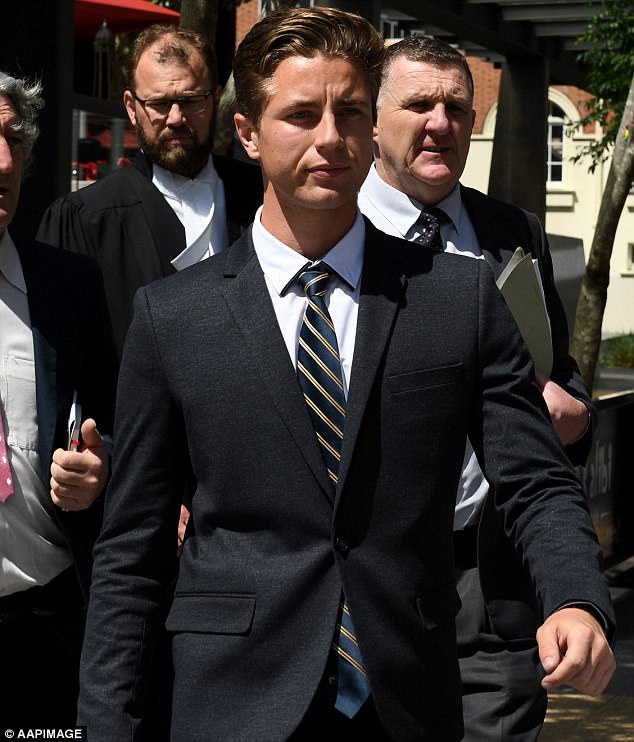 Winship is represented by high-profile barrister Saul Holt (back left), QC, the same lawyer who got Gable Tostee off murder charges last year