Pep Guardiola rates Gabriel Jesus as one of the best bits of business Txiki Begiristain has ever completed at Manchester City and now, over the next few weeks, we will be able to draw real conclusions.

Jesus has waited patiently over the last 18 months, having started three consecutive games just once in that time.

It says much for Sergio Aguero’s enduring influence, his continued goal glut and importance to the way in which City attack that someone of Jesus’s calibre plays second fiddle.

Now Aguero is likely to miss three weeks with a thigh injury, it is the 22-year-old’s turn to stake a claim.

Not just for this season, but the campaigns ahead, because City will already be planning for life without Aguero, their greatest ever marksman. Jesus bristled at recent mischievous suggestions that he was offered to Bayern Munich and wants to remain in Manchester. 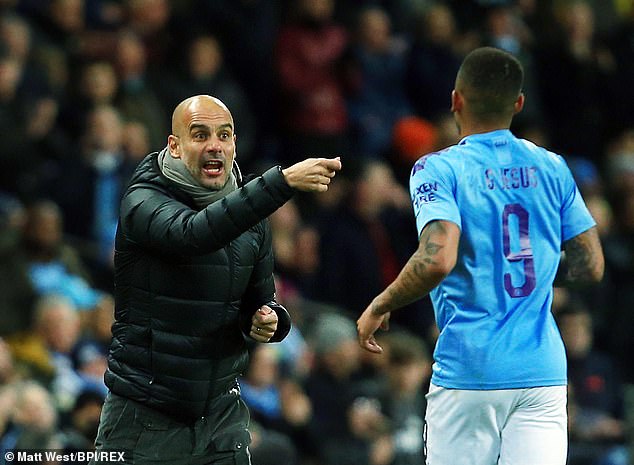 Guardiola actually has Jesus down as one of the finest back-up strikers in world football. His general record in front of goal is superb, although he had not found the net in any of his last seven games.

Shakhtar Donetsk are the sort of opposition Jesus does not particularly thrive against, the sort of squeezed low block that Aguero – watching on from the posh seats – would relish. The emphasis is on tiny movements, bouncing off markers to create the smallest space.

Jesus would far rather grass to run in to and it does not feel coincidental that all five of his goals this term have come away from the Etihad Stadium.

Unfortunately for him, you could probably count the number of opposing teams willing to play expansively on one hand. That side of his game, the drifting into pockets and ghosting around the back, probably needs some attention. 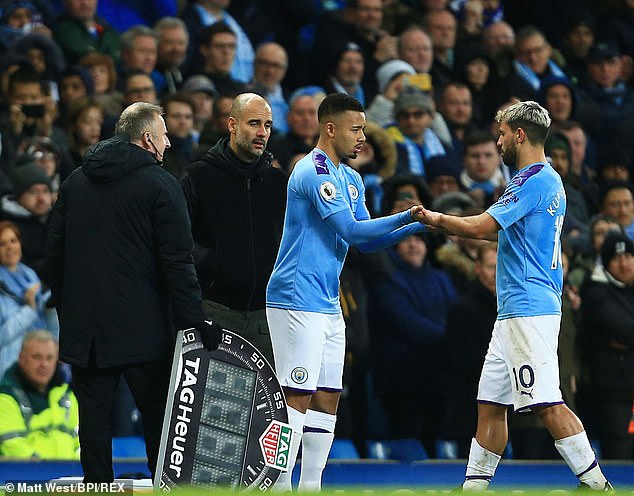 With Sergio Aguero set for a spell on the sidelines, Jesus has a window of opportunity

What does not is his link-up play. Jesus comes shorter than Aguero, who tends to loiter on the last man, and the Brazilian really does offer more in that sense. He needs midfielders running beyond him but that lacked for much of this tie.

The youngster is electric once he has markers on the turn and his hustling engineered the opening goal, making sure he latched onto Kevin De Bruyne’s pass before finding Ilkay Gundogan.

His understanding of transitioning possession means Jesus can play anywhere across the front three and claimed last month that he would be willing to operate wide more often in a bid to up his games.

Suddenly Jesus does not have to – all eyes are on the new centre figure.