Gabrielle Union and Julianne Hough took the plunge Wednesday as they wrapped their first season as judges on America’s Got Talent in style.

They both wore dresses with deep necklines to the season 14 finale of the NBC talent competition show at the Dolby Theatre in Hollywood.

Season finale: Gabrielle Union wrapped her first season as a judge Wednesday on America’s Got Talent with the show finale in Hollywood

She completed her outfit with open-toed silver heels and accessorized with several rings.

Gabrielle had her short dark hair parted in the middle and straight down.

Julianne, 33, meanwhile shined in a short golden dress with a low neckline and a short asymmetrical hem.

She had her toned figure on display in the backless dress and finished her ensemble with open-toed sparkling collar heels. 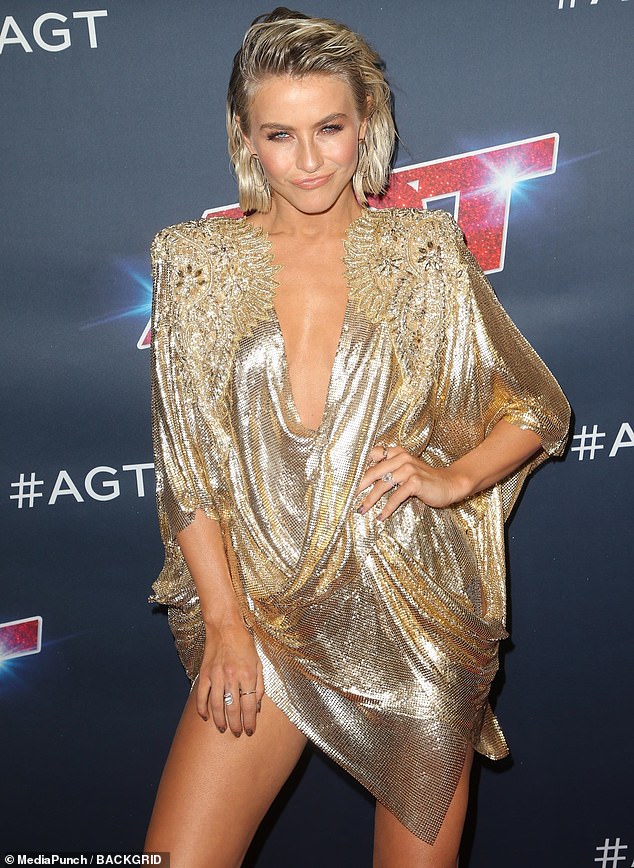 Golden girl: Julianne Hough finished her first season as a judge in a short golden dress 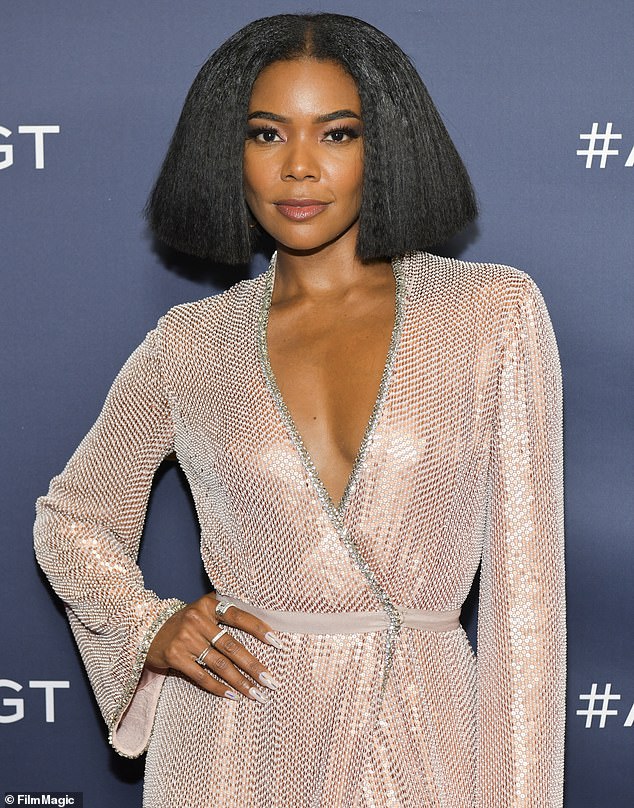 Short hair: Gabrielle rocked her short haircut on the carpet

Thigh slit: The actress showed some leg with a high thigh slit

His wife Lauren Silverman, 42, also hit the carpet at the finale in a dark purple pencil dress.

Her outfit included matching open-toed collar heels and she accessorized with stud earrings and a cute white dog. 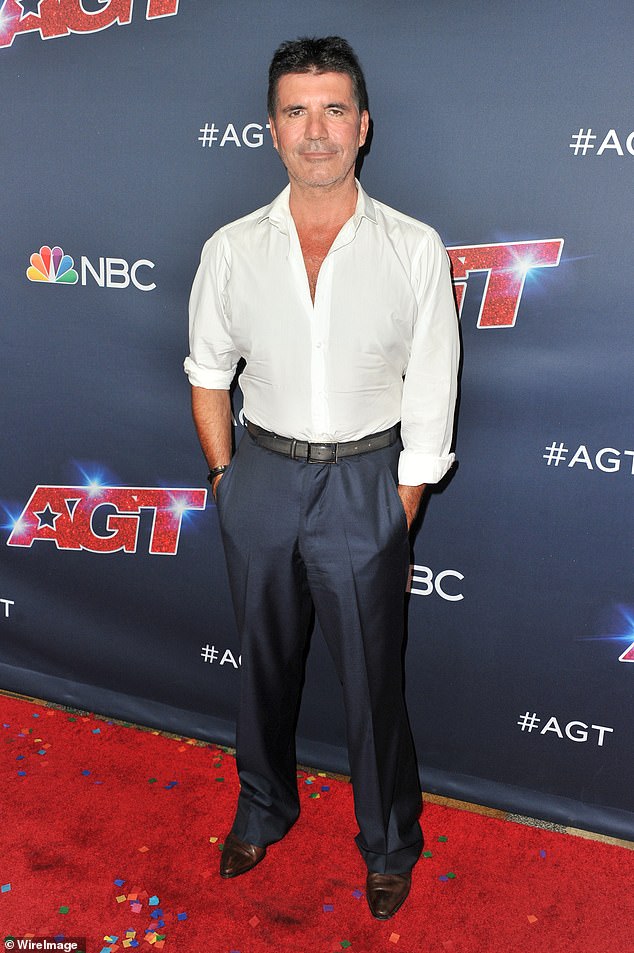 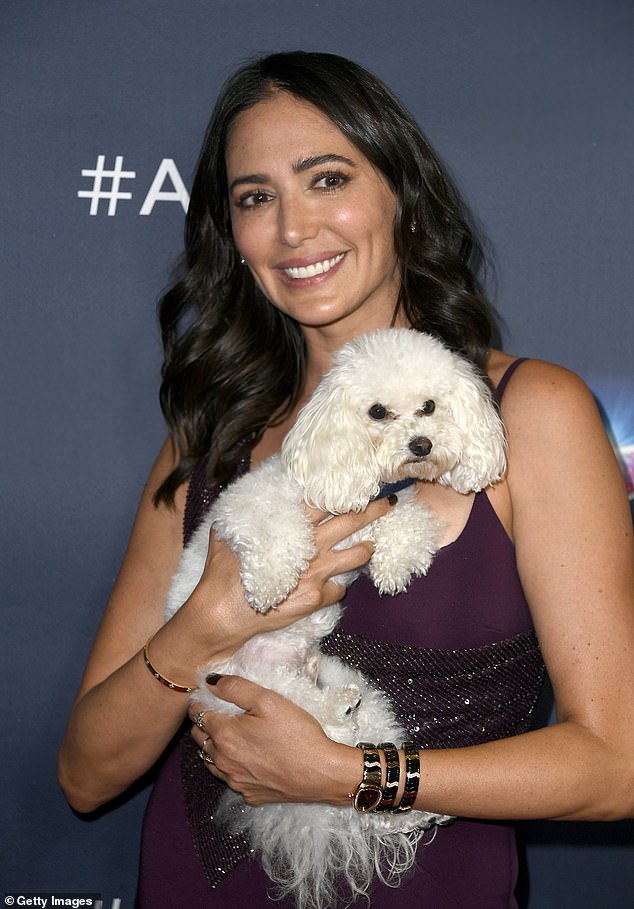 Lauren teamed up on the carpet with British singer Leona Lewis, 34, who stunned in a long fuchsia gown with a flowing train and leg slit.

The finale also featured a surprise reunion between Simon and his former American Idol co-star Paula Abdul, 57, who affectionately embraced each other on the carpet.

Paula secretly performed with finalists Light Balance Kids and shocked Simon by revealing her identity at the end of their performance. 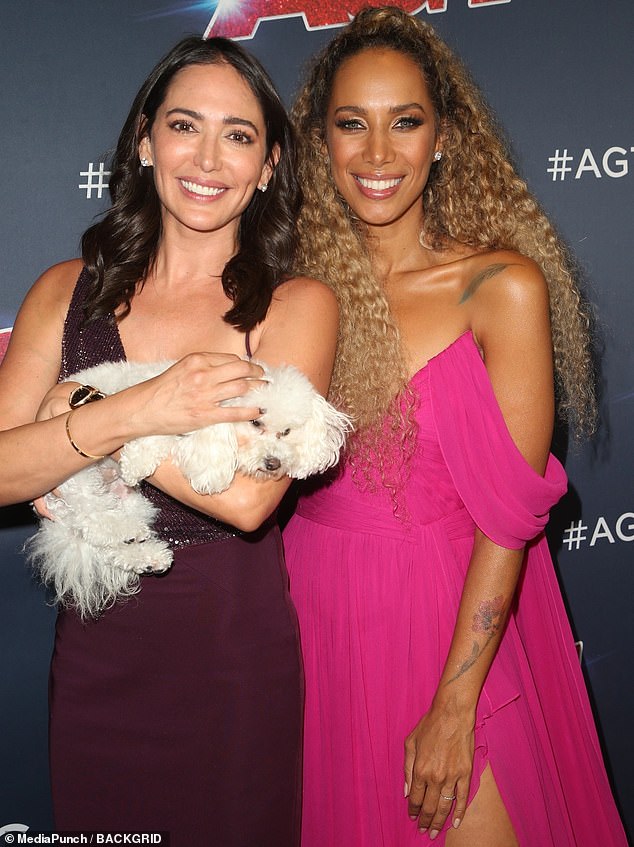 Nice accessory: A little white dog was held by Lauren as she posed with British singer Leona Lewis 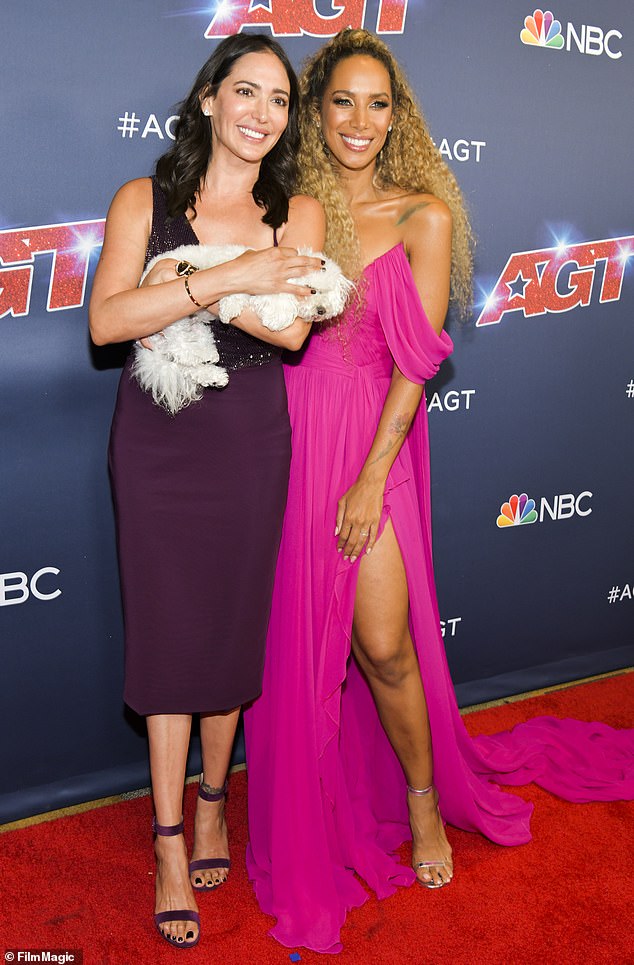 Good times: Lauren and Leona beamed while on the carpet together 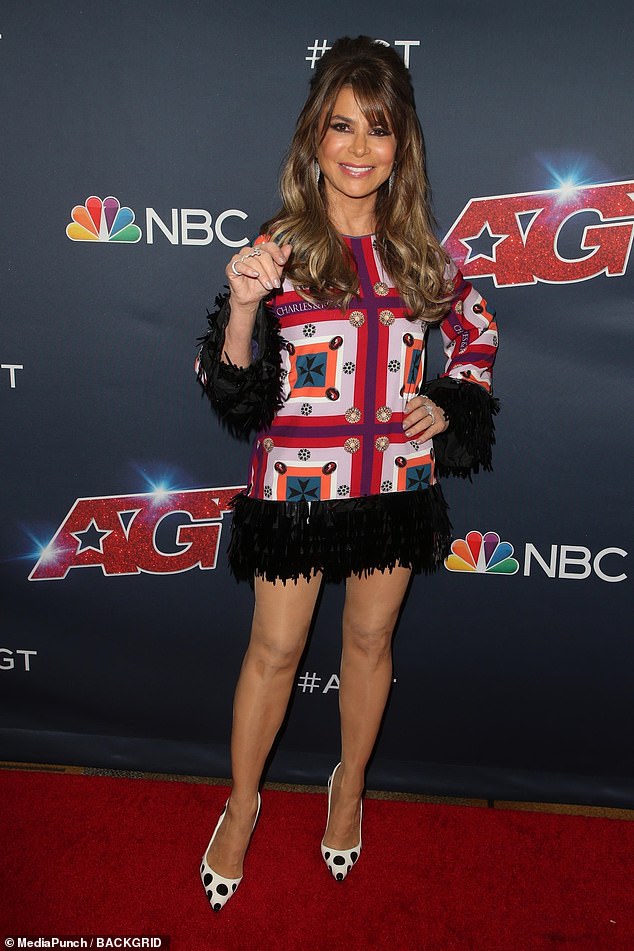 Together again: Paula Abdul surprised Simon with her appearance on the finale

Tender moment: Simon and Paula embraced at the Dolby Theatre

Show judge Howie Mandel, 63, and host Terry Crews, 51, both dressed up for the finale in dark suits and ties.

Season 14 of AGT was won by blind an autistic singer Kodi Lee, 22, who was Gabrielle’s golden buzzer pick.

Kodi during the two-hour star-studded season finale performed a duet with Leona of You Are The Reason with him playing piano and providing vocals. 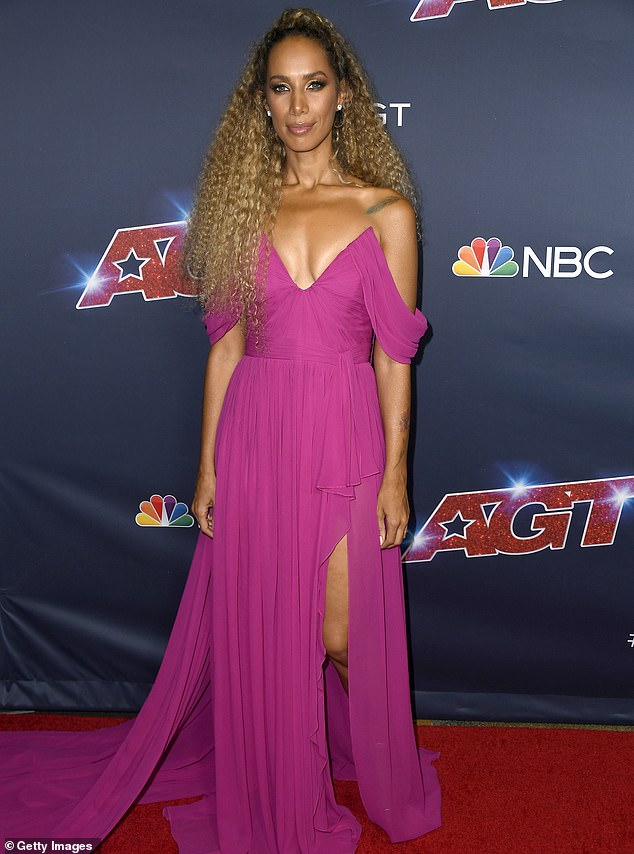 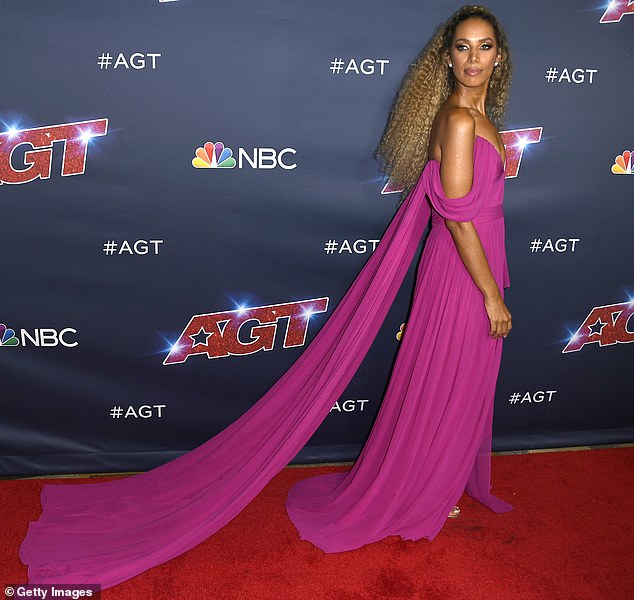 Trailing behind: The singer’s dress featured a long train 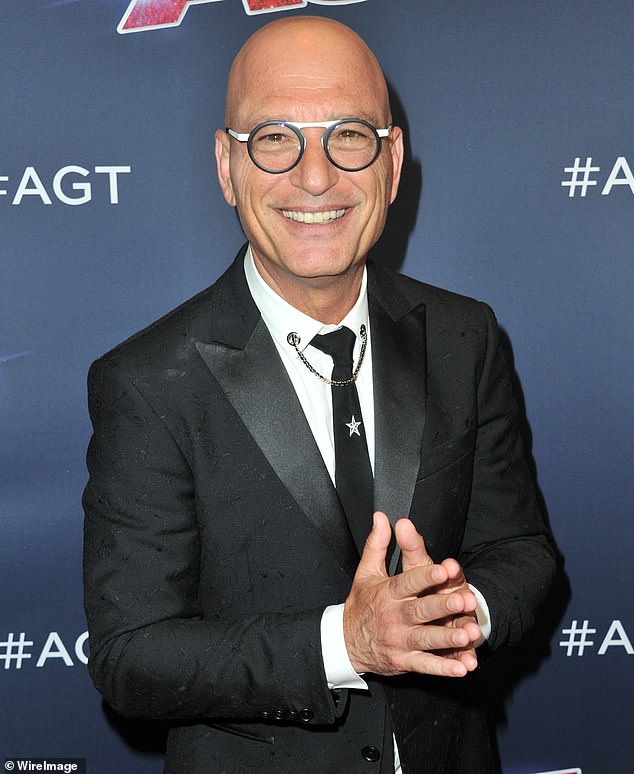 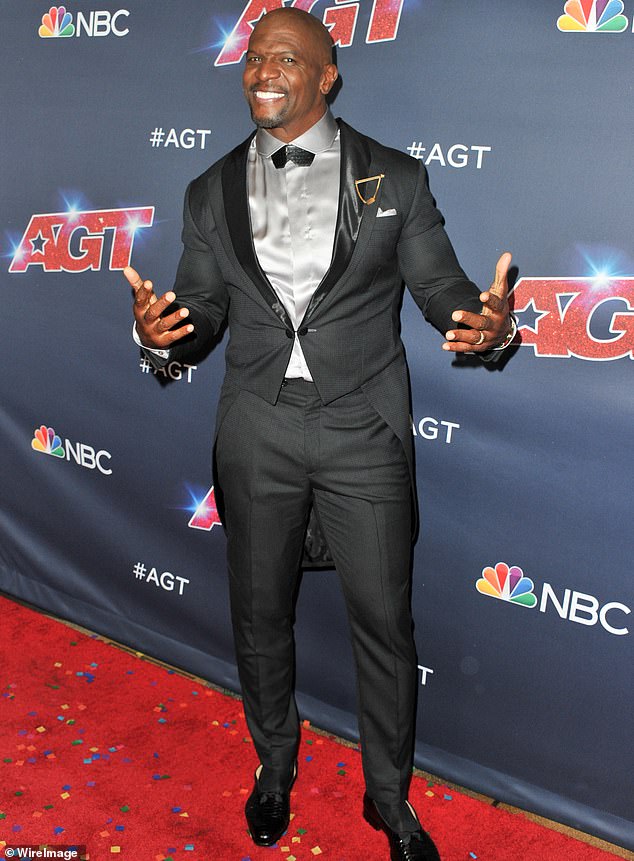 The host: Terry Crews looked sharp in a dark suit and bow tie

Gabrielle and Leona were both spotted with winner Kodi on the carpet after he won the $1 million prize.

Kodi in addition to his $1 million prize earned a headline show at Paris, Las Vegas Hotel & Casino on November 7-10.

Season 13 of America’s Got Talent was won by magician Shin Lim in September 2018. 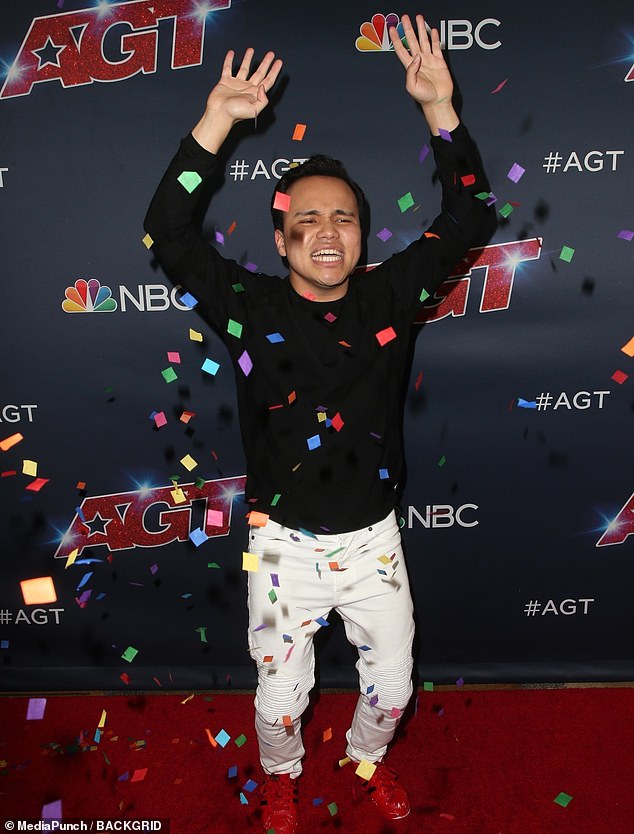 The winner: Kodi Lee celebrated winning season 14 on the carpet 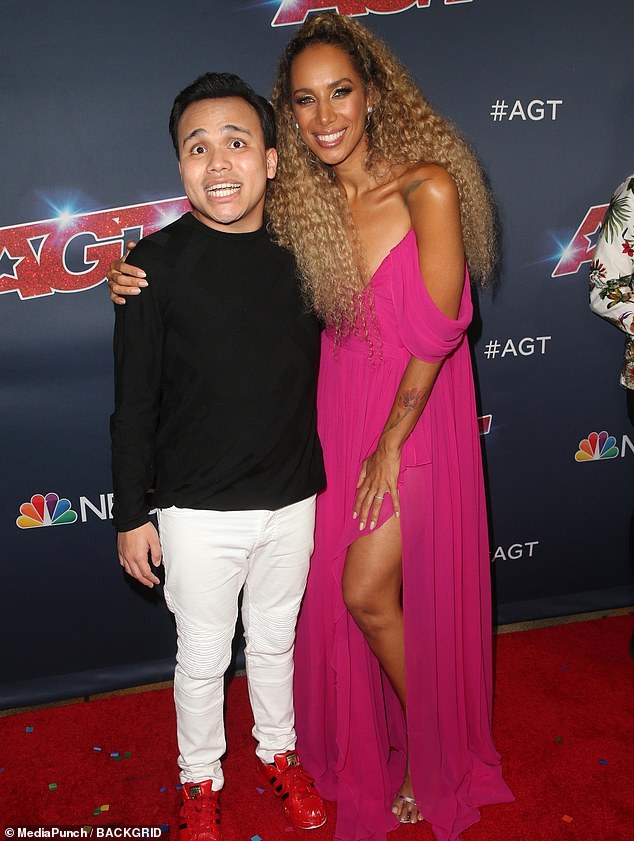 Dynamic duo: Leona got together with Kodi after performing with him during the finale 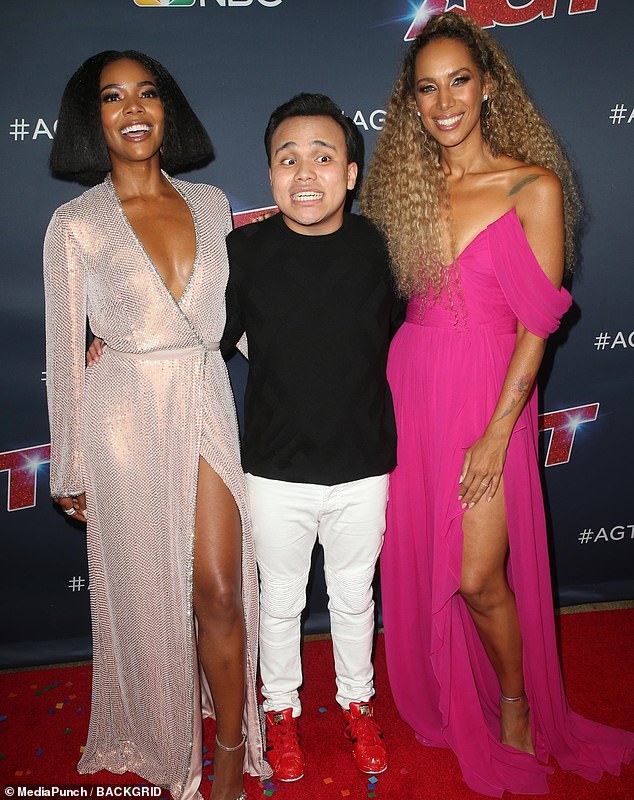 The finale also featured Julianne belting out the world premiere of her new single Transform that she sang alongside finalists V Unbeatable.

She was tossed in the air while dancing with the acrobatic dance troupe and showed her dancing ability in choreographed moves with the finalists. 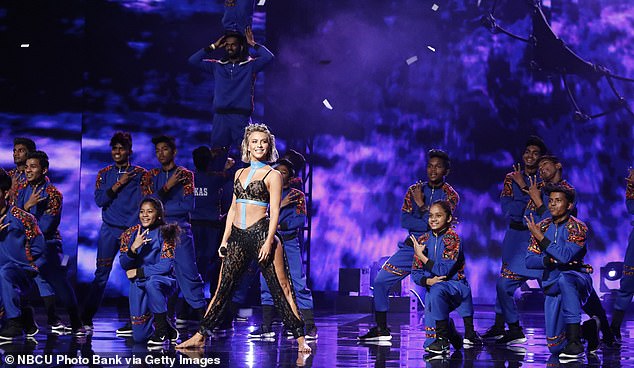 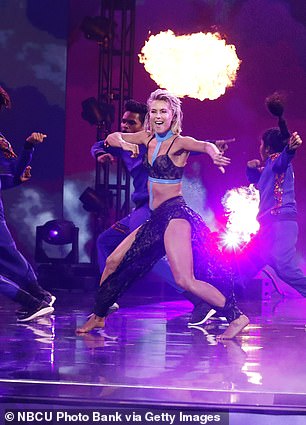 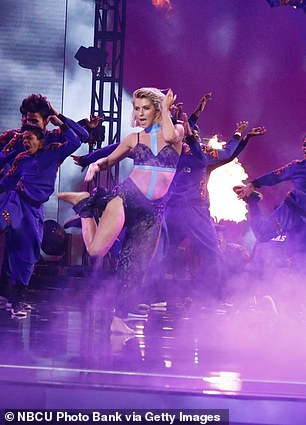 Dance moves: Julianne showed her dance ability during her performance 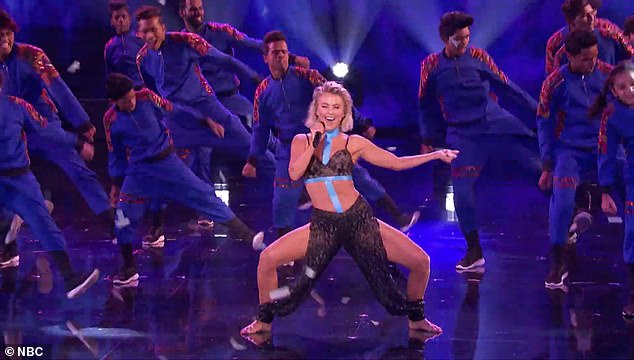 Getting low: The judge got down while performing her new song Transform 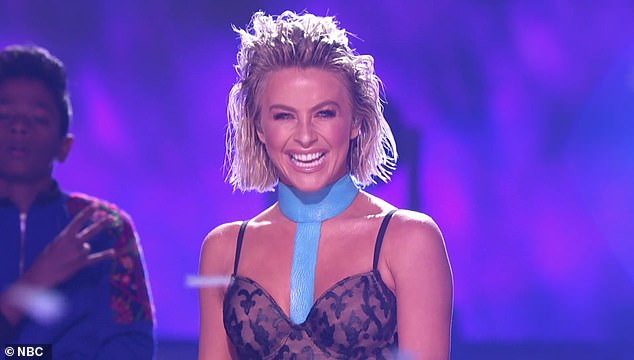 Good times: Julianne was clearly having fun while belting out her new single