And now, Game 6 awaits them all.

A trio of possible series-ending games are on Friday night’s NBA playoff schedule: Cleveland at Indiana, Toronto at Washington and Oklahoma City at Utah. For the Cavaliers and Raptors, the scenario is they advance with a road win or head back home for Game 7 on Sunday. The Thunder don’t have such a safety net; they must win in Salt Lake City, or it’ll be the Jazz going to the second round.

Cleveland Cavaliers’ LeBron James reacts after making the game-winning shot in the second half of Game 5 of an NBA basketball first-round playoff series against the Indiana Pacers, Wednesday, April 25, 2018, in Cleveland. The Cavaliers won 98-95. (AP Photo/Tony Dejak)

James went from goaltending to game-winning in a matter of seconds in Game 5 on Wednesday night, his straightaway 3-pointer at the buzzer giving Cleveland a three-point win and a 3-2 series lead. Westbrook and George looked well on their way to summer vacation in their Game 5 matchup with the Jazz , before they combined for 54 points in a 61-28 Oklahoma City run that rallied the Thunder from a 25-point second-half deficit.

The stars carried the Cavs and Thunder.

The Raptors, they have a 3-2 lead thanks to a more unsung hero. Delon Wright was fantastic for Toronto in the fourth quarter of Game 5 against Washington , and the Raptors held serve by beating the Wizards to reclaim the lead in their series.

What James did was stunning in Game 5, and his final half-minute was memorable to say the least. He went from potential goat (turning the ball over, which the NBA said was a bad call) to hero (blocking Victor Oladipo’s layup, which the NBA later said was also a bad call and should have been goaltending) to hero by hitting the game-winner.

“He’s the best player in the world,” Cleveland’s Kyle Korver said. “He’s on our team, he’s going to give us a chance every single night. We all have to do our part but he is that good.”

Oklahoma City was finished, done, ousted – except no one told Westbrook and George. Those players alone shot 20 for 35 (and 6 for 9 from 3-point range) in the final 20 minutes of Game 5 against Utah, while the Jazz shot 11 for 36, 1 for 16 from 3-point range. So a 25-point hole in the third quarter ended up as a eight-point win, and now Utah will inevitably feel pressure in Game 6.

In Toronto, Wright scored 11 points in the fourth as the Raptors pulled away.

Some other things to know going into Friday’s Game 6 matchups:

NEED TO KNOW: The Wizards have been so much better at home than on the road, winning eight consecutive playoff games in Washington, so pushing this to a Game 7 is not out of the question. But another fourth-quarter collapse like in Game 5, when coach Scott Brooks’ team gave away a lead and went more than 3½ minutes without a point, could spell the end of what would amount to a disappointing season for the No. 8 seed Wizards. “We’re having trouble closing out games in Toronto,” Brooks said Thursday at the Wizards’ arena. “We’ve done a pretty good job of closing out games here.”

KEEP AN EYE ON: DeMar DeRozan. He has been the unquestioned star of this matchup for No. 1 seed Toronto, putting up 28.8 points and 5.0 assists, with three games of at least 30 points apiece.

PRESSURE IS ON: Washington’s trio of max-contract players. While PG John Wall has been mostly terrific all series, averaging 26.6 points, 12.2 assists and 5.8 rebounds, his minutes (38.8) might be catching up to him. He faded late in Game 5, as did SG Bradley Beal, who was great in Games 3 and 4 at home, less so on the road. The biggest issue for the Wizards is a lack of production from their third-best player, SF Otto Porter Jr., who is scoring only 10 points per game and has made five 3s all series. As a whole, the Wizards need to be better from beyond the arc than in Game 5, when they went 5 for 26, 1 for 10 in the fourth quarter.

INJURY UPDATE: Porter sat out the last regular-season game with a strained right calf and his playoff problems could be connected to that. … The leader of Toronto’s second unit, PG Fred VanVleet, has played a grand total of three minutes in the series because of a hurting right shoulder.

NEED TO KNOW: When James gets a chance to land a knockout blow, he delivers. The last 11 times a James team has gotten to 3-whatever in a series, it has closed out the matchup in its very first opportunity. That’s not a great sign for the Pacers.

KEEP AN EYE ON: How Indiana responds. It’s very simple – after the NBA’s Last 2 Minute Report on Thursday for Game 5, the Pacers can very easily get lost in how Oladipo’s layup should have counted. Would James have gone for a 3-pointer if the Cavs were down by two in that situation? The Pacers need to regain focus and not worry about what’s already done, since calls were missed both ways in that game.

PRESSURE IS ON: Oladipo. He’s had a great year, and will likely be the league’s Most Improved Player. And he’s had a strong first five games, as well. But if he’s going to be thought of as someone who’s gotten to that next level, staring James down and fending him off in an elimination game would probably help his cause.

GETTING DEFENSIVE: The Pacers are 27-2 this season when holding opponents under 98 points, and 2-0 in this series when that happens.

NEED TO KNOW: Westbrook finally broke out in Game 5 and took over. Oklahoma City got Utah post players Rudy Gobert and Derrick Favors in foul trouble, allowing Westbrook to play his normal aggressive style. Westbrook scored 33 of his 45 points in the second half to help Oklahoma City rally for a 107-99 win. He likely will attack Utah’s bigs going forward, rather than trying to avoid them and settling for jumpers.

KEEP AN EYE ON: Jazz F Jae Crowder. After getting ejected in Game 4, he scored a career playoff-high 27 points in Game 5. He scored 24 points in the entire series before Wednesday’s game. With George focused defensively on Utah star rookie Donovan Mitchell, opportunities likely will be there for Crowder.

PRESSURE IS ON: Thunder F Carmelo Anthony. As OKC was rallying from the 25-point hole, Anthony wasn’t involved. He played 6-1/2 minutes during that run, with zero shots and zero points. 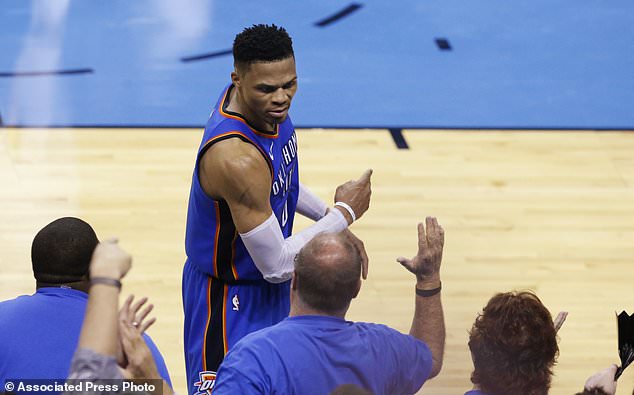 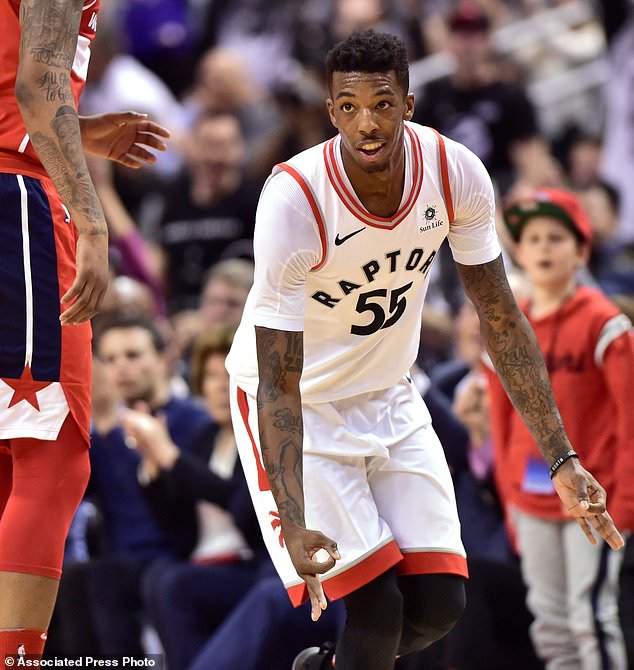