‘Game over’: Trump invokes Game of Thrones to celebrate the Mueller report’s findings

President Trump invoked Game of Thrones to celebrate the findings of the Mueller report becoming public on Thursday despite being warned by HBO in the past for infringing on its copyright.

As Attorney General William Barr rapped up a glowing press conference which exonerated the president from any wrongdoing and vindicated him as a victim of ‘unprecedented’ scrutiny, Trump tweeted a mocked-up image which showed him with his back turned.

The words included read: ‘No collusion. No obstruction. For the haters and the radical left democrats – game over.’

HBO did not immediately respond to the tweet on Thursday morning.

Trump tweeted on Thursday morning as the end of Attorney General Barr’s press conference that exonerated him, invoking Game of Thrones imagery despite being told in the past not to by HBO

It previously warned him against using its imagery, saying in a statement last year after he used it to threaten sanctions: ‘We were not aware of this messaging and would prefer our trademark not be misappropriated for political purposes.’

In a tweet at the time on the show’s official account, writers added: ‘How do you say trademark misuse in Dothraki?’

Stars of the show also hit back at it.

Maisie Williams tweeted in response to the November tweet: ‘Not today.’

The president was also reprimanded by Warner Bros for using music from The Dark Knight Rises earlier this month.

He took the tweet down after being contacted by the company’s lawyers who said it accounted to copyright infringement. 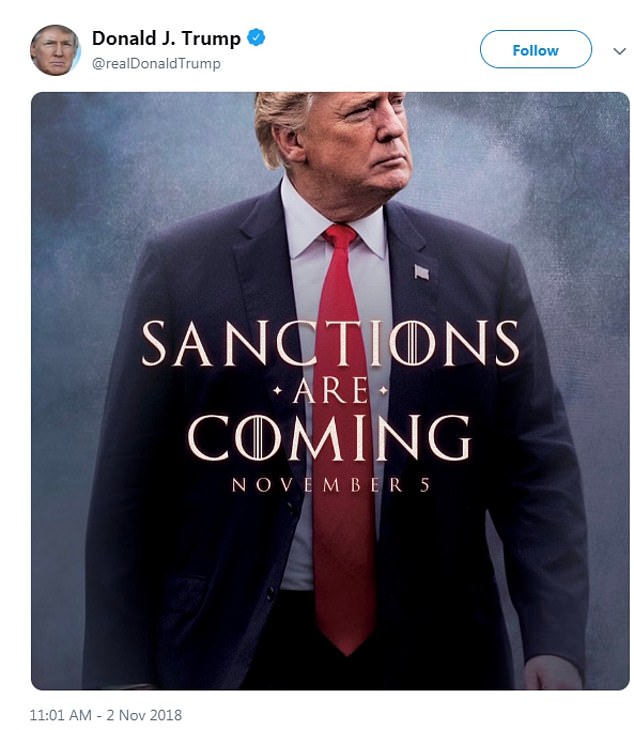 In November, Trump attracted criticism from the show by playing on its famous phrase, Winter is Coming, to promote himself and threaten sanctions

Maisie Williams, one of the show’s leading stars, hit back at him on Twitter directly

‘Donald J. Trump. Your vote. Proved them all wrong.’

The video showed images of his presidency, including his meeting with North Korean leader Kim Jong-un and the confirmation of Supreme Court Justice Brett Kavanaugh.

‘Your vote proved them all wrong,’ the two-minute video said, calling Trump’s 2020 re-election a ‘great victory.’

HBO did not immediately respond to DailyMail.com’s inquiries on Thursday morning. 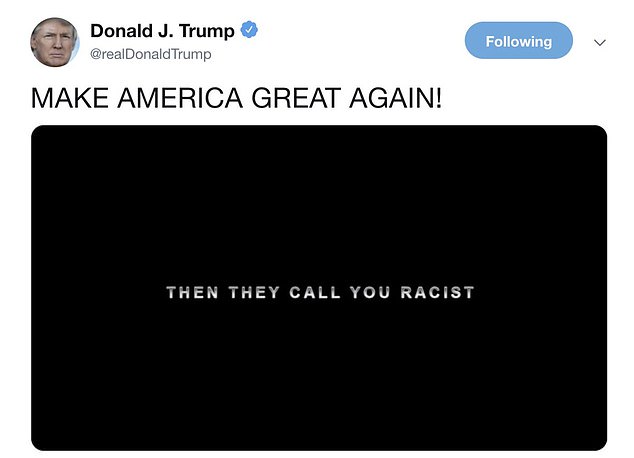 Before: This was the original message tweeted by Trump before Warner Bros complained last week. It showed a more than two minute long video using the theme from The Dark Night Rises 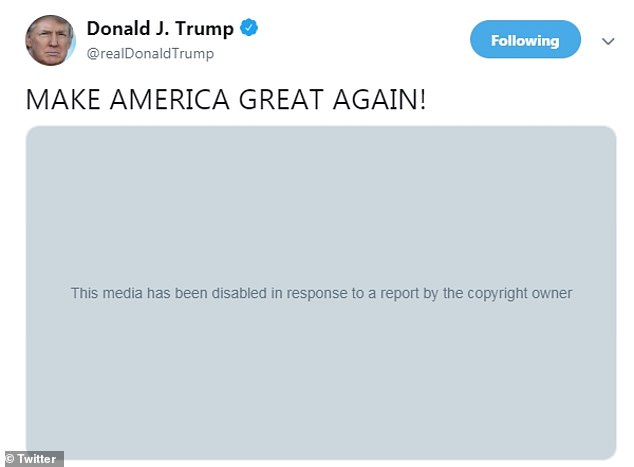 Woops: All that was left after the complaint from Warner Bros. about the unauthorized use of their copyrighted material