The victim, believed to be in his 20s, was found near Willesden Magistrates’ Court in Brent, London, just before 3.30pm yesterday. The man had been stabbed several times in the brutal attack.

The victim was initially thought to be fighting for his life, but his condition has since improved.

A man in his 20s was stabbed in Willesden, north west London, yesterday afternoon, pictured, by a gang who filmed the attack on their mobile phones 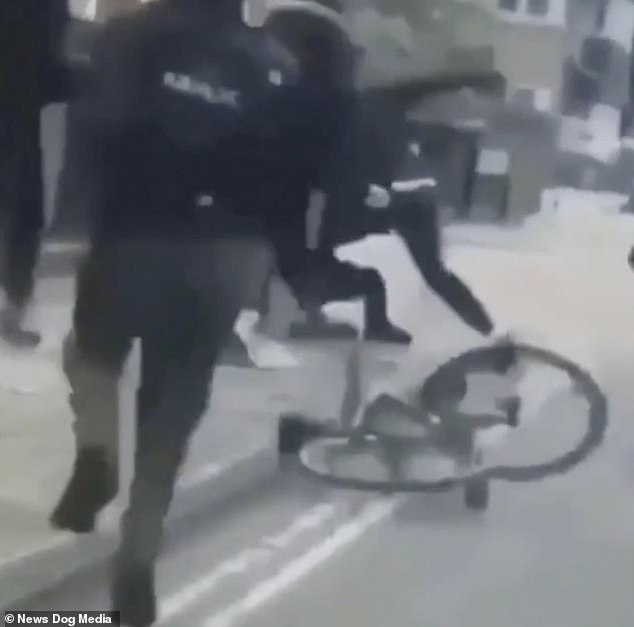 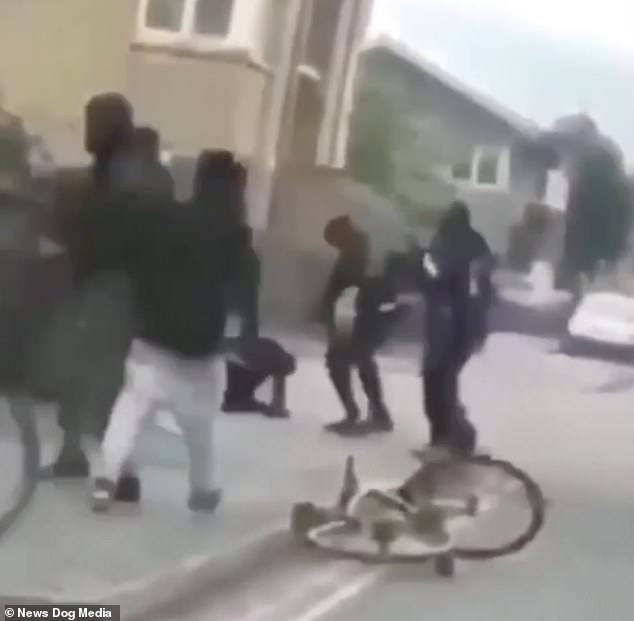 The appalling attack is believed to have filmed by one of the assailants and the clip has since been shared across social media. In the video, the aggressor films the wounded victim and proudly gloats at his injuries for the camera.

In the distressing clip, a group of hooded thugs are seen chasing after the victim down Chapel Close, on bicycle and on foot. A cackling accomplice drives behind them in a car and films the attack.

The gang eventually catch up to the young man and the man filming stops the vehicle to apparently join them. The thugs can be seen savagely kicking, punching and stabbing the victim who lies on the ground.

In a second clip, the victim is seen lying injured face down on the pavement with a huge stain of his own blood on the wall next to him.

The man – who is filming the scene – gestures at the wounded victim and insults him and threatens his mother.

The victim can be heard quietly moaning in pain as the footage cuts to an end.

A spokesperson for the Metropolitan Police said: ‘Officers were called at 15:26hrs on Tuesday, 11 June, to Chapel Close at the junction with Chancery Crescent, NW10. A man, believed to be in his early 20s, was found at the scene with multiple stab wounds. The victim was taken to a central London hospital where his condition is now described as stable; his injuries are no longer believed to be life-threatening. A crime scene is in place. No arrests. Enquiries continue. Anyone with information is asked to call police via 101 quoting reference CAD 4612/11Jun.’