‘I saw a real ghetto in Australia’: Gangsta’s Paradise rapper Coolio says ‘wild’ Alice Springs reminds him of some of America’s toughest neighbourhoods

Rapper Coolio has claimed Alice Springs reminds him of some of America’s toughest neighbourhoods.

The 90s icon – best known for his 1995 hit ‘Gangsta’s Paradise’ – made the comparison as he flew into Melbourne airport earlier this year during a tour of Australia.

‘Alice Springs was different… it was a little more ghetto than I imagined,’ he told a reporter at the airport.

‘I’ll be honest I didn’t think you would get that ghetto. I actually saw a real ghetto in Australia – I never thought I would – Alice Springs was the ghetto.’

The 55-year-old rapper performed at the Gapview hotel in Alice Springs on Thursday May 16.

It was the tenth stop on his 2019 Australia Tour that saw the former Grammy winner playing in suburban pubs across the country.

‘This will be my first time visiting Alice Springs. I’ve done shows in Darwin before,’ he told the Centralian Advocate before the concert.

‘I know it’s in the centre of Australia. I’m looking forward to experiencing everything first hand when I arrive,’ he said.

Coolio – real name Artis Leon Ivey Jr. – rose to fame in the 1990’s with the hit song Gangsta’s Paradise which featured on the soundtrack to the movie Dangerous Minds.

He is credited as one of the artists bringing gangster rap into the mainstream, along with fellow 90s rappers such as Snoop Dogg and Tupac Shakur, though was never able to replicate the success of his early hit.

He has been linked to Los Angeles gang the Mona Park Compton Crips early in his career.

In his later career, however, he has focused on charity work with organisations such as the Asthma Foundation and on his cooking show ‘Cooking with Coolio.’ 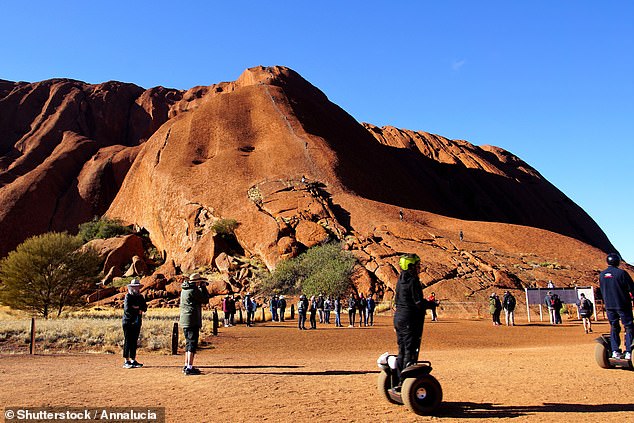