Garage owner helps homeless man get back on his feet

A homeless man now has a job, has given up drugs and has a new lease of life thanks to the kindness of a businessman who ‘wanted to give him a chance’.

Mr Zaman decided he wanted to help Mr Wilkes get back on his feet after finding the 23-year-old begging on the street in Sparkbrook, Birmingham.

He not only offered Mr Wilkes a two-week trial at DAC Car Wash but also provided him with accommodation.

New lease of life: Kriss Wilkes (left) is back on his feet again after kind-hearted garage owner Shezad Zaman gave him a chance

Mr Wilkes has taken to his new role with such enthusiasm that he has even appeared in a promotional video for the business.

Mr Zaman said: ‘I saw Kriss on the street right outside the garage when  Iused to finish work.

‘He would be collecting money by the traffic lights and I said to him, “you’re a local lad, you don’t need to be doing this, come and work for us instead”.

‘He came in for a two-week trial and worked hard and showed me he was capable of doing what we do. 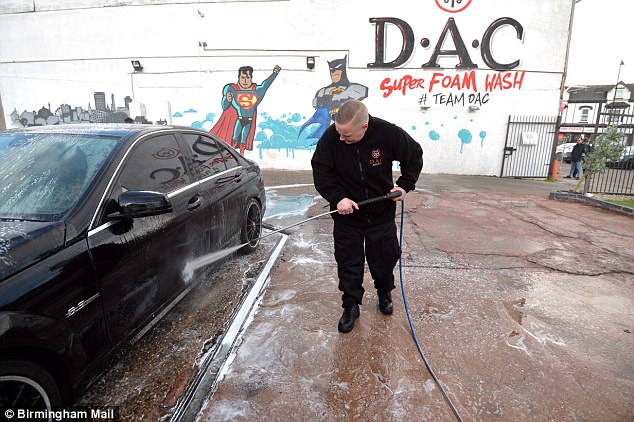 Hard-working: Mr Wilkes was sleeping rough on the streets of Birmingham when Mr Zaman offered him a job 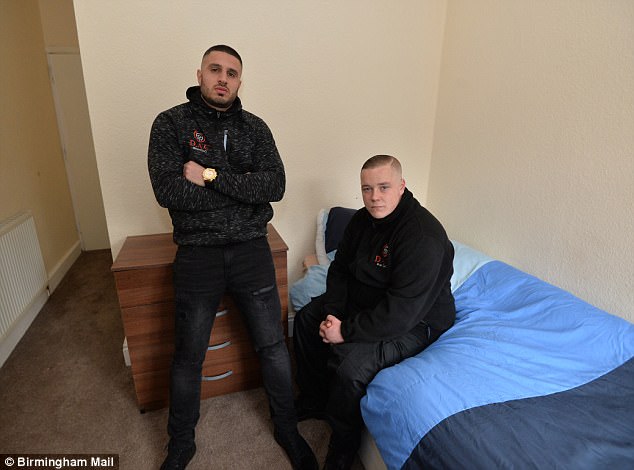 Mr Wilkes is originally from Walsall but moved to Blackpool before returning to the West Midlands. He is pictured with Mr Zaman in his new bedroom

‘He now works part-time and I have found him a room in one of my son’s houses.

‘Kriss has had a lot of setbacks but I wanted to give him a chance to make something of his life.

‘He’s happy and enjoying working with us.’

The promotional video – which has been posted on the business’ Facebook page – shows Mr Wilkes dancing and rapping about the garage’s services.

Mr Wilkes said: ‘I was a homeless man a few months ago, I was addicted to drugs but now I’m clean.

‘I used to sleep rough in my car or in shop doorways in town.’ 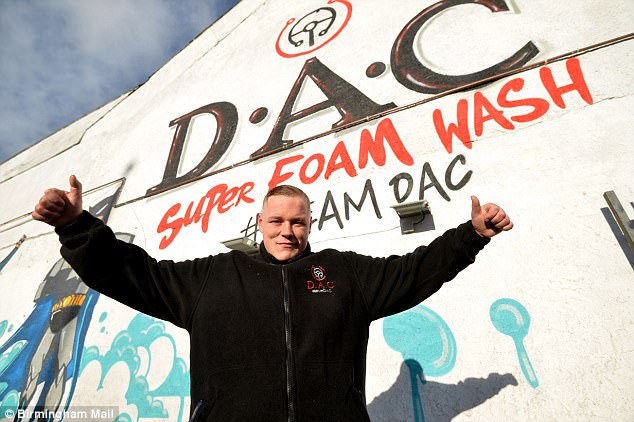 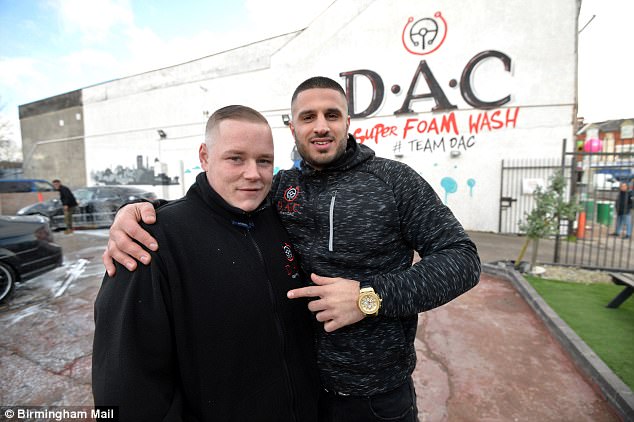 Mr Wilkes (pictured left with Mr Zaman) who returned to the West Midlands after living in Blackpool for a while, used to beg for money before meeting the businessman

Mr Wilkes is originally from Walsall but moved to Blackpool before returning to the West Midlands.

He said: ‘When my dad died I came back and my head was a bit gone.

‘I used to sit at some traffic lights on the Stratford Road in Birmingham and beg until one day when my gaffer, Shezad, came over and gave me a chance.

‘He got me a room sorted and got me a job. He got me fresh clothes, trainers, shoes and basically I’m living alright and I’ve sorted myself out and I’m getting there.’

Staff at the car wash carry out a charitable mission every Christmas.

The kind-hearted gestures usually involve handing out food to homeless people, but this year Shezad only needed look over the forecourt.

‘Kriss was literally right opposite the garage and I thought I would give him a chance,’ said the businessman.

‘We have to help each other and I thought if I wasn’t going to help him, who else would?

‘His father passed away when he was young and he moved to Birmingham.

‘A lot of people let him down and he couldn’t claim Jobseeker’s because he was homeless.

‘He’s been an amazing part of our team and we want him to be successful because he’s got his life ahead of him.’