Gareth Bale gives Zinedine Zidane Champions League final selection headache as Welshman stakes claim in Celta Vigo rout: ‘He was good at everything… I am happy for him’

Zinedine Zidane acknowledged he has a Champions League final selection headache after his Real Madrid side routed Celta Vigo 6-0 at the Bernabeu.

Gareth Bale and Isco both pressed their cases for starting places against Liverpool in Kiev on May 26.

Bale scored twice – making it seven goals in nine games – while Isco matched the Welshman’s stunning second with a wonderful individual effort from the other side of the penalty area. 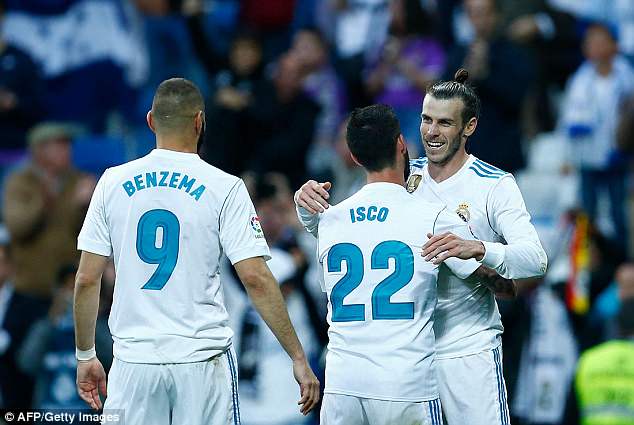 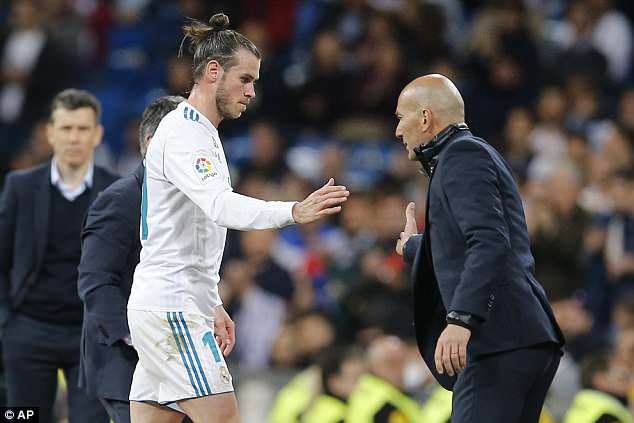 ‘It’s better to have everyone plugged in,’ Zidane said at his post-match press conference.

‘Then of course it will be a headache to select the team for the final.

‘We had a great game and that was important. We were very professional, scoring six goals and playing a lot of football. We did very well.’ 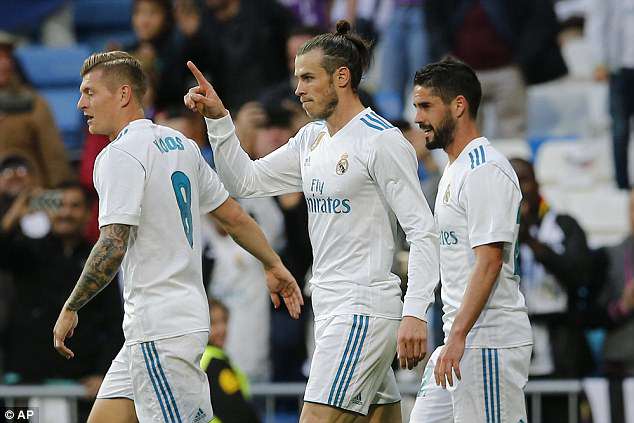 Impacted by injuries, Bale has struggled to find consistency but got a warm ovation in the win

Bale has often incurred the wrath of Madridistas, especially when his impact has been affected by injuries.

But the 28-year-old received a warm ovation when he was substituted after 71 minutes, his double taking his league tally for the season to 15.

‘He is very good, he has shown that,’ Zidane said. ‘He was good at everything. I am happy for him. But the important thing is that we all arrive in optimal form.’