Brexit is a ‘gargantuan’ challenge that will define the Government and Theresa May must agree to pay into the EU budget to secure a transition deal, an ex-minister warns today.

Lord Bridges, a Remain supporter who worked on the Brexit deal for a year before resigning in June, backed Philip Hammond’s ideal a for a ‘standstill’ transition deal.

He told the House of Lords Mrs May was being ‘careless’ to think her Government would be remembered for anything other than Brexit.

The PM is set to try and reboot her domestic agenda at the Tory Party Conference, choosing to make a major Brexit speech before the event instead.

Lord Bridges’ intervention came as another former minister warned civil servants may not be up to the task of Brexit.

Francis Maude said civil servants are too tolerant of mediocre colleagues and do not follow ministers orders.

Lord Bridges, who quit David Davis’s Brexit department in June, said quitting the EU was a ‘gargantuan’ challenge and said the UK must be ‘honest’ about the ‘complexity and scale’ of it. 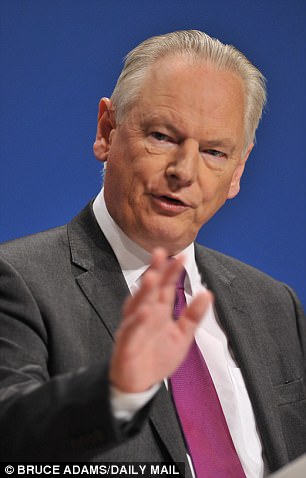 Speaking in the House of Lords, he also criticised ‘careless talk’ by Downing Street aides that Mrs May wanted to be remembered for other policies.

He said a bold offer from Britain could secure a transitional that would protect jobs and growth during Brexit.

‘We should make it clear that we are willing to continue to contribute to the EU budget as we cross the bridge – in other words, between March 2019 and the end of 2020,’ he said.

Lord Maude was damning in his criticism of the Civil Service.

In a speech as part of the Speaker’s Lectures series in Parliament, he said too many promotions were based on length of service and not merit.

He said: ‘The British civil service must rid itself of the tendency to solve the problem of underperforming officials by promoting them or moving them sideways, a practice known in America as turkey farming.’ 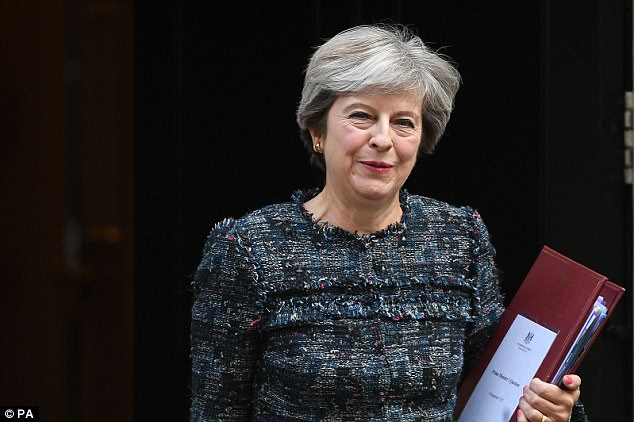 The former Cabinet Office minster warned: ‘Honesty and integrity are two of the civil service’s statutory values. Yet it is surprising how often ministers are told things that are simply not true.

‘Quite often I would be told that the law precluded a particular course. More often than not it was not the case.

‘On one occasion I asked a cross-departmental group of officials why a cabinet committee’s very clear decision had simply been ignored. The answer? ”We didn’t think it was a very strong mandate.”

‘What on earth do you need, a papal bull?’