Gary Busey has been charged with sexual offenses at a New Jersey fan convention last weekend.

The charges stem from offenses at the annual Monster Mania Convention at the Doubletree Hotel on August 12-14 in Cherry Hill, a suburb of Philadelphia, police said.

The actor, who lives in Malibu, California, was scheduled as a featured guest for all three days of the event. 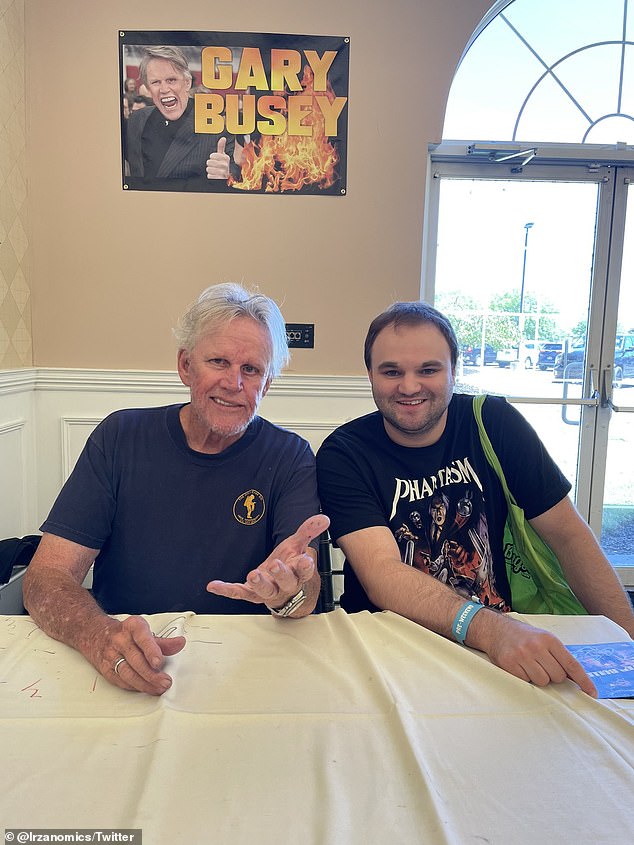 Busey is seen with a fan the annual Monster Mania Convention, which was held at the Doubletree Hotel on August 12-14 in Cherry Hill

Cops said that the charges relate to more than one incident at the fan convention, but did not offer details about the alleged crimes or the victims.

Police initially did not identify the suspect as the actor, but followed up with a statement saying that Busey was the man facing charges.

It wasn’t immediately clear if Busey had an attorney in the matter, and a representative for the actor didn’t immediately return a message seeking comment Saturday.

Busey is widely known as a character actor, largely in supporting roles, though he came to attention and was nominated for an Oscar for best actor for playing the title role in the 1978 film ‘The Buddy Holly Story.’ 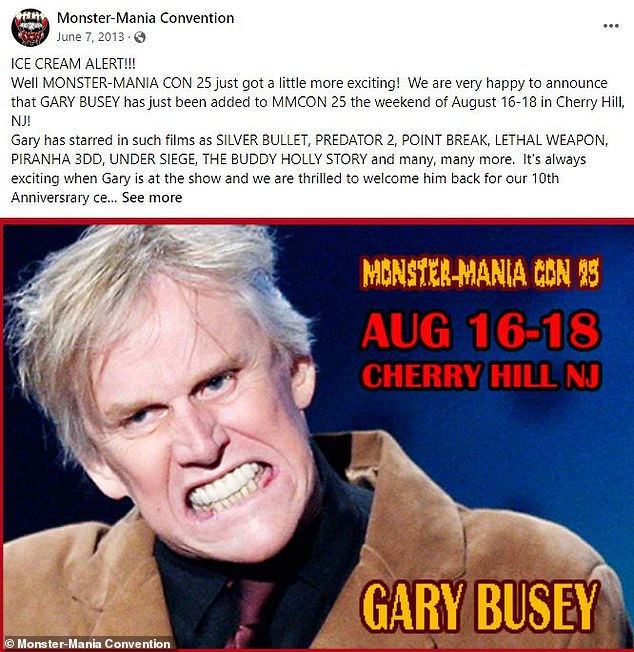 The actor, who lives in Malibu, California , was scheduled as a featured guest for all three days of the event