Gary Neville has insisted he regrets not speaking out against the controversial Glazer family ownership of Manchester United sooner.

United’s American owners have been a source of contention at Old Trafford ever since they became majority owners in 2005, facing significant fan anger and backlash.

After taking over the club through a leveraged buyout which placed £525m worth of loans onto the brand of United, they had racked up the club’s debts to £495m by the end of 2021.

Overall, the Glazers have taken more than £1bn out of United in the form of dividends, interests, costs and fees during their 17-year-reign, which has been dominated by a decline in on-pitch performance and success.

In bombshell news earlier this week, United’s owners announced they are open to selling the club.

And Neville, who was one of several first team players at the time in 2005 that didn’t speak out about the controversial takeover despite heavy protests from fans, has insisted he does wish he had raised his concerns about the unpopular American family sooner.

‘I don’t want to come up with excuses,’ he told Sky Sports. ‘It was probably because we were successful and we were managed by Sir Alex Ferguson, who stuck to football.

‘No player or member of staff ever spoke out against the leveraged takeover. When it happened we got on with winning trophies, winning the Champions League and winning Premier Leagues. 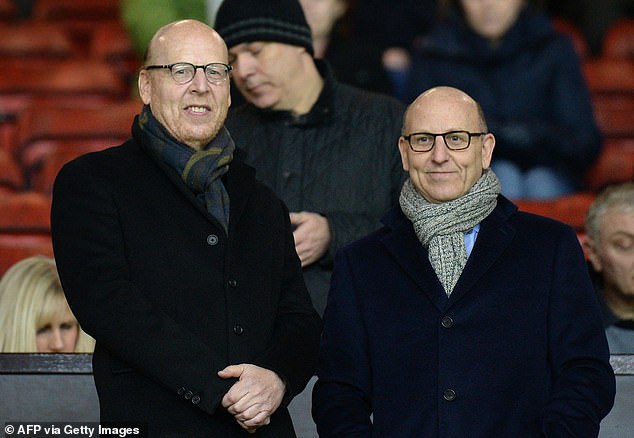 ‘And the club, to be fair, carried on being successful. I worked on the theory at the time that we could have worse owners.

‘They were quite passive. I never saw any interference while I was at the club as a player.’

Between 2005 and Sir Alex Ferguson departing Old Trafford at the end of the 2012-13 season, the Red Devils won five Premier League titles in seven seasons.

They also achieved one Champions League title, three EFL Cup triumphs and were victorious in the Community Shield on four occasions.

Neville believed that the end of Ferguson’s tenure at the club, which has led to a barren nine years, was the turning point in his realisation of the damage the Glazers were doing to the club. 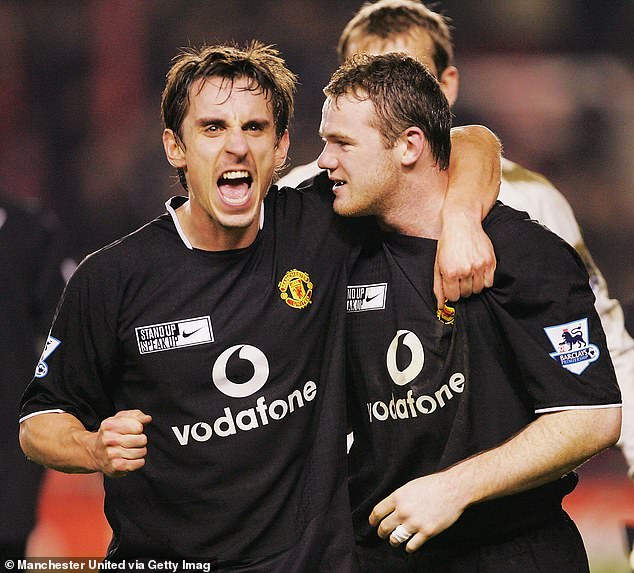 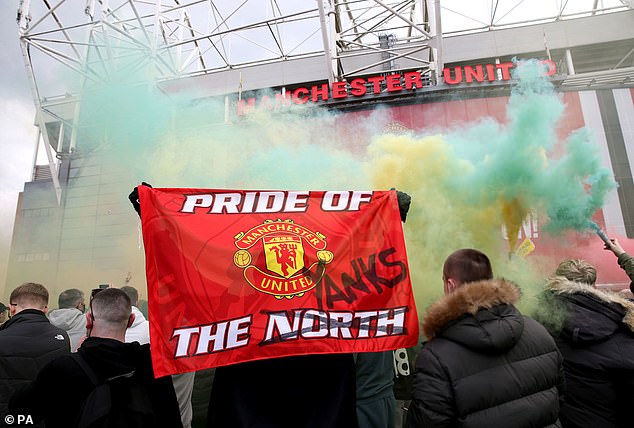 ‘They haven’t been able to develop a successful sporting project without him.

‘So the fact of the matter is, they’ve taken dividends out, they’ve not developed the stadium, they’ve let the training ground go to ruin.

‘They really are second-class when it comes to the status of infrastructure at the club and the facilities.

‘That can’t happen when you’re not successful on the pitch. So you put all that together and you get to a point whereby enough is enough.’

‘I started to speak out about two or three years ago. Many fans will say I should have done it earlier and I can’t disagree with them.

‘I can have regrets about it all my life, but the reality is I have spoken out in the last two or three years quite a lot. I haven’t enjoyed what I’ve seen.

‘The signs were obviously there 15 years ago and most fans were right. But let’s make sure we don’t jump out of the frying pan into the fire.’ 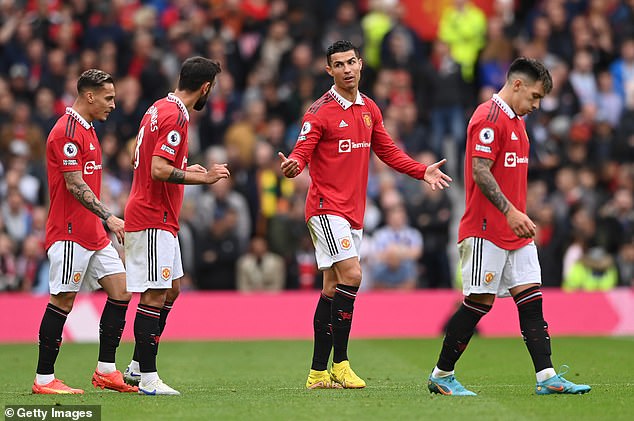 Since Sir Alex Ferguson left the club in 2013, it has been a miserable nine-years for the club

With United now up for sale, Neville also said he was concerned about who could come in to take over the club and suggested that they must be honest and forthright with fans over their potential plans.

‘But whoever comes in, we need to know what the manifesto is. We need to understand what they’re going to do in that first five to seven years.

‘I think what Manchester United fans need to see is a manifesto from the new owner.

‘Manchester United can’t be handing over to an owner that basically screams against what the club stands for or what the club wants.

‘So there are manifesto pledges that I think are really important – like the fan voice, the fan experience, and maybe even positions for fans on the board.’